Nazanin Zaghari-Ratcliffe is being illegally held ‘hostage’ by Iran and is an emotional wreck, her husband says as she faces new charges in Tehran

Nazanin Zaghari-Ratcliffe is being held ‘hostage’ illegally by Iran and is an emotional wreck, her husband has said after new charged were announced by in Tehran.

The 42-year-old mother-of-one has been detained in Iran since 2016, when she was sentenced to five years in prison on spurious spying charges.

Having been moved to house arrest in March, when thousands of prisoners were granted clemency and released amid the pandemic, Mrs Zaghari-Ratcliffe was returned to court on Tuesday only months from her expected release date and told she would face a second trial.

Richard Ratcliffe said: ‘There is only so much abuse one person can take. Nazanin was asking today has she not had her share? The government needs to think about who will be taken next, and whether soft diplomacy stops the spread of state hostage-taking.’ 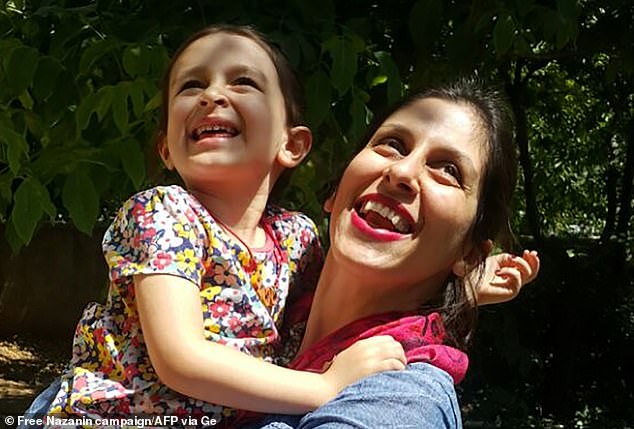 Mr Ratcliffe added that his wife was totally drained, suffering from claustrophobia and an emotional wreck.

Mr Ratcliffe’s statement on Wednesday said the new charges were of spreading anti-government propaganda, in a case officials dropped in December 2017, after a visit from the then Foreign Secretary Boris Johnson, but reopened in May 2018. 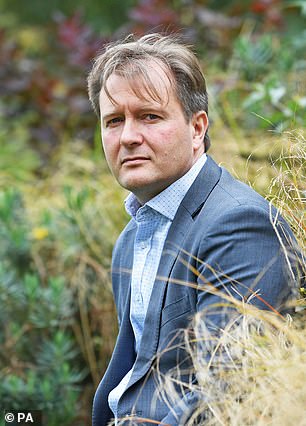 Insisting his wife is being held as leverage against a UK debt owed to Iran, Mr Ratcliffe has urged British officials to do ‘everything to protect her and others’ against Iran’s ‘hostage diplomacy’, starting with insisting they can attend her trial.

He said his wife’s detention – under house arrest at her parents’ home and fitted with an ankle tag – had been illegal since March, when Iran’s supreme leader Ali Khamenei announced the release on clemency of several thousand prisoners who met certain criteria.

Coming officially to mark the Persian New Year, the mass pardons were also seen as a move to combat the spread of Covid-19.

‘While we felt close to release these past few months, yesterday Nazanin was taken to the Revolutionary Court for a reopened second court case,’ Mr Ratcliffe said.

‘The case is illegal under Iranian law, as is the fact Nazanin was not already released back in March.

‘It has become increasingly clear the past months that Nazanin is a hostage, held as leverage against a UK debt. It is important that the UK government does everything to protect her and others as Iran’s hostage diplomacy continues to escalate.

‘This starts with the British Embassy insisting it is able to attend Nazanin’s trial on Sunday, and that the UK’s diplomatic protection is treated with respect.’ 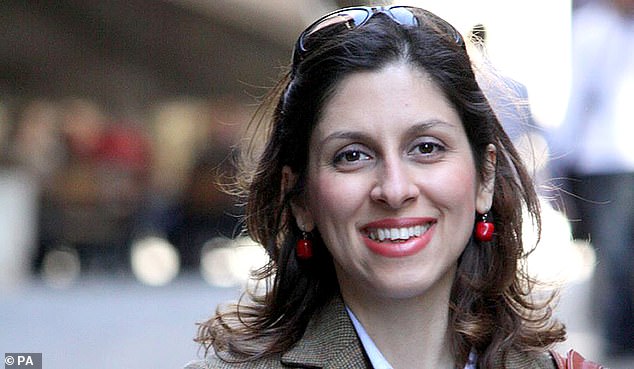 Mrs Zaghari-Ratcliffe was arrested at Tehran’s Imam Khomeini airport while travelling to show her young daughter, Gabriella, to her parents in April 2016

Mr Ratcliffe added: ‘Since the Supreme Leader made his announcement on 17 March, Nazanin has been formally entitled to clemency, and her ankle tag should have been removed.

‘For almost six months she has been illegally held even under Iranian law.

‘A few of those legally entitled to clemency had their confirmations held back since they were sensitive cases, though gradually all were allowed out on furlough. 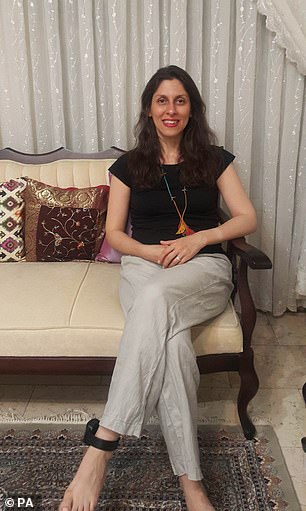 ‘However in July 2020 all other prisoners who met the clemency criteria had their clemency approved. Nazanin’s is the only case for which the Supreme Leader’s Order has not been implemented, marking her out as a unique prisoner.’

The latest development concerning Mrs Zaghari-Ratcliffe sparked swift condemnation in Britain of Iran, including calls from Amnesty International for the UK Government to ensure a second trial does not take place.

Kate Allen, the organisation’s director, said: ‘Nazanin has already been convicted once after a deeply unfair trial, and there should be no question of her being put through that ordeal again.

‘There have always been concerns that the Iranian authorities were playing cruel political games with Nazanin, and that looks to be the case here.

‘As a matter of absolute urgency, the UK Government should make fresh representations on Nazanin’s behalf, seeking to have any suggestion of a second trial removed.’

‘We have been consistently clear that she must not be returned to prison.’

Mrs Zaghari-Ratcliffe was arrested at Tehran’s Imam Khomeini airport while travelling to show her young daughter, Gabriella, to her parents in April 2016.

She was sentenced to five years in prison over allegations, which she denies, of plotting to overthrow the Tehran government.

She was later afforded diplomatic protection by the UK Government, which argues that she is innocent and that her treatment by Iran failed to meet obligations under international law.

It has been claimed Mrs Zaghari-Ratcliffe is being held in order to force the UK into settling a multi-million pound dispute with Iran.

After he was toppled in 1979, Britain refused to deliver the tanks to the new Islamic Republic and kept the money, despite British courts accepting it should be repaid.