A North Carolina sheriff’s deputy was shot while responding to a domestic disturbance Thanksgiving night after an armed suspect's wife tried taking a gun from her husband, officials said Friday.

Rockingham County sheriff’s deputies were investigating at a Reidsville home where three children were home shortly after 7 p.m. Thursday. When they arrived, the two deputies went inside, at which point 44-year-old Angel Galvin Silva walked in from another room “with a handgun tucked in his waistband,” officials said in a summary of events shared Friday on Facebook.

Silva’s wife appeared to try to disarm him by grabbing the gun. As she did, the gun went off, with one round striking deputy Tyler Wiseman in the leg, police said. 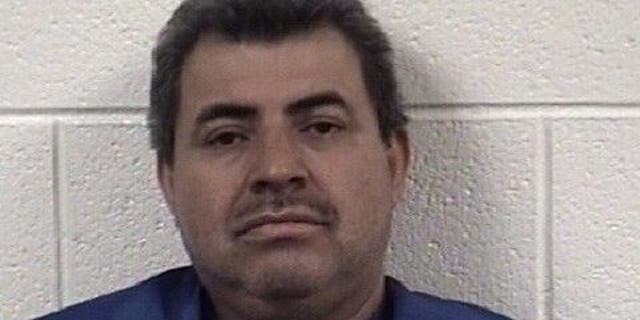 The other deputy on the scene, Tyler Wray, safely recovered the handgun and took Silva into custody.

Police charged Silva with assault by pointing a firearm at someone for an earlier, unrelated incident. He does not face any charges in connection with the sheriff's deputy’s injuries, officials said, as investigators determined that “the firearm’s discharge was not an intentional act.”