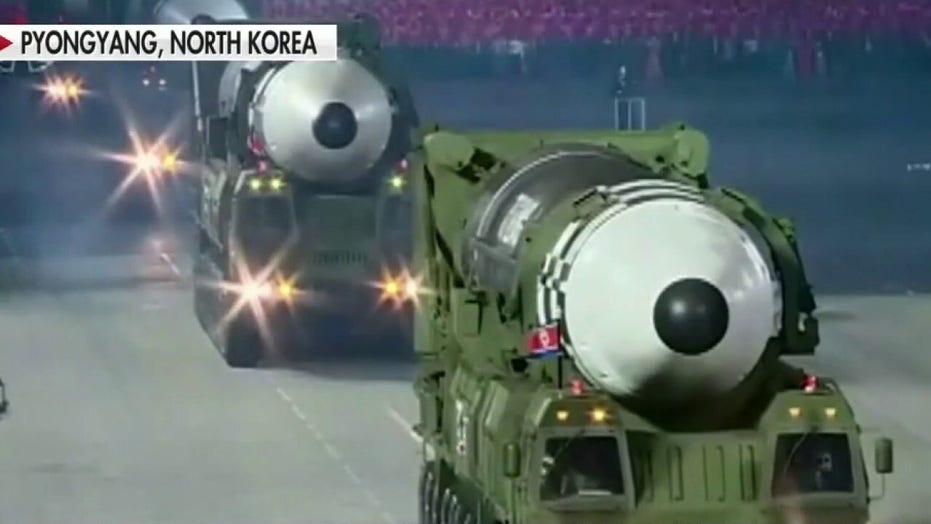 North Korea continues to insist that it remains free of the coronavirus pandemic, even as lockdown measures persist around the country.

Dictator Kim Jong Un renewed the claim Saturday during a military parade that aimed to bolster internal unity following a tumultuous year that saw border closures to stem the pandemic spread and devastating summer floods and typhoons that have exacerbated chronic food shortages. 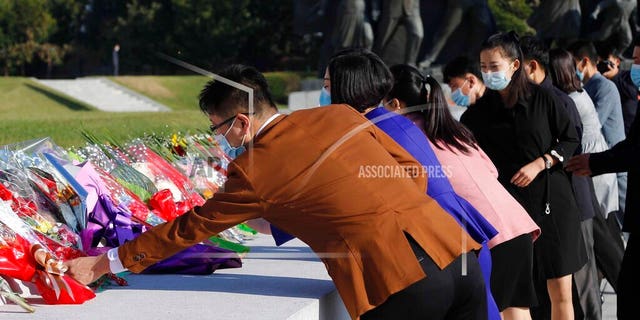 The parade celebrated the 75th anniversary of the country’s ruling party. Kim focused on a domestic message urging his people to remain firm in the face of “tremendous challenge” posed by the pandemic.

During his speech, Kim thanked citizens for overcoming “unexpected” burdens and abiding by the anti-virus measures imposed by the ruling party to keep the country pandemic-free, a claim that has been widely questioned by outside observers.

Increased lockdown measures in late July raised speculation that the nation had suspected cases, but even after reporting a possible first COVID-19 patient, North Korean officials insisted that the test was "inconclusive."

In a report to the World Health Organization, North Korea said it has quarantined 64 first contacts of the suspected Keasong case and 3,571 secondary contacts in state-run facilities for a period of 40 days, according to Dr. Edwin Salvador, WHO representative to North Korea.

Many outside observers are all but certain the virus has already entered North Korea because it closed its border with China, its biggest trading partner, weeks after the world’s first known virus cases were recorded in China in December.

“Though a really extensive local outbreak might not have occurred yet, it’s likely that a considerable number of people has been infected,” said analyst Hong Min at Seoul’s Korea Institute for National Unification. “Even though North Korea locks itself down, there should be suspected cases there and authorities must aggressively diagnose them. But North Korea has never been transparent about whether it has such a capacity and the will to do so.” 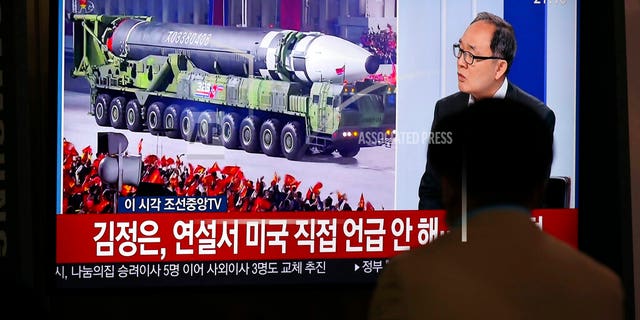 A man watches a TV screen during a news program reporting about the military parade to mark the 75th founding anniversary of the North Korea’s ruling Workers’ party, at the Seoul Railway Station in Seoul, South Korea, Saturday, Oct. 10, 2020. (AP Photo/Lee Jin-man)

During the parade, Kim also unveiled what appeared to be a new ballistic missile and warned that his country would “fully mobilize” its nuclear force if threatened.

“It is disappointing to see the DPRK (North Korea) continuing to prioritize its prohibited nuclear and ballistic missile program over working towards a brighter future for the North Korean people,” the White House statement read.

“The United States remains guided by the vision President Trump and Chairman Kim set forth in Singapore, and calls on the DPRK to engage in sustained and substantive negotiations to achieve complete denuclearization.” 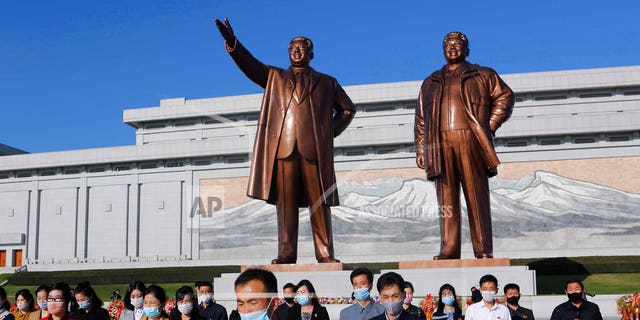 Kim’s speech accompanied a display of tanks, armored vehicles, rocket launchers and a broad range of ballistic missiles that rolled through Pyongyang’s Kim Il Sung Square. Rumors circulated in the week ahead of the event that Kim might unveil new weapons that he could use as leverage amid deadlocked nuclear diplomacy with the U.S.

One such weapon appeared to be North Korea’s biggest-yet ICBM, which was mounted on an 11-axel launch vehicle, and a supposedly new solid-fuel weapon that could be an advanced version of a North Korean missile designed to be fired from submarines.

Kim continued to insist that such measures were necessary for its defense, and that North Korea was not targeting any specific country.

KCNA reported that said residents in Kaesong and other regions who had lost their homes to the flooding and storms moved into newly built houses. The residents reportedly praised Kim Jong Un for looking after them as “their father.”