The Obamas had a guest during the early days of the pandemic: daughter Malia’s boyfriend, Rory Farquharson.

Like most families across the United States, the Obamas quarantined as the coronavirus pandemic began to rage in mid-March.

In comments made on The Bill Simmons Podcast on Thursday, Barack Obama noted that Farquharson was part of the family’s early quarantining.

‘There was this whole visa thing, he had a job set up, and so we took him in,’ Obama said on the podcast. ‘And I didn’t want to like him, but he’s a good kid.’ 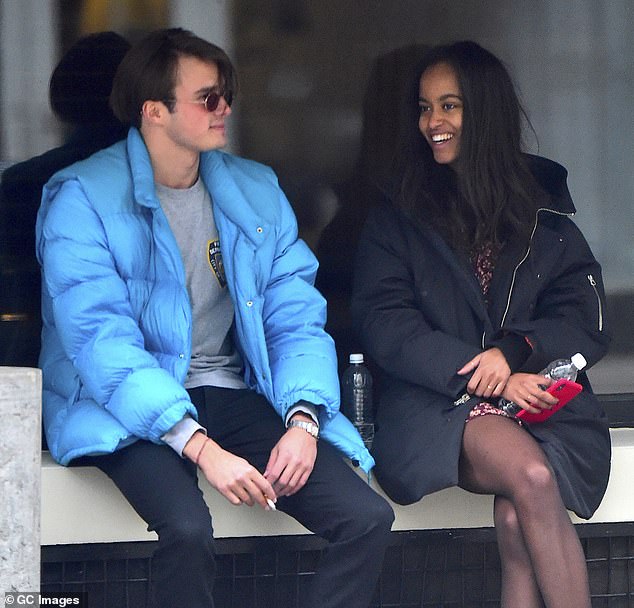 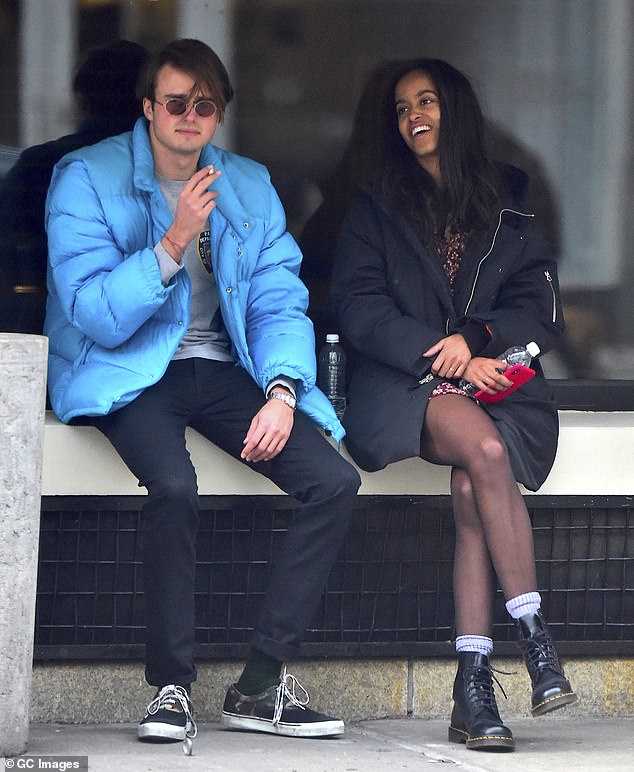 It’s not clear when they began dating, but they’ve been spotted together as early as 2017 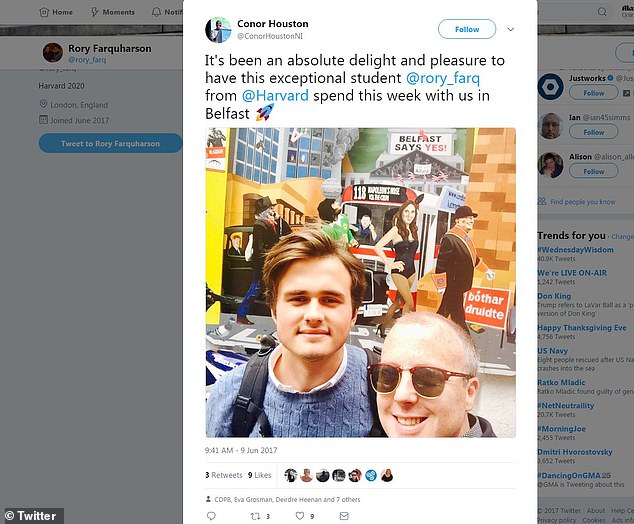 The former president had some nice anecdotes about quarantining together, including teaching card games to Farquharson and his daughters, Malia and Sasha.

‘Maybe teaching Malia and Sasha, and Malia’s boyfriend who was with us for a while, spades and then having some spades games,’ Obama said when asked about a fun quarantine moment. ‘And teaching them how to properly trash talk and slam the cards down.’

But he also learned that the dietary ways of Malia’s boyfriend were much different than what he had become accustomed to dealing with on a regular basis. 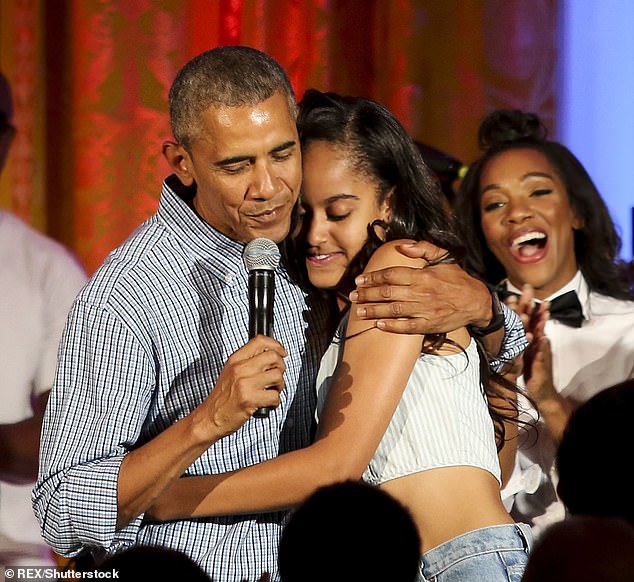 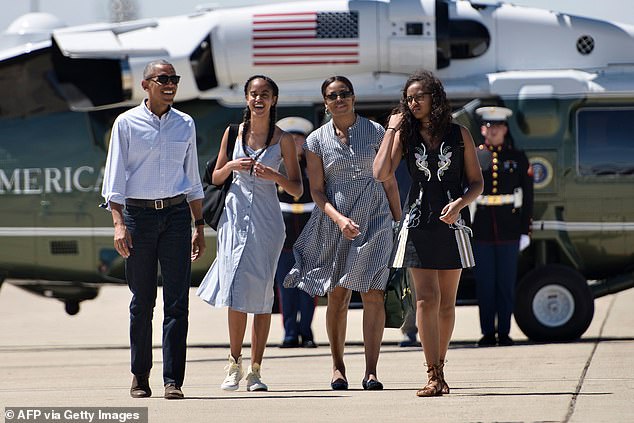 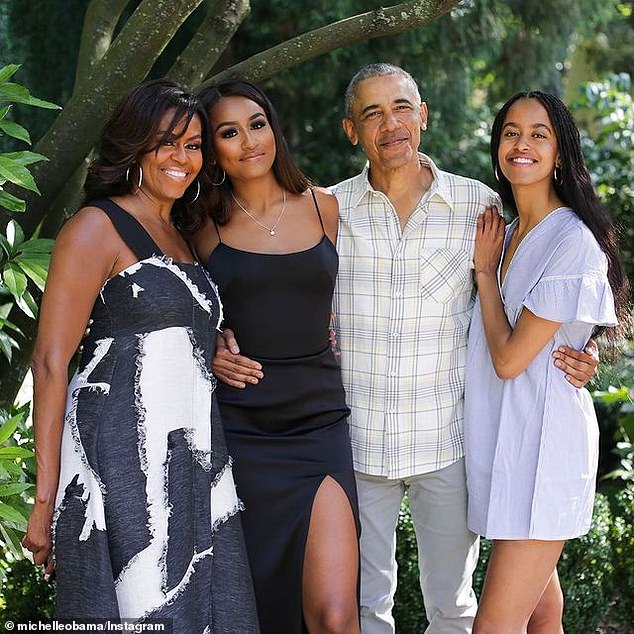 ‘They’re just back and they love you again and they wanna spend time with you again,’ Obama said about having his family home during the quarantine

‘The only thing you discover… [is] young men eat,’ Obama said.

‘It’s weird to watch them consume food. And my grocery bill went up about 30 percent.’

Overall, Obama appeared to look at the quarantine through a positive lens, noting the unexpected time he was able to spend with his daughters.

‘It’s a blessing because all the teenage stuff is kind of gone now,’ Obama said. ‘They’re just back and they love you again and they wanna spend time with you again.

‘I think a lot of families we went through that first month where we were playing games every night, doing arts and crafts projects and then, slowly, they started to get a little bored with us.’

According to the New York Post, Malia Obama and Farquharson met while attending Harvard back in 2017, when Malia was a freshman at the school.

They attended a tailgate party together for the infamous Harvard-Yale rivalry game that fall.

They also spent the Christmas holidays together in London in 2019.

Tatler reports the 22-year-old Farquharson is the son of an accountant and a chief executive of an investment firm.