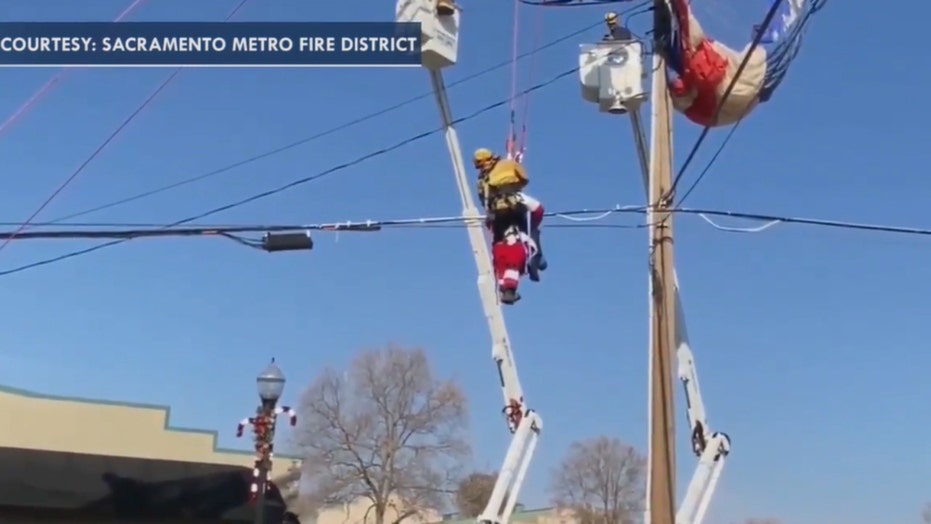 Paragliding Santa in California rescued after getting entangled in powerlines

A man who dressed up as Santa Claus and took to the skies above California with his paraglider was rescued on Sunday after becoming entangled in powerlines.

Santa Claus should stick with his reindeer and sleigh.

A California man who dressed up as jolly old Saint Nick and took to the skies above Sacramento with his paraglider to spread Christmas cheer had to be rescued Sunday after becoming entangled in power lines.

The man was using a "hyper light" in Rio Linda when he flew too low and hit the power lines around 11 a.m., Metro Fire of Sacramento said.

The department released video of the rescue showing the man dressed as Santa in the pilot’s seat of the fan-powered aircraft as it dangles above the street. Firefighters used a fire truck ladder to reach the man and bring him down safely just after 1 p.m. 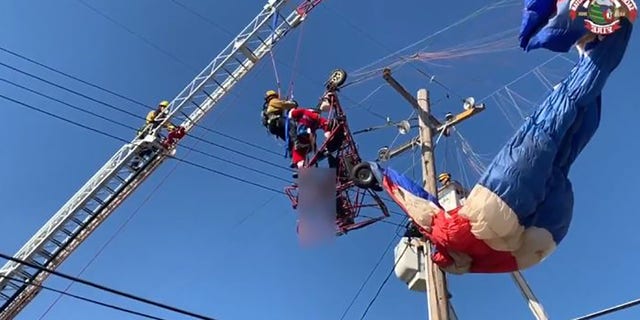 The man dressed as Santa was not injured.
(Metro Fire of Sacramento)

"We are happy to report #Santa is uninjured and will be ready for #Christmas next week, but perhaps with a new sleigh!" the department wrote.

Crystal Kennedy, the man’s friend, told KOVR-TV that he was just trying to spread Christmas cheer to children in the area.

"He was just flying over here to drop off some candy canes for the kids," she said. "And that’s when he experienced engine problems."

Now Santa may be switching back to the tried and true reindeer and sleigh for Christmas.

"We made sure Old St. Nick will use his reindeer when he sees you later this year," Metro Fire said following the rescue.