Parents of children with special needs fear the indefinite school shutdown will have devastating consequences for their kids, who rely on in-person learning for skills that can’t be taught on a screen.

Parents described the heart-wrenching difficulty of trying to get children who receive special education services to sit in front of a computer for school and therapy.

“For us it’s not inconvenient, it’s devastating,” said Julia DeBlasio Olsheski, a data analyst who has a 7-year-old third grader in a specialized autism program run by the Department of Education.

“I’ve had to hold him like I am a human straitjacket just to keep him in front of the computer,” said Olsheski, who estimates her son has only received 18 of the normally 60 sessions of occupational, speech and physical therapies he usually receives by this time in the school year.

Some of the occupational and physical therapies the city offers online don’t offer the same benefits as in person and are also difficult to access for children with disabilities, education advocates and parents said.

“Virtual is not an option. For a child with autism that needs consistency and hands on learning, he literally has been left in the dust,” Olsheski said.

Many of the parents The Post interviewed said the virtual learning coupled with the disruptive schedules has left their children feeling helpless and agitated.

Some children who struggle with expressing themselves have started lashing out by scratching their bodies, banging their heads against the wall and smashing devices, parents and education advocates said.

“We are deeply concerned about the decision to close schools on such short notice,” said Randi Levine, policy director at Advocates for Children of New York, a group focused on providing resources for disabled children and low-income families.

“Children who had been developing social and language skills have taken a step back and started to have more tantrums to communicate their needs. This is a very challenging time for them.”

Olsheski said her 7-year-old son has broken a number of devices and has even started hurting himself.

“He has started behaviors we have never seen before,” Olsheski said. “He is losing essential life skills that took seven years to gain and they are gone.”

There are nearly 180,000 kids receiving some form of special education, per a DOE report released this month.

The DOE acknowledged in a statement Friday that it is a tough time for students with disabilities and their families and promised to provide in person-services as soon as possible.

“New York City was the first major school district to safely offer in-person special education services this past summer, and we will prioritize in-person support for these students as soon as we reopen after this temporary closure,” the DOE said in an emailed statement. The DOE is also holding a forum on Monday that will outline how services in children’s IEPs will be delivered remotely.

Education experts say it’s also simply not a matter of catching up for these students.

“It’s not ‘oh they’ll catch up.’ There are critical developmental windows to acquire certain skills, and you don’t get that time back,” Olsheski said.

Gwen Leifer, 51, a federal trial lawyer who has an 11-year-old son with cerebral palsy agrees.

“The earlier you do the intervention the more impact it has. It takes a lot more effort to make the same progress later,” Leifer said. “Younger children have greater neuroplasticity.”

Leifer has noticed her sixth grader, Aaron Levinson, who is enrolled in a special education class at a mainstream middle school, which provides schooling and services for students with disabilities, has started receding in certain areas.

“My son has begun hand flapping and that was never something he did,” Leifer said. Like many parents, she is struggling to juggle the demands of her job plus learning how to fill the role of a para-professional.

“A lot of the parents, we don’t have the training and the skills as a para and some of us are just catching on.” She said her son has “low frustration thresholds and a lot of shutdowns. He’ll just say I can’t, I can’t and not even want to touch it.”

Heather Dailey, struggles to keep her 8-year-old son, who has autism, focused.

“I have to tell him every five minutes attend to school, you’re supposed to be sitting in class, why are you squeezing your cat? It’s constant redirection,” Dailey said. Her son is in third grade in the Horizon program at a Queens public school.

“The [online] learning has been challenging because of the social, emotional piece. There are more meltdowns. There is an inability to work through problems and he is just angry and more sad. There is isolation because he is not with his peers,” Dailey said. 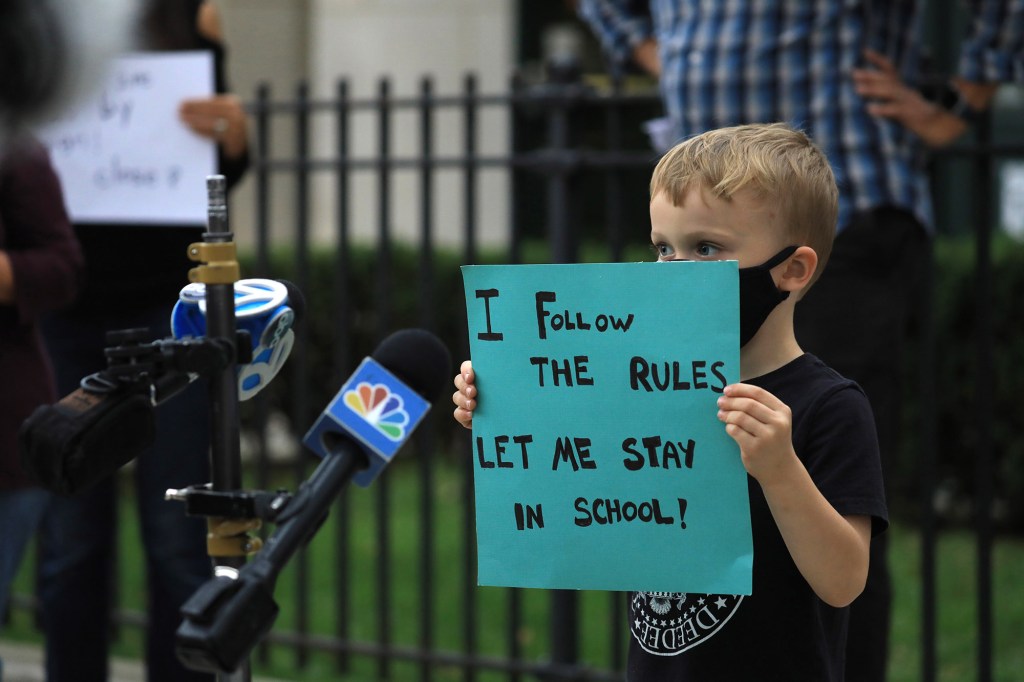 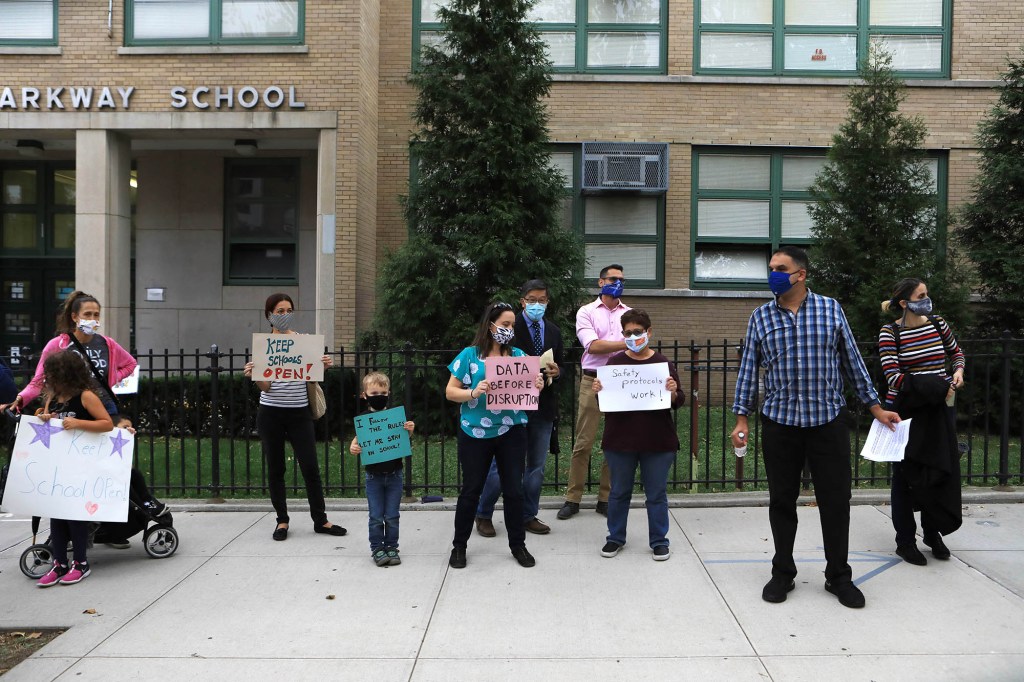