BEACHGOERS have been left struggling to breathe after a chemical spill at a Cornish tourist hotspot.

Authorities said it was understood to be sulphuric acid with three people treated at the scene in Carbis Bay after being exposed to the fumes. 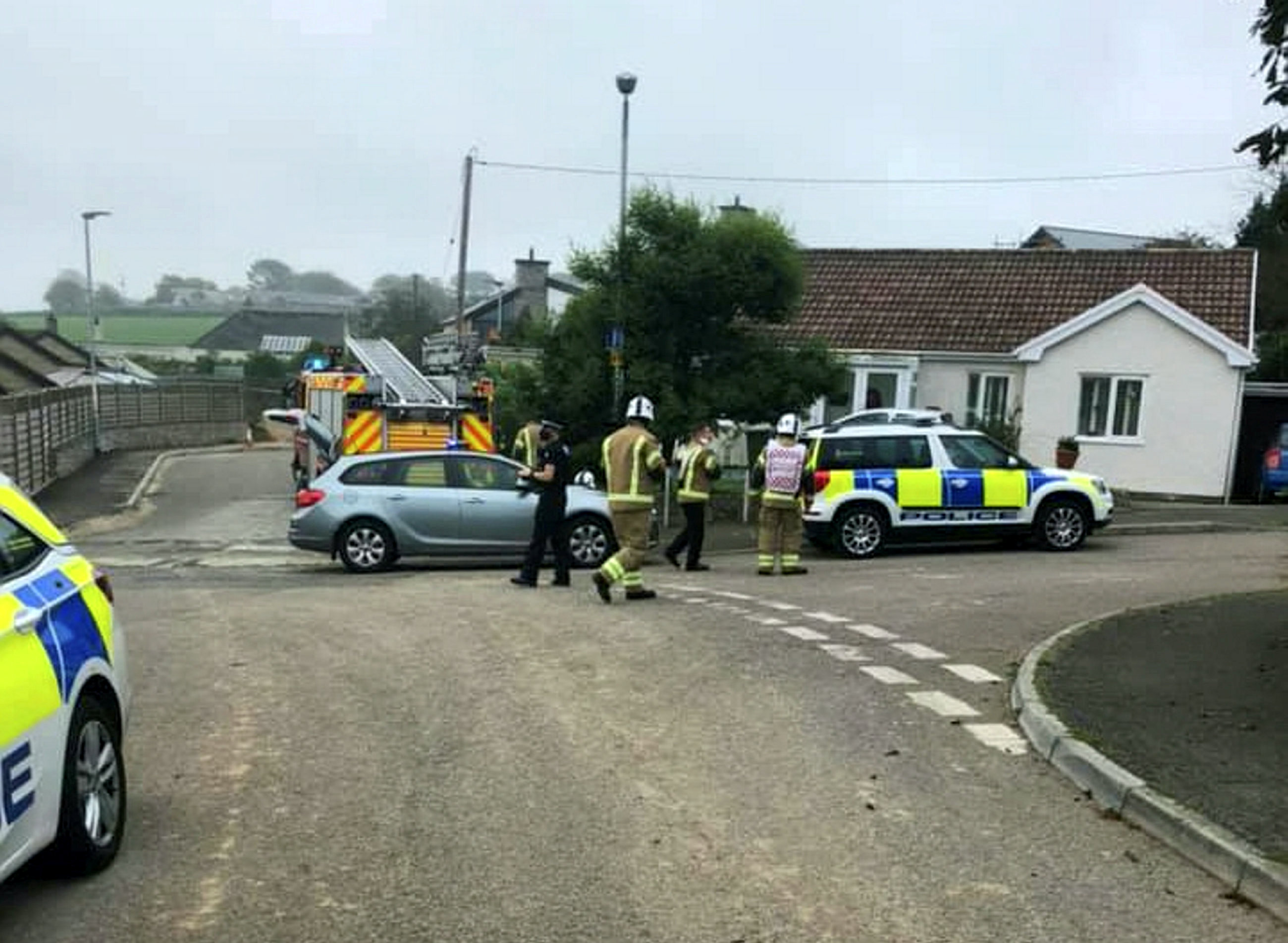 Cornwall Council said the alert had been sparked due to a sewage leak, saying no water ways or sources had been affected.

Holidaymakers have now been told to stay out of the water with at least one person reported to be "struggling to breathe" after coming into contact with the substance.

Three people who were exposed to the fumes received medical treatment at the scene, with one taken to the Royal Cornwall Hospital Trust.

The local beach in Carbis Bay, Cornwall is normally teeming with tourists but it is now the scene of a major incident with at least 12 fire engines and several police cars called in.

The Royal National Lifeboat Institution (RNLI), which helped swimmers back to the beach, also said "a few" of those in the water "were experiencing some difficulties breathing".

A spokesperson said: "One of the crew left the lifeboat to discuss with the on scene coastguard, who advised the crew that the chemical spill was sulphuric acid.

"The acid was spilt into a local stream that comes out by the beach and the sea at Carbis Bay."

The beach remains closed and the public have been warned to stay out of the sea.

Sophie Lloyd, 21, from Nottinghamshire, is on holiday in Carbis Bay with her family in an apartment overlooking the sea.

She told the BBC: "We heard lots of emergency services going down towards the bay at about 9:45.

"A police officer came up and put a cordon in place – eventually we found out from police that it was a chemical spill."

Ms Lloyd said a boat in the bay had been "coming in and out at speed while she had seen a helicopter flying above.

What is sulphuric acid and how can it affect you?

Sulphuric acid is a highly corrosive chemical that can cause severe skin burns and cause breathing difficulties.

Even the smallest amount can cause severe burns if it touches your skin.

Breathing in gas released by reactions with other substances can lead to difficulty breathing and a burning in the throat and lungs.

More commonly it is found in fertilisers.

Cordons have been put in place in the Carninney Lane area and around the beach.

Schools have also been keeping children inside as a precaution.

Cornwall Fire and Rescue Station manager Des O'Connell said: "What we are dealing with is an unknown chemical that has entered the watercourse and we had one person who had been overcome by the fumes or something. It's in the watercourse, for the minute, we found it in the drains.

"We were concerned what that was doing. That's why we have taken the precaution down to Carbis Bay beach. We have located what we believe to be the cause which is hydrogen sulfide, which is a gas, and we have stopped it at the source."

Councillor Kirsty Arthur, who lives nearby, said: "The chemical has spilled into a stream that flows down on to Carbis Bay beach.

"Police are knocking on doors asking people to keep windows shut and stay indoors as a precautionary measure."

A police spokesperson said said they had received reports of at least one person struggling to breathe linked to the possible chemical spill about 9.45am.

A spokesperson for the Environment Agency confirmed they were looking into the incident. 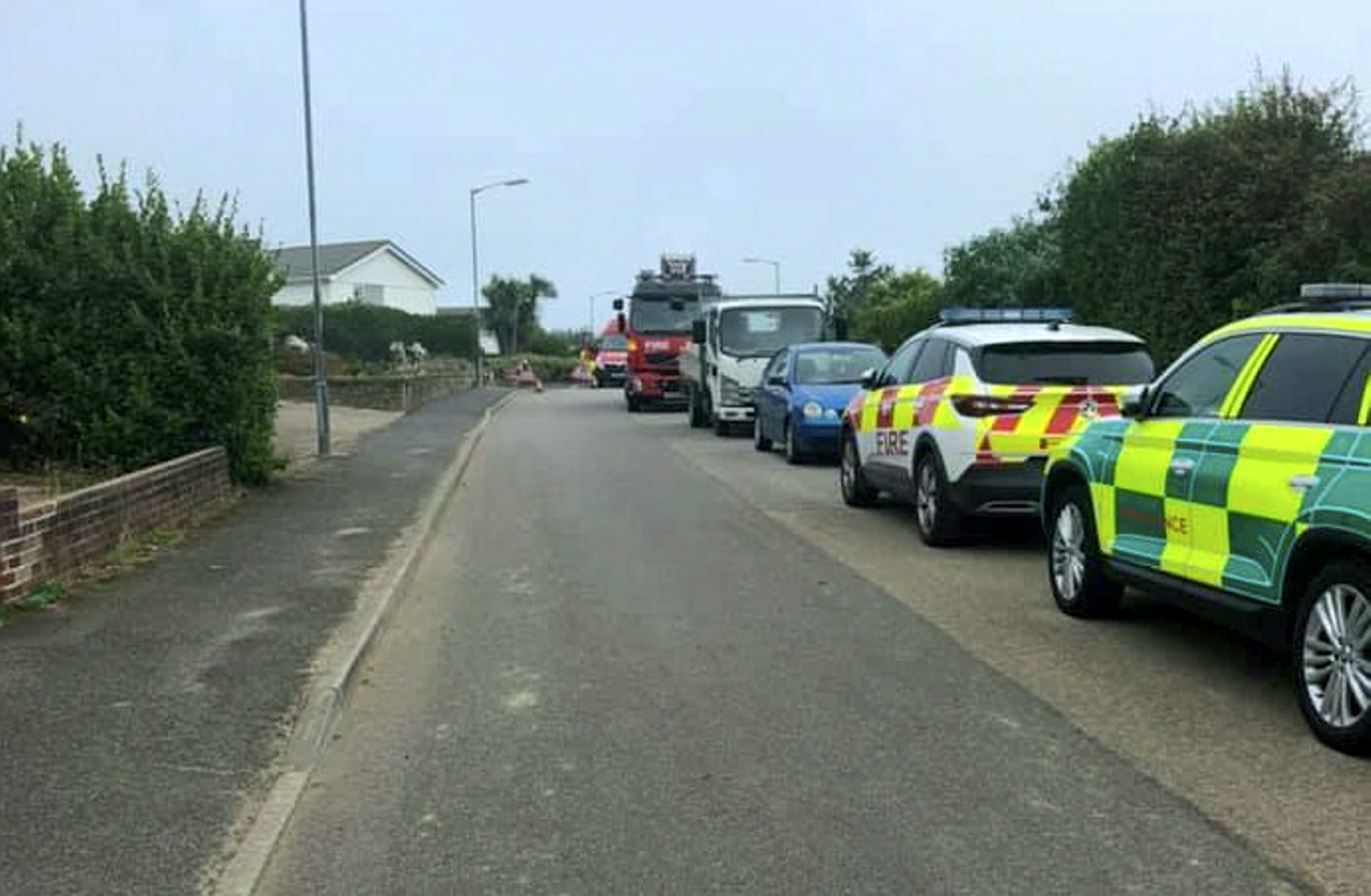 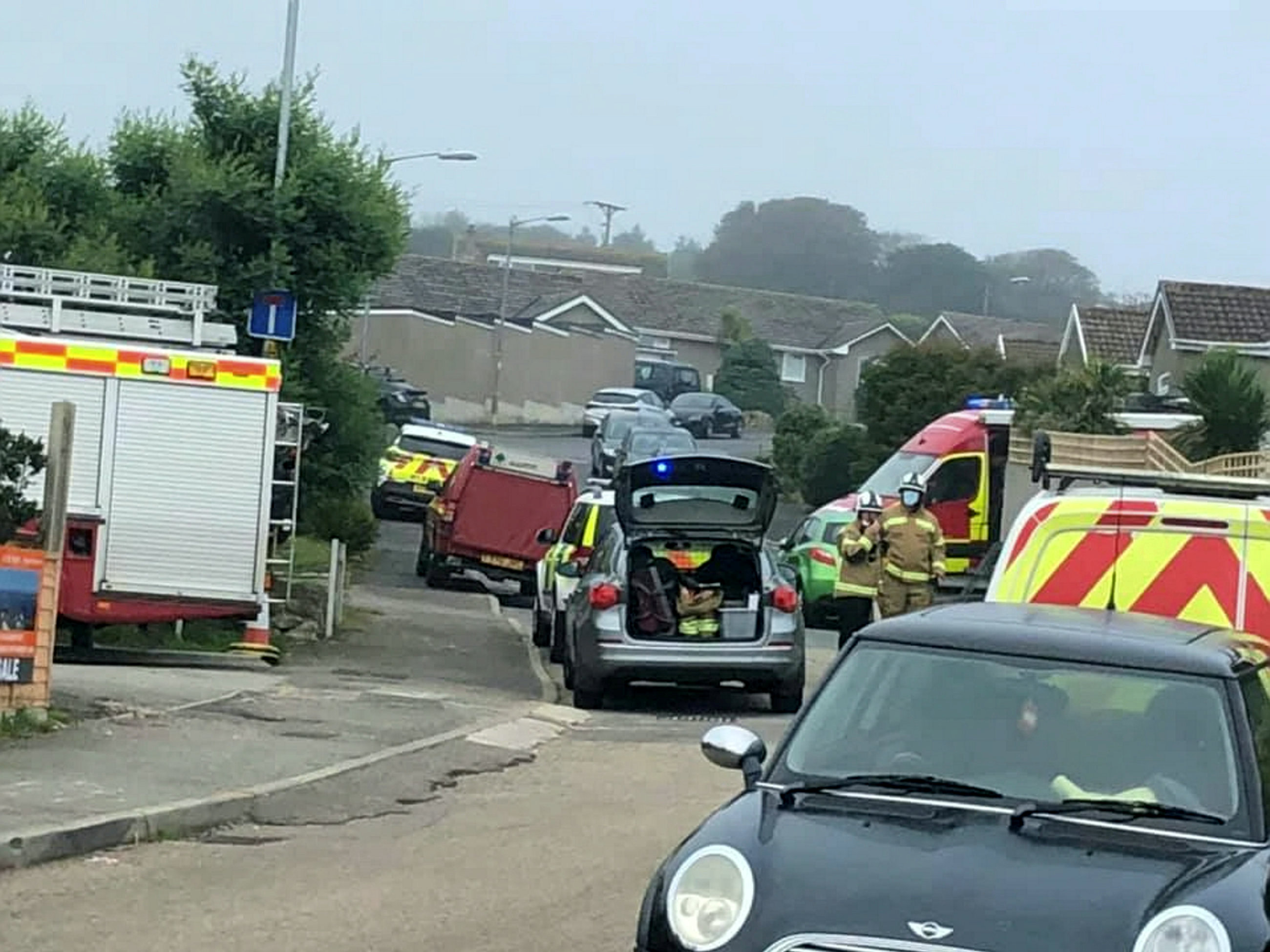