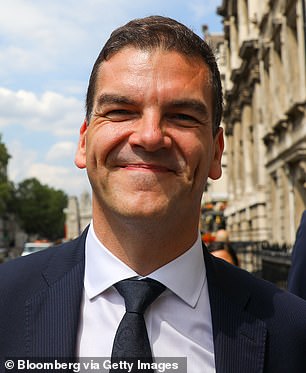 Olly Robbins, above, warned Theresa May there was no guarantee Britain might escape the backstop [File photo]

Theresa May’s chief Brexit adviser warned her that the Northern Ireland backstop is a ‘bad outcome’ which will undermine security co-operation, it was claimed last night.

Olly Robbins said in a letter to the Prime Minister that there was no legal ‘guarantee’ that Britain will be able to escape the backstop, potentially leaving the UK trapped in a customs union with the EU.

He argued that extending the transition period after Brexit would provide a more ‘cast-iron escape route’ than going into the backstop after December 2020, the Daily Telegraph reported.

Mr Robbins wrote: ‘We should not forget that the backstop world, even with a UK-EU customs union, is a bad outcome with regulatory controls needed somewhere between GB and NI, serious and visible frictions and process between GB and the EU, and no security co-operation provided for.’ 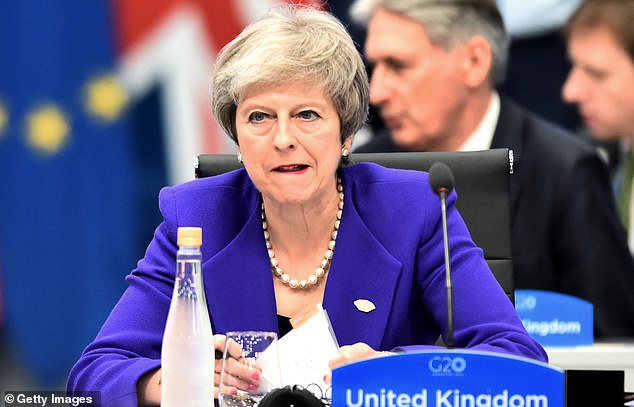 It came as Mrs May was warned she will spark a major row with Commons Speaker John Bercow today by refusing to publish the full official legal advice on Brexit.

Earlier this month, MPs voted unanimously for a Labour motion demanding to see the advice presented to Cabinet ministers. But in a statement to Parliament today, Attorney General Sir Geoffrey Cox will say a summary of the advice – rather than the full document – will be made public.

And opposition parties are now uniting to call for Mr Bercow to declare ministers in contempt of Parliament.

Labour, the Lib Dems, the SNP and – ominously for Downing Street – the Democratic Unionist Party are to write to the Speaker urging him to ‘consider this matter of contempt’.

A draft of the letter, seen by The Sunday Telegraph, says the Government’s statement ‘does not constitute the final and full advice provided by the Attorney General to the Cabinet’.

It adds: ‘It does not comply with a motion of the House that you have ruled to be effective. We would now ask that you consider giving the House of Commons the opportunity to debate and consider this matter of contempt at the earliest opportunity.’

If Mr Bercow allows a motion to come before the House, and it is carried, a committee of MPs would rule on whether ministers were in contempt. The Standards and Privileges Committee can then recommend a suitable punishment, which is then put back to MPs to agree. The most severe penalty is expulsion from the House. 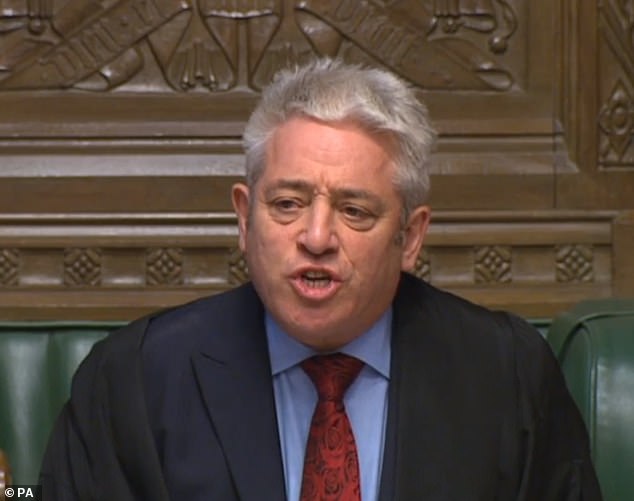 If Mr Bercow, above, allows a motion to come before the House, and it is carried, a committee of MPs would rule on whether ministers were in contempt [File photo]

Yesterday it was claimed that the full legal advice warns the UK could be tied to the EU customs union ‘indefinitely’ after Brexit, something which would enrage many Tory MPs. Current and former ministers said the advice made clear the UK could be left ‘locked’ in the controversial Northern Ireland backstop, The Sunday Times reported.

DUP Brexit spokesman Sammy Wilson said: ‘If the Government attempt to ignore the will of the Commons… the DUP will work with colleagues from right across the House to ensure they start to listen.’

Conservative Party chairman Brandon Lewis defended the decision not to publish the legal advice, saying there was a ‘historic, centuries-old custom’ of client confidentiality, and cited the precedent of the Iraq war.