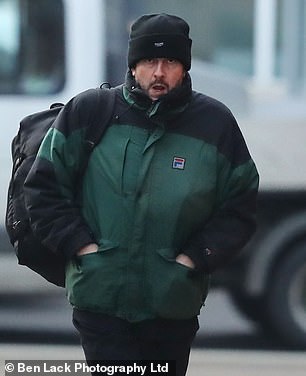 A married prison officer who indecently assaulted or had sex with inmates and former prisoners now faces jail.

The 51-year-old had a two year affair with a child killer, having sex with her over a washing machine in the laundry room, in her cell and on the comfy chairs in the Rivendell wing office.

The warder also had sex with another prisoner in the women only prison in West Yorkshire, and groped and molested two further inmates in their cells.

He also pursued two ex-prisoners on the outside and even invited one into his matrimonial bed at his home in Barnsley, South Yorkshire.

A jury at Leeds Crown Court today, Tuesday 4 December, found Cocks guilty of two counts of misconduct in a public office between June 2015 and May 2017 and guilty of one charge of sexual assault.

Judge Simon Phillips QC is set to sentence Cocks on 13 December after he receives personal statements from two of Cocks’ prey.

Remanding him in custody, Judge Phillips told him: ‘A sentence of immediate imprisonment is inevitable.’

Cocks slumped down in the dock and held his head in his hands after the jury returned its verdict.

Judge Phillips thanked the jury for their service and added: ‘The expectations of the Prison Service have not been carried out in any fit or proper way by one individual.’

Cocks’ barrister, Miss Rebecca Stevens asked that Cocks be placed in jail outside of Yorkshire, as he had previously worked in several of them, including a stint at HMP Leeds.

She said the warder had concerns regarding the jail he would be sent to.

Cock’s name had been the butt of jokes with prisoners and the trial heard that he had enjoyed sex with a woman who had been jailed for the manslaughter of her young daughter. 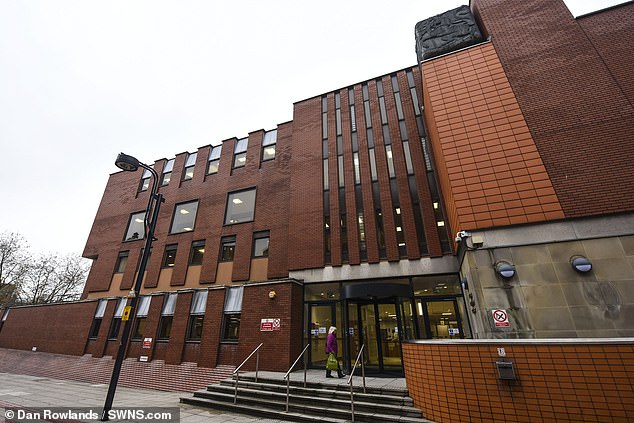 The pair had Little Mix’s hit ‘Secret Love Song’ as their tune and she would get ‘glammed up’, doing her hair and make-up to meet him in cells.

The woman, who was released from jail nine months ago and cannot be named for legal reasons, told the jury from the witness box that she was a ‘low maintenance’ prisoner at New Hall and was given cleaning duties on Rivendell wing, a unit where inmates were afforded more freedom.

She was aware Cocks was married to another prison guard at New Hall and that he’d had a vasectomy.

She confessed to developing feelings for Cocks after they first had sex and said she had ‘looked forward’ to seeing him at work.

The jury heard that another female prison officer at the relaxed Rivendell unit used to get inmates to do her nails.

‘It was not out of the ordinary on that wing for officers to be close to prisoners,’ she said. She later learned that Cocks was having an affair with a former inmate. 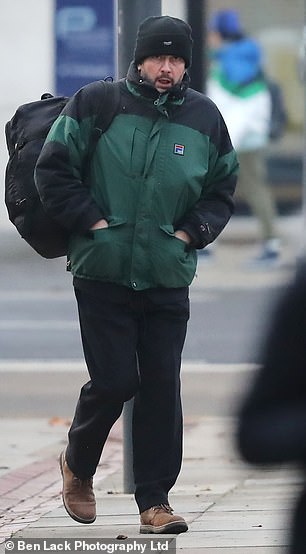 ‘I was upset and hurt by it. I couldn’t believe he was seeing me in prison and seeing her once she’d been released out of the prison.

‘Because we have had sexual activity things felt real. I didn’t want to leave him.’

The court heard they had sex a number of times in her cell, including on New Year’s Day 2016. Rumours soon began to circulate about the relationship.

Despite Cocks carrying on with other inmates, the child killer tried to protect him by not giving police a full statement.

‘I didn’t want him to get in trouble and get sacked,’ she said.

‘At the time I still thought he was everything. I wanted to protect him and didn’t want to get him into trouble.

‘I did not know the extent of how many other girls were involved in this.’

She knew he was married to another warder but Cocks had told her they no longer had sex.

She considered the Little Mix track ‘Secret Love Song’ her and Cocks’ tune.

The jury also heard from a former prisoner, a 34 year old brunette, who Cocks picked up in a bar and had an affair with.

Speaking from the witness box the woman said she was released on licence from New Hall in June 2016 and went to live in Royston, near Barnsley. Cocks lives in Cudworth, the neighbouring village. 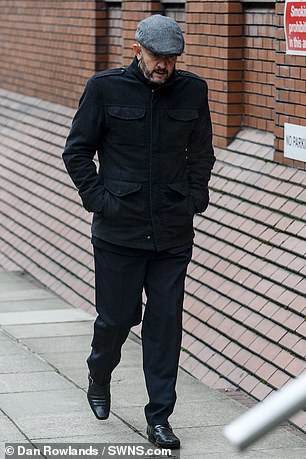 She said that in July 2016 she was enjoying a night out in Barnsley town centre when Cocks approached her.

‘He came running up behind me, put his arms round my waist and picked me up,’ she told the jury.

They spent the night together drinking in bars, talking and kissing and he took her mobile telephone number when they parted, meeting the following week in the Asda car park.

After going for a drive in his car they parked up in a field and talked as he held her hand.

‘We just talked about what we had got ourselves in to, he described me as a one off,’ she told the jury.

She said Cocks had told her his marriage to Kirsty was ‘on the rocks’, they were barely together and she wouldn’t have sex with him.

‘We talked about a future and that he was going to tell Kirsty about me,’ she said.

The witness said she went to Cocks’ home about four times, and said wedding photos were on display on the wall. Cocks told her he’d had a vasectomy and they had sexual intercourse in the spare room.

She said on another occasion they spent the night together on the matrimonial water bed. They drank alcohol and watched TV.

‘We just talked and talked. Kirsty was due back early in the morning. I slept in the bed in my clothes.

He touched my breasts,’ she said.

Another former prisoner told the jury how Cocks made unwanted advances towards her in the Rivendell Unit at New Hall.

She first encountered Cocks when he escorted her from the gym and he commented on her make up and asked if she was wearing it for him. 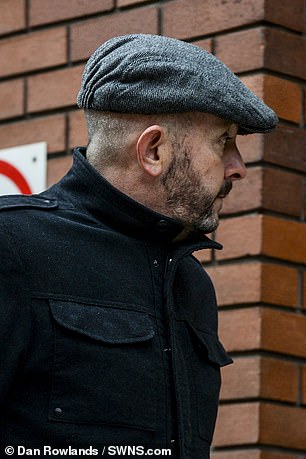 ‘I felt it was a bit familiar. I felt slightly uncomfortable with him talking like he had,’ she told the jury.

On another occasion she was suffering with her appendix and needed Cocks’ support whilst she walked.

‘He said it was like we were walking down the aisle together,’ she said.

He also told her ‘your tits look good in that. You have got a nice arse and nice tits’.

She said that around Christmas time she and her cell mate where playing the parlour game charades.

She said that in her cell Cocks pulled her into the shower and tried to kiss her.

‘I remember smelling his breath,’ she told the jury.

On the final occasion she was revising for a gym instructor exam alone in a cell when Cocks came in.

‘The last time I knew something was going to happen. I could tell by his breathing,’ she said.

‘I was sat at the desk. He touched my hair and he rubbed his groin against me on my right hand shoulder.

‘I elbowed him straight away and then I started to cry.’

In ruling on a bad character application by the prosecution, Judge Phillips said there was a power imbalance between Cocks and the vulnerable inmates and former prisoners.

The judge said Cocks had a disposition towards reprehensible behaviour and his misconduct was sexually motivated.

The court heard Cocks had sex with Melanie Collins, a former inmate, in 2008 after her release from New Hall.

Judge Phillips said: ‘He deliberately sought her out and visited her for sex.’

Cocks was not married to fellow jailer Kirsty when he had sex with Melanie Collins.