RAPID Covid tests will cause outbreaks because they are so innacurate, an expert has warned.

Professor Jon Deeks found sheer numbers of university students have gone home for Christmas carrying Covid because the tests do not work. 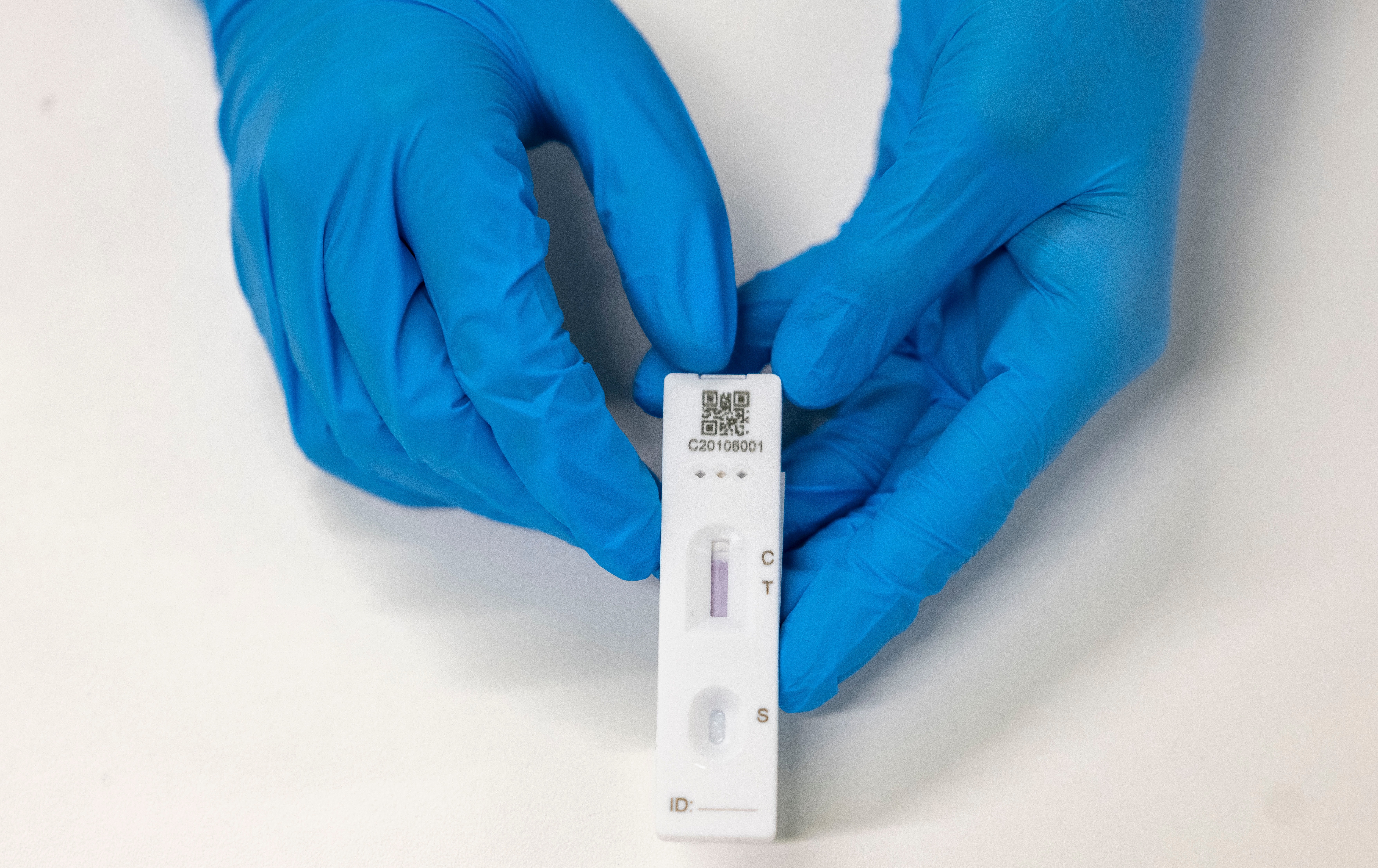 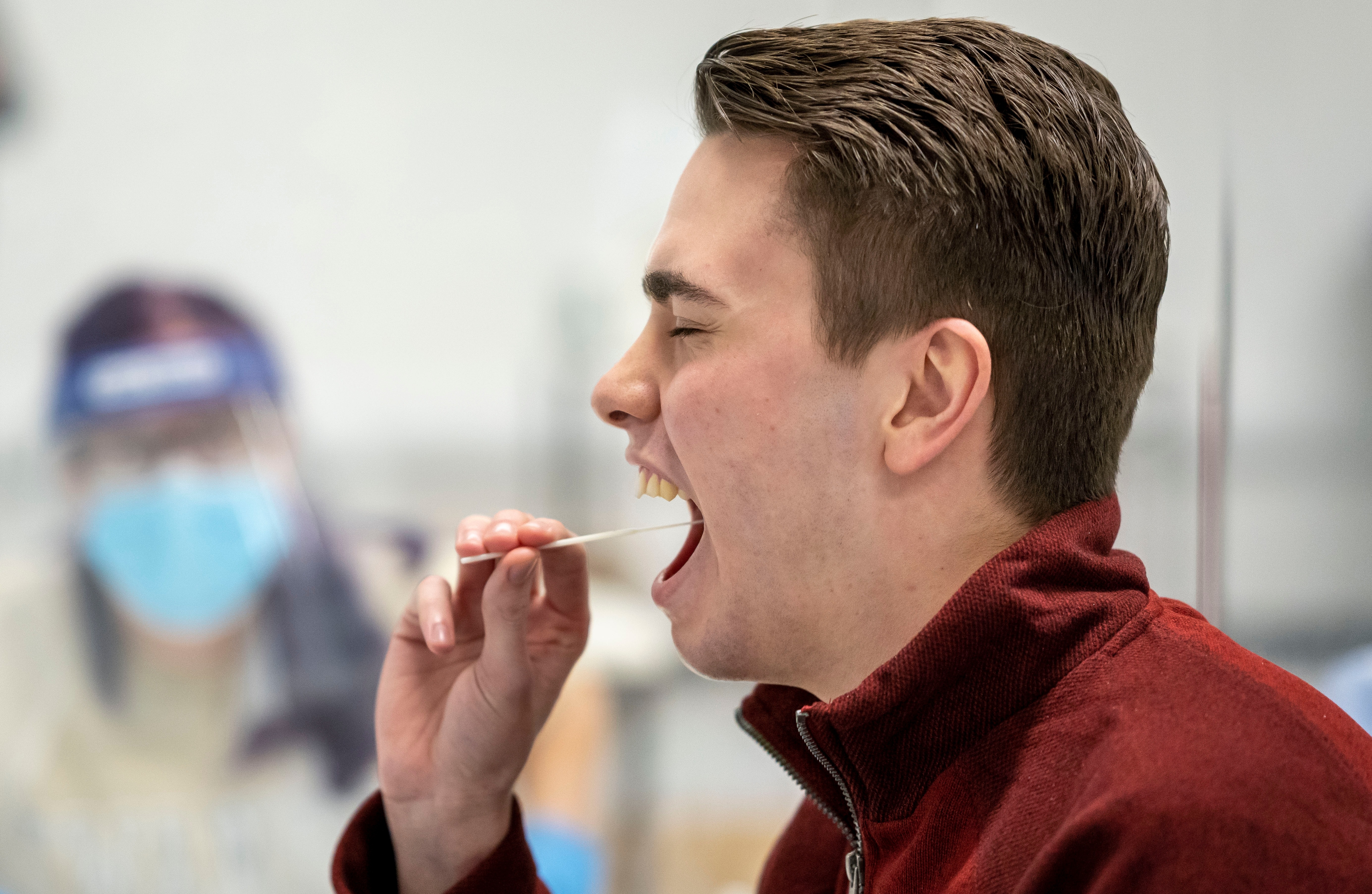 Roll out of the tests, called "lateral flow tests", are planned for use to get children back to school in January.

All schools with secondary-age pupils will be “offered the opportunity” to test pupils from the week of January 4, the Government said.

And the Home Secretary Priti Patel today praised the use of tests to keep children in school in the New Year, despite the spread of the new strain of coronavirus.

But Prof Deeks, of the Institute of Applied Health Research at the University of Birmingham, urged against it.

He told The Sun: "This is very disappointing (I have three kids I want to keep at school) but the Government’s plans look like they would make things worse not better.

"The Government has not evaluated the test properly in schools first – if they had done we would know much better whether it was suited to this use.

"The idea of putting schools across the country through the nightmare of setting up testing systems before we know it will work is ridiculous."

What are rapid tests?

Rapid Covid tests can give results in less than an hour – sometimes as little as ten minutes. They are also called lateral flow tests and "on the spot" tests.

In comparison, the gold standard PCR test takes at least 24 hours to turnaround a result because it needs to be sent to a laboratory.

Lateral tests are part of the Government's "Operation Moonshot" testing plan, in which life can return to some normality with the use of quicker, cheaper tests.

Experts are looking at how the new technology could be self-administered at home, so that people can find out if they have Covid before seeing friends and family.

They could be used before concerts, sporting events, weddings or other large gatherings, the Prime Minister hopes.

But this is unlikely to happen for a long time while infection rates are so high and the limited stock is prioritised for community testing in places with high cases.

Rapid tests are not used as the formal way to diagnose Covid because they are simply not accurate enough. They can give people a "false negative" – a wrong negative result – or a "false positive" – a wrong positive result.

Lateral flow tests have not been formally evaluated before being dolled out in the millions as part of various mass screening strategies.

Tests manufactured by Innova were trialled in a pilot study in Liverpool, where thousands of residents queued to be swabbed at mass testing centres to find out if they were silently carrying the disease.

It found hundreds of cases with symptoms that otherwise would not have been discovered, at the same time helping squash the infection rate from 700 cases to 100 cases per 100,000 people.

However, a bunch of people would have been told they do not have the disease, when in fact they do – called a "false negative".

The tests used in Liverpool missed around 51 per cent of all Covid-19 cases, according to preliminary data released by the Scientific Advisory Group for Emergencies (Sage).

Asked what would happen if Innova tests were used in schools, Prof Deeks told BBC Radio 4's Today programme: “Well we’ll be allowing teachers and students to stay in school who had Covid, we’d be missing people who’ve got Covid.

“The worst thing is actually the proposal that students when they’re in a class where one child has had Covid they stay in the school and are tested with this test until they go positive, because inevitably there’ll be students left in that class who become infectious and infect other.

"So we’ll end up with outbreaks in the school which wouldn’t happen with our current policy of sending kids home.”

Prof Deeks and his colleagues researched how many cases the rapid tests – which can give a result within minutes – missed among university students.

Students were able to return home for Christmas this month, and many were offered a rapid test to make sure they were not taking the infection back to their families.

A total of 7,189 students used a rapid test at University of Birmingham, which found only two Covid cases.

Prof Deeks and colleagues looked at a random sample of the negative results to check they were truly negative.

They compared 710 negative test results against the gold standard PCR test, which is the most accurate test for Covid-19.

These students were given a "false negative" result by the rapid test, which is dangerous because it gives these people a false sense of security that they are not carrying the virus.

He told the Today programme: “We probably found two students and missed 60 with this test because of its poor performance.”

The findings are expected to be published in a journal soon.

Prof Deeks is calling on the Government to reconsider the rapid tests, which are part of the PM's "Operation Moonshot" to get Britain back to normality.

He suggested the test is not being used how it should be; Manufacturers say lateral flow tests should be used on people with symptoms, because this is when they work best.

But the Government has been using them to screen people on mass who don't have symptoms, in order to detect asymptomatic cases.

This might be why the test is failing to find people carrying the virus, Prof Deeks suggested.

Prof Deeks said: “It might possibly be better in schools but the data are emerging that this test isn’t working well anywhere in asymptomatic people.

Fears schools will stay shut in the new year have been growing after a lack of reassurance from ministers.

Prime Minister Boris Johnson said at a press conference in Downing Street last night that he wanted to stick to the current plan of a staggered start for schools in January “if we possibly can”.

Priti Patel told Sky News this morning: “We want to keep schools open, let me be clear about that.

"But we will take all the appropriate measures around protecting children, the health of children and also protecting teachers and the rest of the population as well around schools.

"But I do want to emphasise the role that mass testing plays.

“Mass testing is up and running across the country as we know and we have been obviously speaking about mass testing in schools and that is something that is under discussion right now across Government for January and when the schools eventually go back.”

An evaluation by Oxford University and Public Health England workers at Porton Down previously concluded the test has an overall sensitivity of 76.8 per cent.

But it detects almost all cases among patients with a high viral load, highlighting the tests higher accuracy in people carrying more viral particles.

People without symptoms are considered to have less of a viral load, but this is not well understood.

They are still capable of passing the disease to other people, with the Health Secretary and Prime Minister warning earlier this month that one third of people with Covid will not show symptoms when they spend Christmas with their family.

Jonathan Ball, professor of molecular virology at the University of Nottingham, has previously said that these tests could offer some use in terms of community surveillance.

“Even though it won’t detect as many infected individuals as the PCR [polymerase chain reaction] test, it will identify those with the highest viral loads, and it’s those people who are most likely to go on to infect others,” he told the BMJ.

“It won’t replace other tests like PCR, but it is a useful additional tool for coronavirus control.”