Screenwriter Richard Curtis ‘insisted’ on having full credit for the script for the hit rom-com Yesterday, the struggling writer behind the Beatles-based film has alleged.

Jack Barth has accused Mr Curtis of ‘taking credit for everything’ during the promotional tour for the summer blockbuster released last year.

He has claimed that Mr Curtis, the man behind Four Weddings And A Funeral and Love Actually, ‘damaged me financially’ by allegedly sidelining him.

Mr Barth, who sold his first screenplay after 40 years in the business with 25 unproduced screenplays, said it was ‘kind of f***ed up to prearbitrate credits’.

The writer has alleged that Universal pushed Mr Curtis and filmmaker Danny Boyle during Yesterday’s promotion to ‘clean up the marketing’.

Mr Barth believes Mr Curtis changed the tone of his original gritty script by turning Yesterday, which follows a struggling musician who is the only person in the world who remembers the Beatles after waking up in an alternate reality, into a rom-com.

MailOnline has contacted Mr Curtis’ agent and Universal for comment. 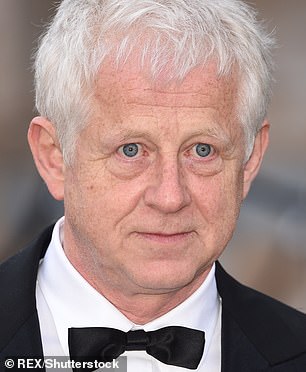 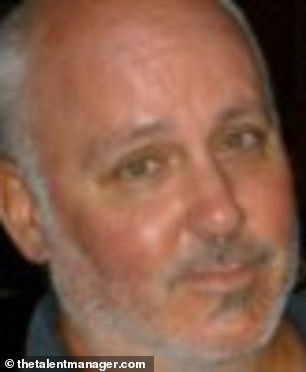 Mr Barth told Uproxx: ‘I wrote the first treatment in 2012 and in 2013 and I gave it to my agent. She gave it to a producer named Matt Wilkinson.

‘Years later, Nick Angel at Working Title mentioned it to Richard Curtis because they’re friendly. Richard said, “That’s a great idea, I want to do it” because he had a deal with Working Title/Universal to make a couple of films.

‘My impression when they first told me “Richard Curtis wants to buy your film” was that he was going to produce it. Then when we got into the final negotiations, they said, “Also, here’s the credit that he’s insisting on having” where he’d be the sole screenwriter and then I’d get co-“story by” credit with him.

‘I thought, well that’s kind of f***ed up to pre-arbitrate credits, I don’t think the writers guild would like that. But at the same time, I’d been at this for five years at that point and figured it would be nice to just cash out and finally move on.’ 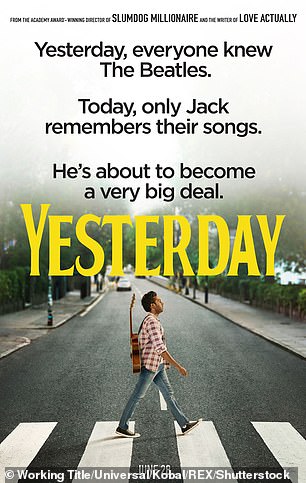 In the interview, Mr Barth claimed that the original tone of his script was changed for a lighter rom-com one about a man pining for his childhood crush. He also alleged that he received an email from Mr Curtis ‘congratulating’ him for ‘supplying’ the idea – which ‘was all mine, not his at all’.

Mr Barth said he contacted Universal Publicity in a bid to have the film promoted through his perspective – as the first screenwriter to sell his first script at the age of 62.

‘Universal didn’t want it,’ he said, ‘they kind of had their marching orders – that it was “Richard Curtis and Danny Boyle, two great British filmmakers working together at last.” I understand that in terms of cleaning up the marketing.’

According to Mr Barth, his deal was for a share of net – ‘below the line’ – profits.

‘I didn’t realise Richard (Curtis) was going to do this to me until the week that the film was released,’ he said. ‘Then all the publicity hit all at once and I could see that he was taking credit for everything.

‘I think I could have done something then but I didn’t want to jeopardise the film. I got lawyers to contact Richard’s lawyers and they just dragged it out.’

‘By the time I realised I needed to get the story out there myself, it was really hard to pitch something that was for a film that had come out eight months earlier.

‘This is why I’m so upset, this is why I actually feel like Richard has damaged me financially. I write and say I’m the guy who created the film Yesterday and they look and they go, “No, you’re not, that’s a Richard Curtis movie, you moron.”

‘It’s really hard to get a project going, because the one thing about Yesterday, people are mixed about it, but one thing everyone agrees on, it’s a great idea.’