This is the bizarre moment two Russian men were spotted carrying a coffin on to a metro train.

Footage shows them carrying the red-draped coffin through Novokosino station in the Russian capital before lifting it into a carriage.

Eyewitnesses said their load was ‘heavy’ and they had to stop several times as they heaved it to and from the underground. 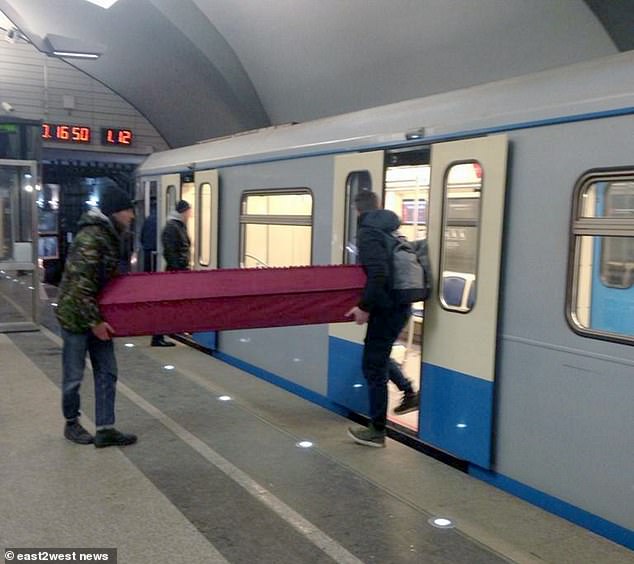 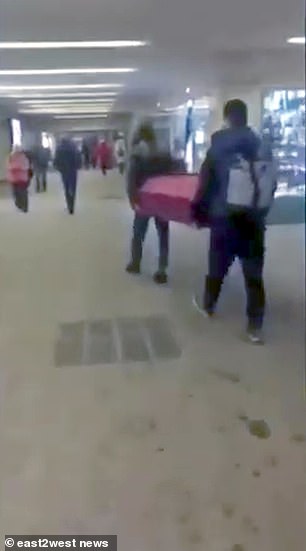 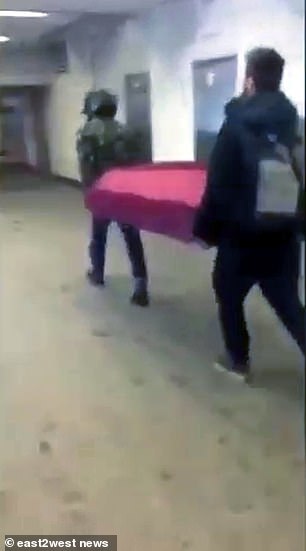 Reports suggest the unnamed men were eventually asked to leave by metro staff.  It is unclear if they had completed their journey at this point.

Accounts vary as to whether there was a dead body inside, and it is unknown if the coffin was fully opened by security men to check its contents.

However the metro’s press service later explained the men had not broken any rules and had paid an extra fee for carrying ‘a bulky item’ on the train.

They were not carrying a ‘prohibited item’ and did ‘not violate any rule’, said the press service.

It is unclear whether the strange incident was a prank. One theory was that they were late for a funeral due to notoriously heavy traffic in Moscow.