The number of Russians dying from coronavirus could be more than double the official toll, according to the country’s Federeal Statistics Service.

Figures released by the statistics service, also known as Rosstat, claim up to 45,663 people could have died with Covid-19.

The Russian government has listed its death toll at 21,475 people from the start of the pandemic up to October 4. 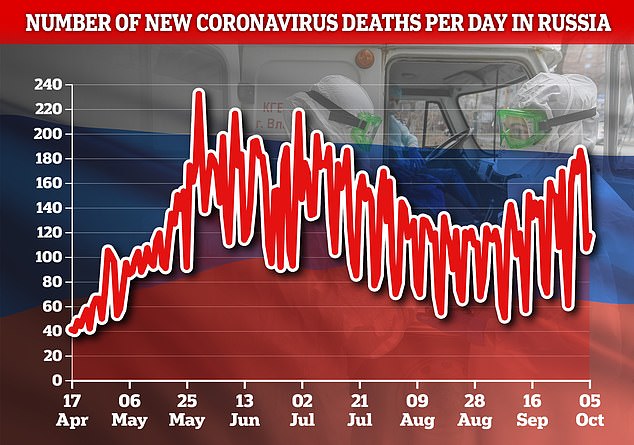 The World Health Organisation and other outside experts have questioned the accuracy of that figure, according to Bloomberg.

Meanwhile Rosstat’s figures have been compiled by listing each death directly attributed to Covid-19, along with any case where it was listed as an ‘important condition’.

Russia has reported the fourth highest number of Covid-19 infections, 1.23million, below only Brazil, India and the United States.

However its official death toll ranks is the 12th highest in the world, below the United Kingdom, which has reported 42,369, and others including France, Italy and Iran.

The Russtat figure would mean Russia had seen the fifth highest amount of Covid-19 deaths globally.

According to Bloomberg, Alexei Kudrin, chairman of the Accounts Chamber, said Russia today the country is experiencing a ‘second wave’.

In August Vladimir Putin declared Russia had the first vaccine, named Sputnik V, claiming it could work for up to two years.

President Putin said his daughter was ‘feeling well,’ after taking part in the vaccine trial.

Earlier today it was claimed Russian scientists had not shared data behind controversial clinical trials into a potential Covid vaccine. 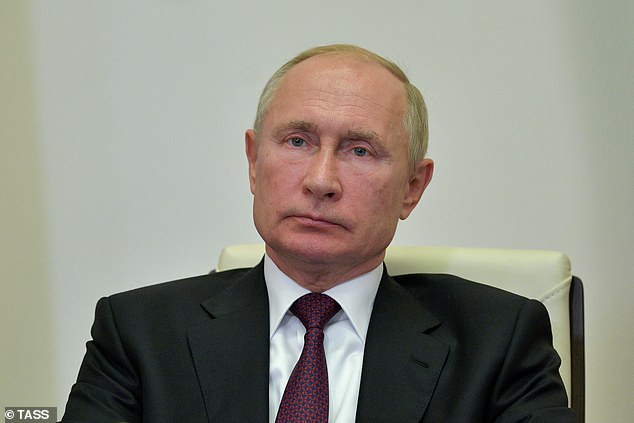 According to the Moscow Times, 37 scientists from 12 counties have penned an open letter that asks questions of the results of the supposed treatment.

The Gamaleya Institute, Russia’s state research centre, has disputed those claims, saying it would share the raw data with other researchers if they received a formal request.