Seven foreign criminals who should be deported walk free EACH DAY: New figures reveal 2,552 such offenders have been freed in the past year

Seven foreign criminals a day are being released from prison on to Britain’s streets instead of being deported.

Figures show 2,552 have been freed into the community in the past 12 months after completing jail sentences.

In total, a record 9,987 foreign national offenders are now living in the community, Home Office data reveals. It is up more than 150 per cent on the number in 2012, when the total stood at less than 4,000.

More than 2,600 foreign criminals have been living in the community for more than five years after completing their jail terms and more than 3,400 have been on the streets for 12 months or more. 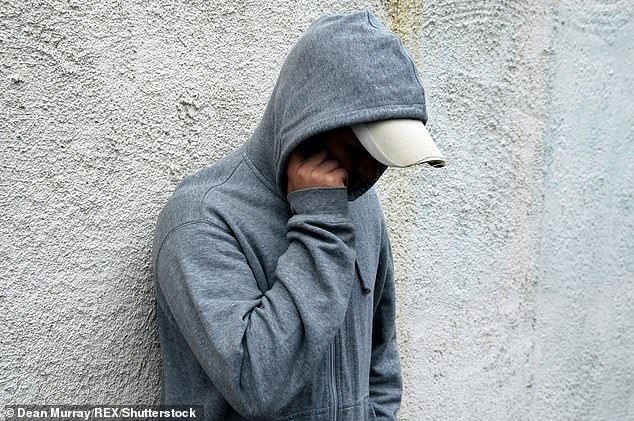 The figures have emerged as Home Secretary Priti Patel faces a battle to remove more than 30 Jamaican criminals including murderers, rapists and paedophiles aboard a charter flight, due on Wednesday.

More than 80 black British actors, celebrities and businesspeople – including supermodel Naomi Campbell and Bond film actress Naomie Harris – have signed letters to airlines urging them not to take part.

Lawyers for some of the criminals have already submitted successful last-minute legal challenges, and the Home Office expects more to block their removal by appealing. Under current rules, any foreign criminal sentenced to more than 12 months in prison is liable for automatic deportation after finishing their sentence.

The number on the streets has surged because of Covid restrictions, with a record 846 freed between April and June.

Hundreds won their freedom after applying for bail under laws which say they can only be kept in immigration detention if there is a ‘realistic prospect of imminent removal’.

Because international flights were grounded in the early stages of the pandemic, the criminals successfully argued that they should be freed. Instead of staying locked up until they are thrown out, they are released to be ‘managed in the community’. Many abscond, potentially putting the public in danger.

Reading terror attacker Khairi Saadallah, from Libya, was released from prison 16 days before the knife rampage that left three dead. He is due to be sentenced next week.

Miss Patel has pledged to overhaul and speed up the deportation process – with changes due in legislation to be published in the New Year.

David Spencer, of the Centre for Crime Prevention think-tank, said: ‘It is outrageous that thousands of convicted foreign national criminals have been able to exploit the pandemic to secure their release onto our streets.’