Tribesmen, who once suffered atrocities at the terrorist organisation’s hands, are helping British and US trained forces as they surround the ISIS-controlled town of Hajin. 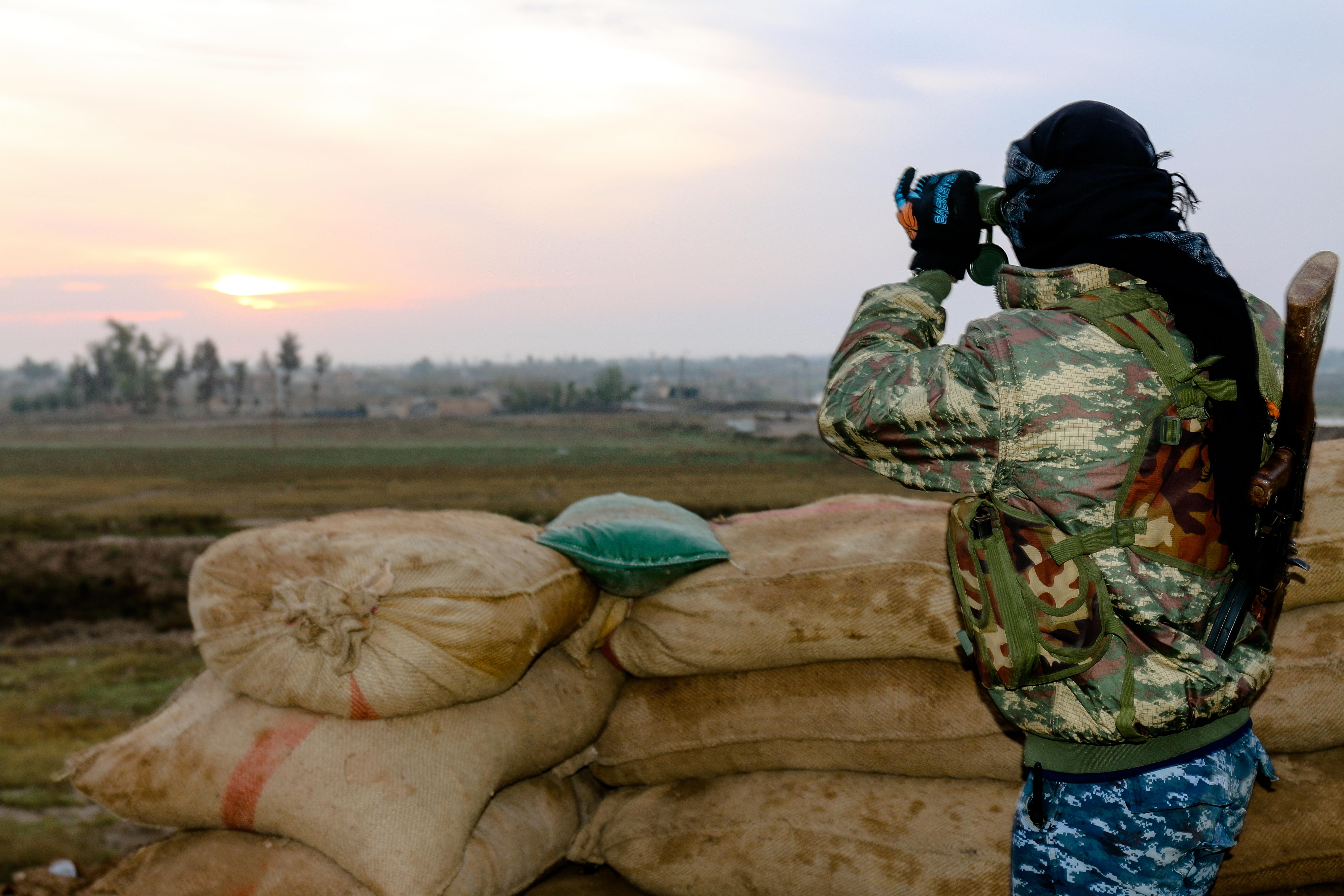 The 18-year-old added: “Back in early 2014 ISIS was strong, they surround my village and kill our men, but now they are weak and we have them surrounded.”

Since the fall of Raqqa last year – ISIS’s de facto capital – the Islamic extremists so-called caliphate has been crumbling.

Now Hajin and a few villages along the Iraqi border is all the jihadists still control. 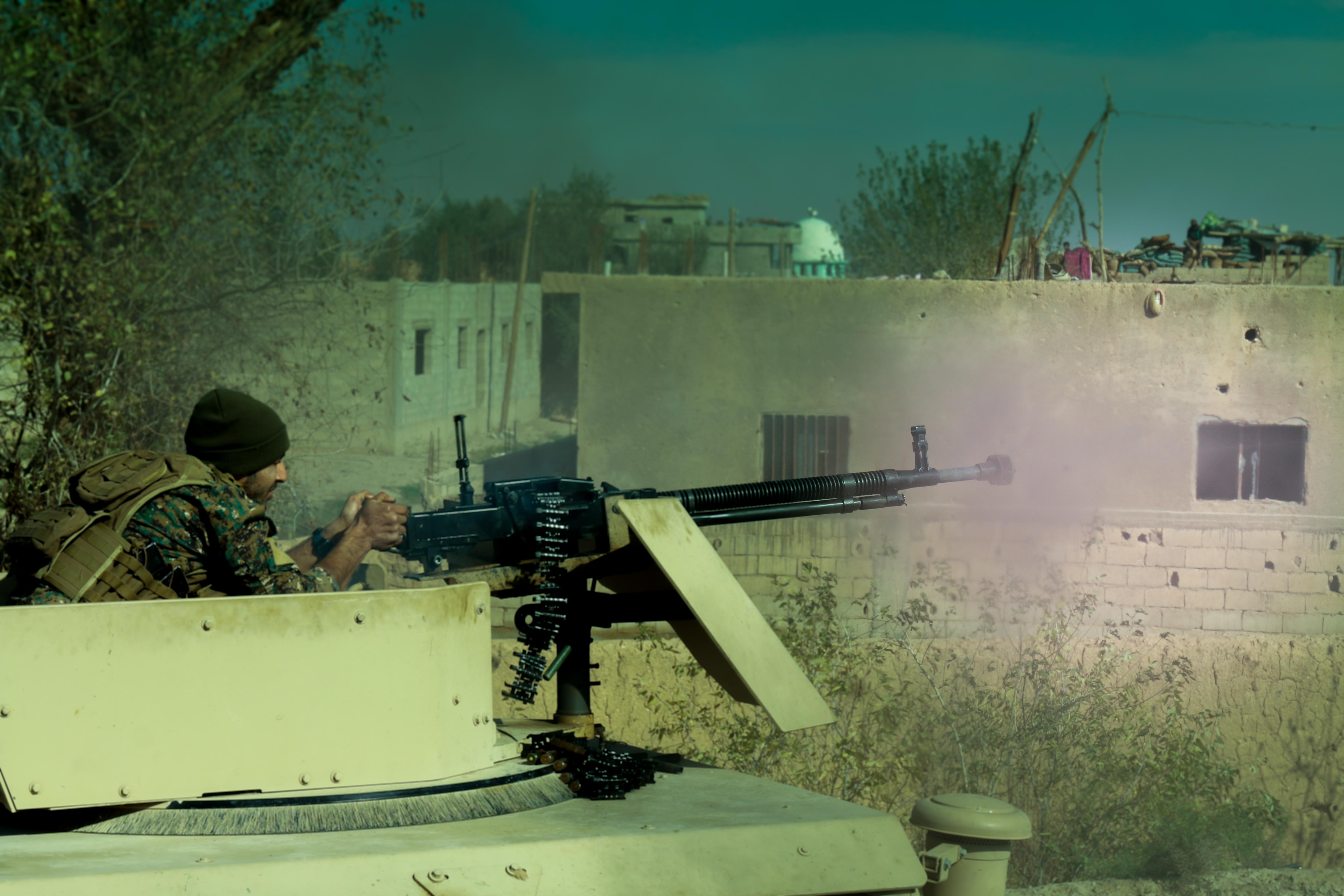 Syrian Democratic Force (SDF) commander Havel Ronnie said: "We think they have around 4,000 fighters in Hajin and along the Euphrates.”

“We also have some intelligence that some of the top commander [in ISIS] are in the area,”

The SDF, an alliance of Kurdish and local Arab fighter launched operation Al-Jazeera Storm to clear the extremists from Hajin in September.

However, Ronnie warned, this battle maybe one of the hardest. 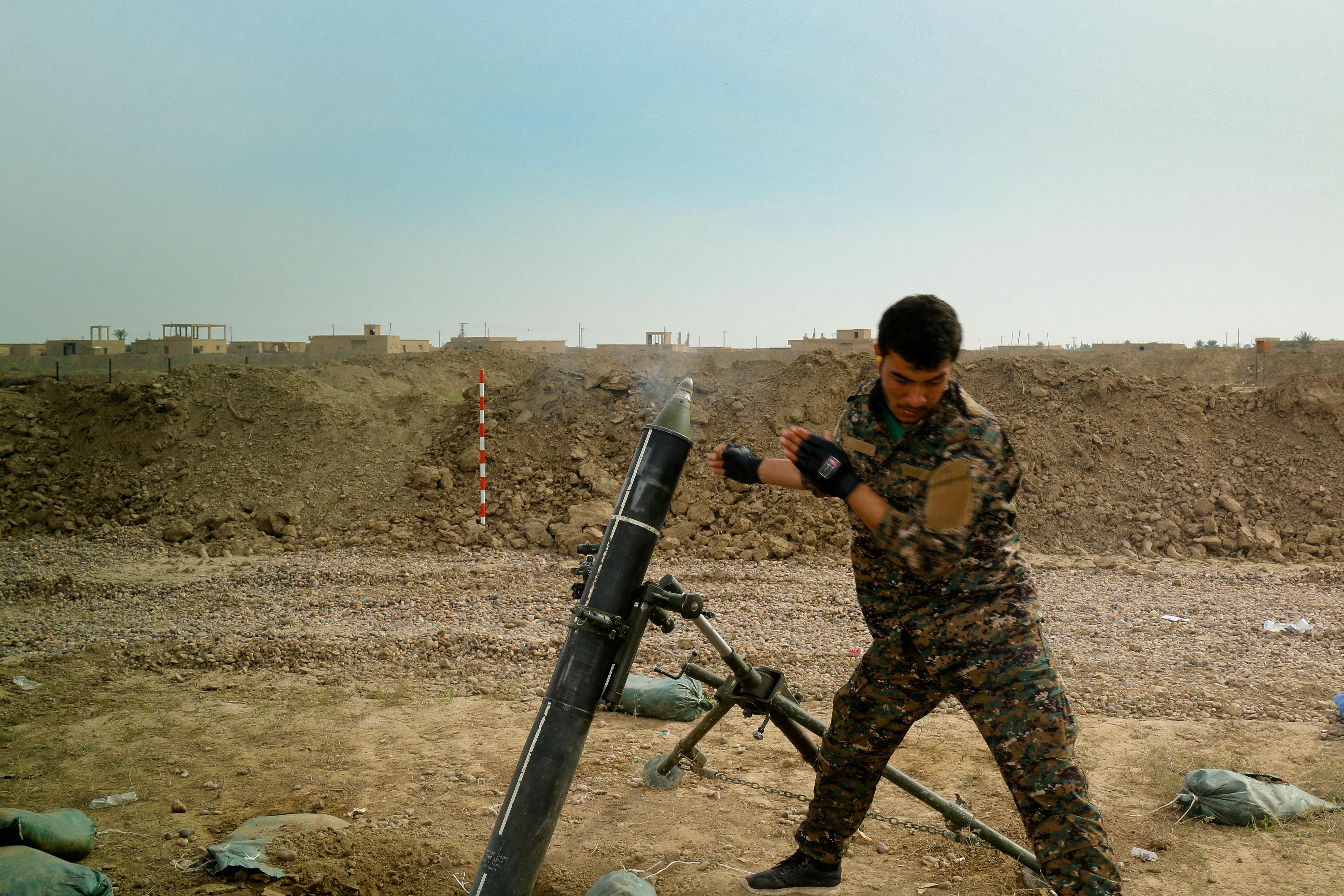 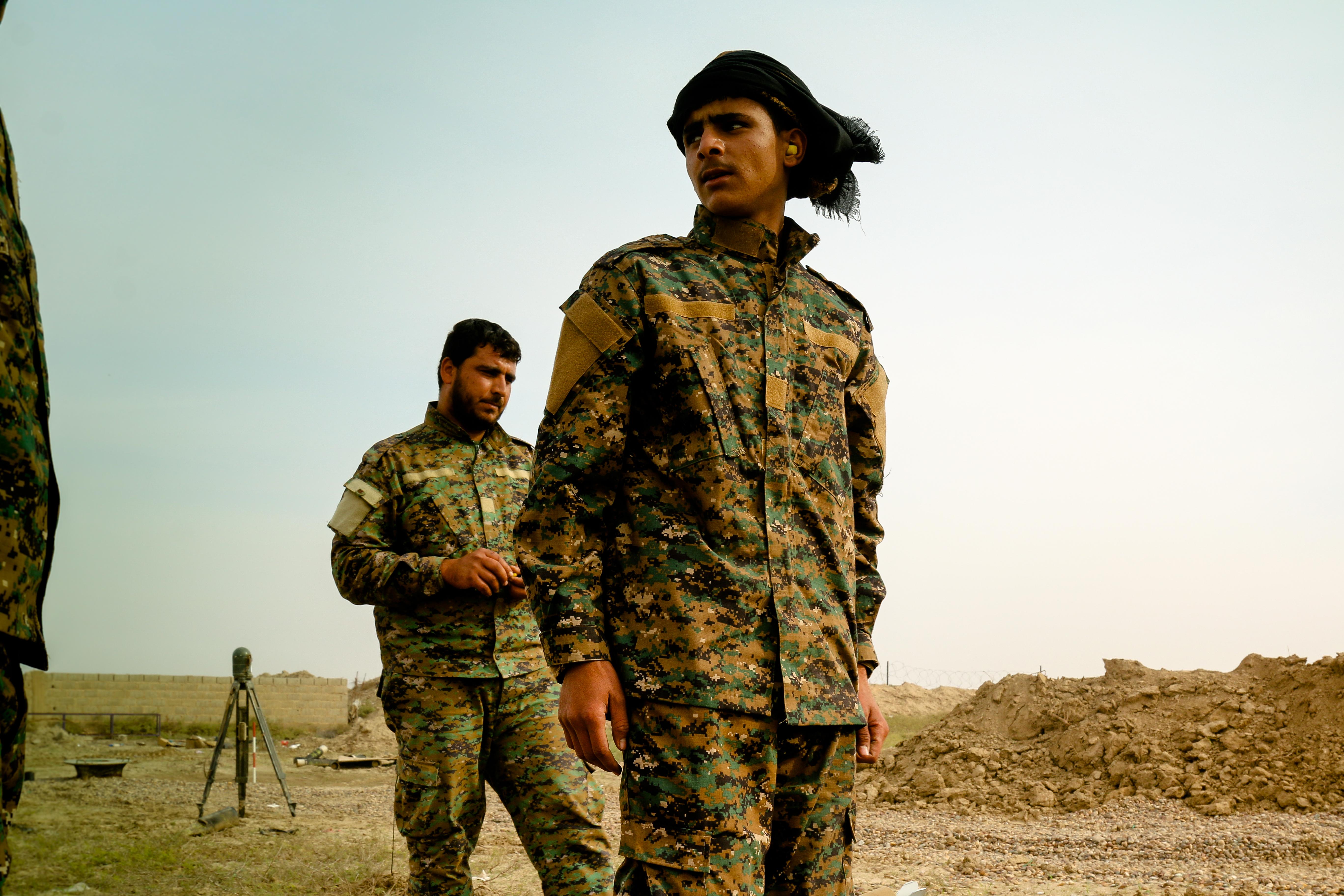 He said: "These fighters have nowhere to run to, they are the ones who survived Raqqa and elsewhere [in Syria]… they are the most ideological, the most dedicated, and will fight to the death.”

The SDF have been bolstered by the local tribes, who joined a military council to retake the village.

Ronnie said ISIS was increasingly turning to desperate tactics to defend what territory they have left.

“They are using female suicide bombers now. They are use them because they think we will not search them.” 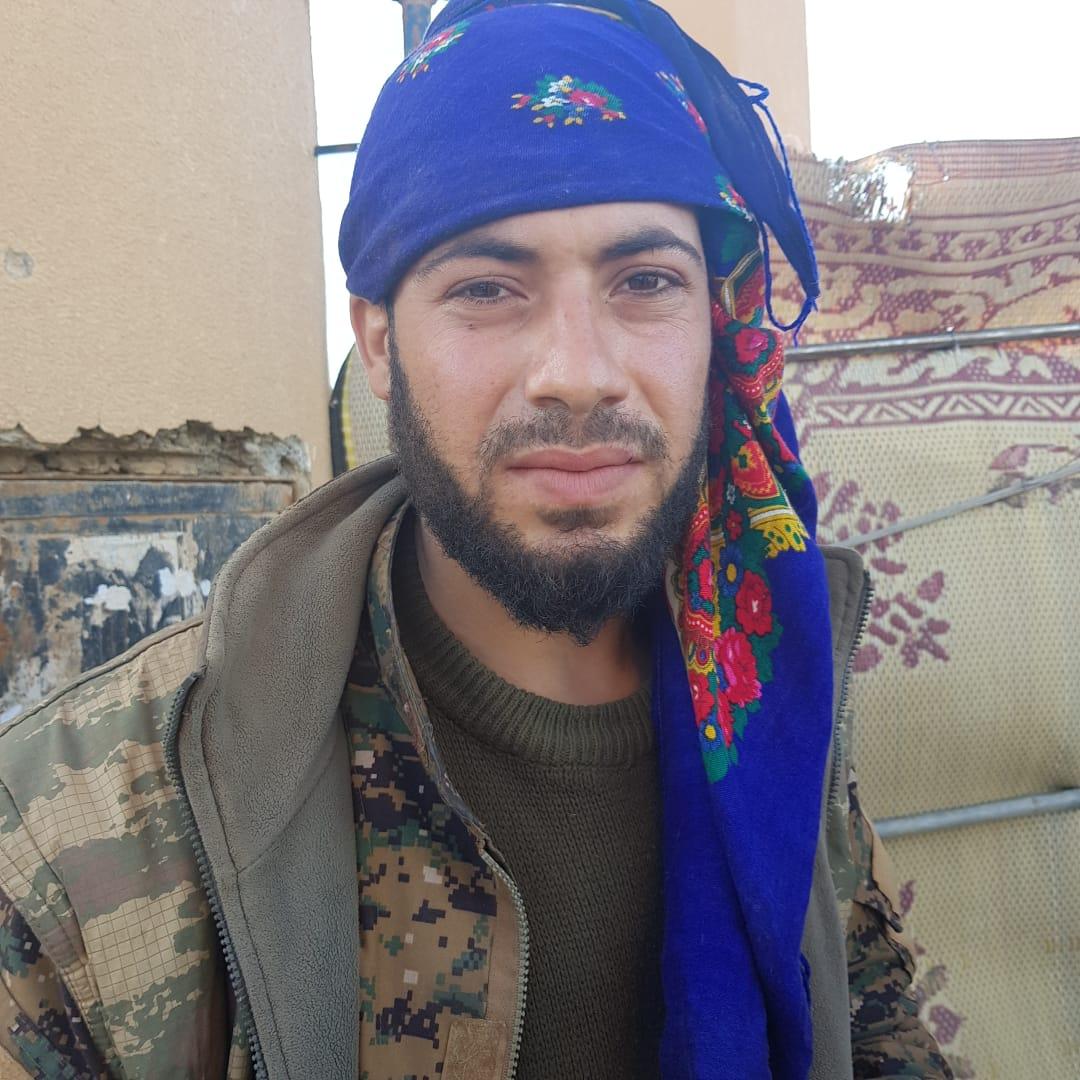 The Shaitat tribe, who live north of Hajin city, were one of the first.

Shaitat elder Abdul Khaddar said: “Me and my relatives fled north and south of the Euphrates [river]…after they [ISIS] attacked us in [the summer of] 2014.”

The group were targeted because, unlike their neighbours, they did not support the bloody regime.

Khaddar said: “All villages around us swore a bay’ah [oath of loyalty] to Al-Baghdadi, but we refused…and after that they attacked us.”

The former farmer said as many as 3,000 of his friends and relatives were killed. 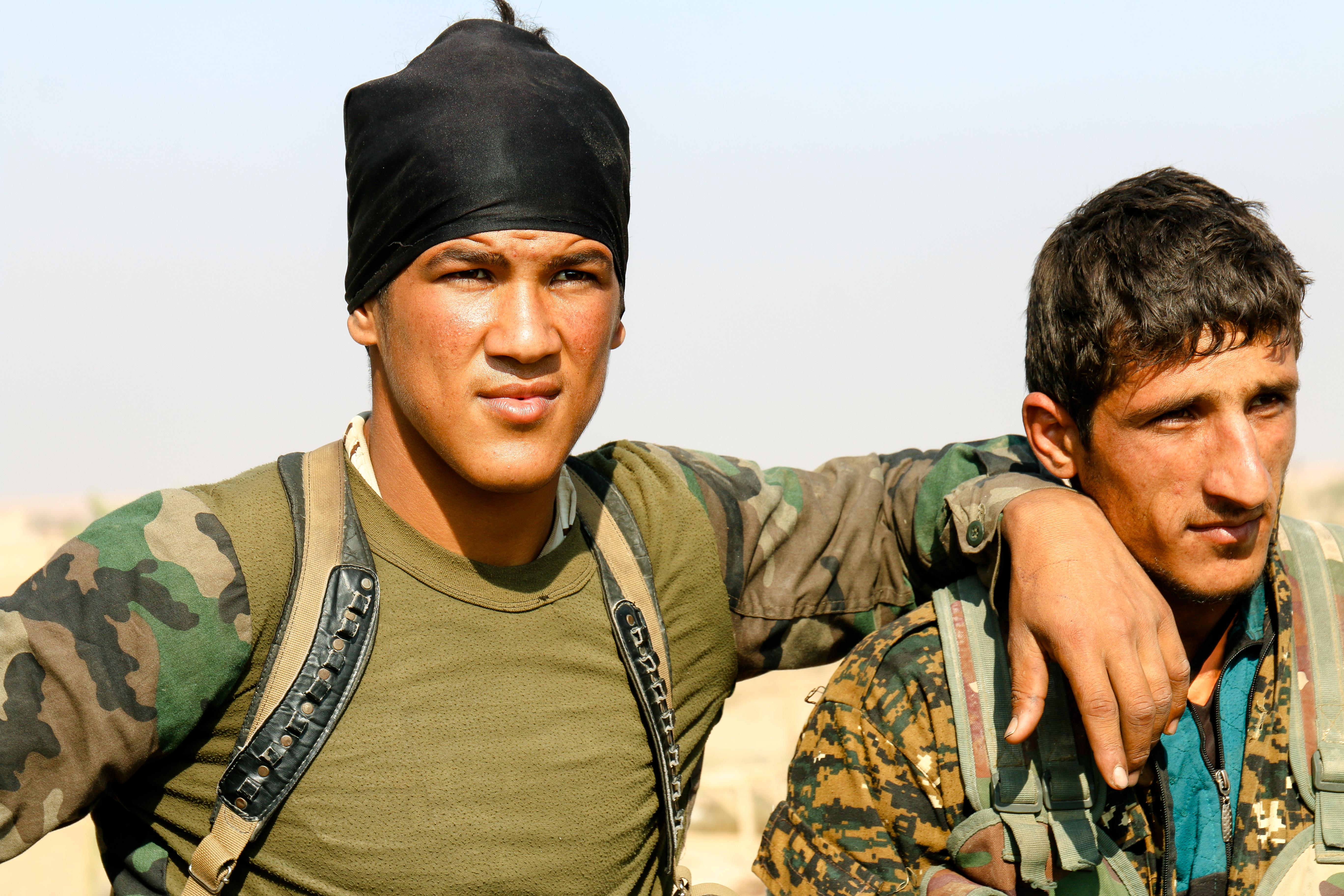 “We fought them for 15 days around our village and along the Euphrates, but they were too strong.

“We managed to create a corridor for some of our women and fighters to escape, but not many.”

Khadda’s village is now free, but the tribe want to completely wipe the jihadists from all of Syria.