A BRITISH woman was left terrified after a restaurant in the resort she was staying in exploded – sparking a massive blaze that ruined her dream break in Indonesia.

Josie Taylor, 27, was staying at the idyllic KTM resort on Batam Island, Indonesia, when the inferno ripped through the seafront restaurant. 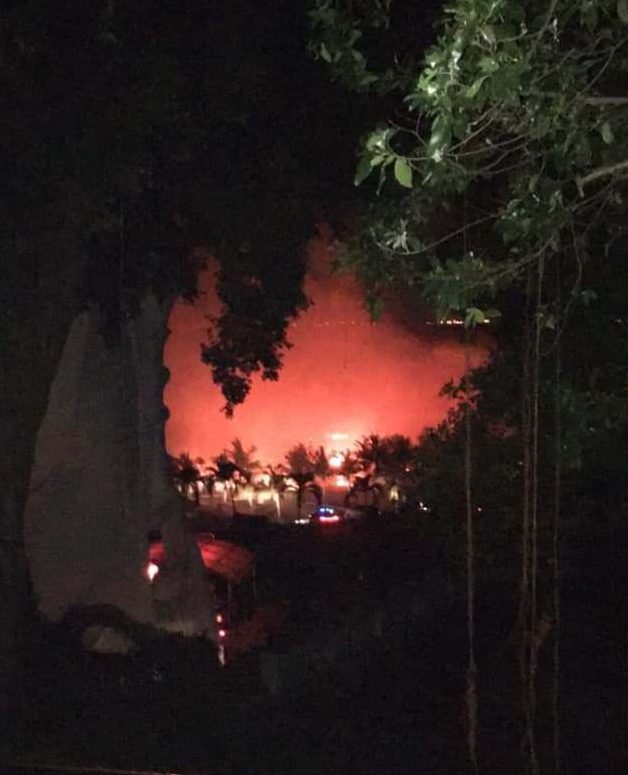 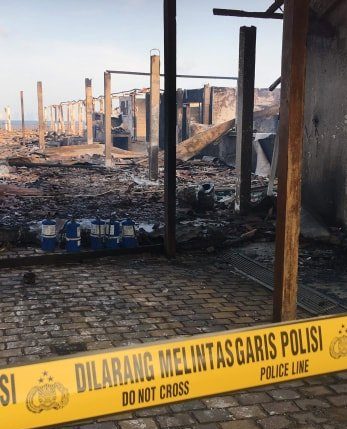 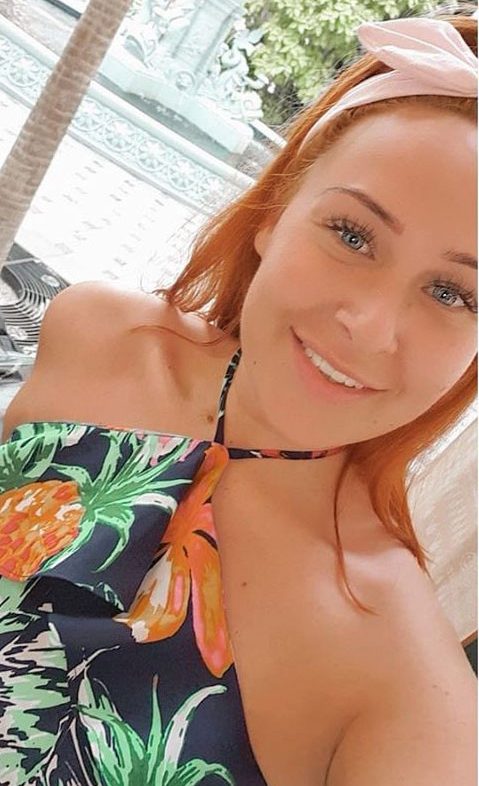 Luckily the hairdresser and her friends Jenny Thomson and Toni Gee were driven to safety by staff on scooters as the wooden restaurant was engulfed by flames and smoke.

Around 50 guests were evacuated after a gas cylinder is believed to have exploded in the kitchen causing the early hours blaze.

Josie, of Rossendale, Lancs, was woken by sound of crackling and the smell of smoke.

She said: "I thought it was fireworks so went to have a look over the balcony.

"I saw the fire and alerted my two friends who were still sleeping. We then ran out of our hut to see what was going on.

"There were people everywhere with cases and belongings running up the hill.

"We was so scared. I thought people were going to be burnt and seriously injured."

I thought it was fireworks so went to have a look over the balcony. We were so scared

The three pals rushed back to their wooden hut and grabbed their belongings which they'd already packed as they were due to leave the next day.

Josie added: "Jenny ran to reception to receive our passports as the fire was close to the reception and we didn't want to lose them.

"The staff were absolutely amazing. They carried peoples' bags up the hill they gave people lifts up on their scooters getting everyone to the top of the resort away from the fire. They came round checking everyone was out by their room numbers.

"A couple sat next to me from Malaysia woke up in the fire as they were in the connecting rooms to the restaurant and lost all their belongings including passports."

She added: "A vehicle of people entered the resort after being out for the evening to be told their room had been destroyed and all their belongings had gone.

"Fire engines and police were coming and going and when the fire was out, we were told we could go back to our huts and rest.

"We requested a different hut as ours was close to the fire and there was still a lot of smoke in that area and my friend Jenny had a really bad chest.

"The fire totally wiped out the restaurant and the connecting sea view rooms.

"We had breakfast included in our stay and that is where breakfast is served so the staff came round in the morning with McDonald's for everyone and bottles of water."

Josie, who spent 35 hours travelling back to the UK the next day, praised staff for their quick-thinking.

She added: "We cannot fault the staff at all they were absolutely amazing the whole time."

Cops are probing the cause of the blaze but it is believed a gas cylinder exploded in the kitchen at the back of the restaurant.

Djui Tjie Ning, manager of KTM Resort Batam, said the only part of resort that caught fire was seafood restaurant on the seafront but would not comment further. 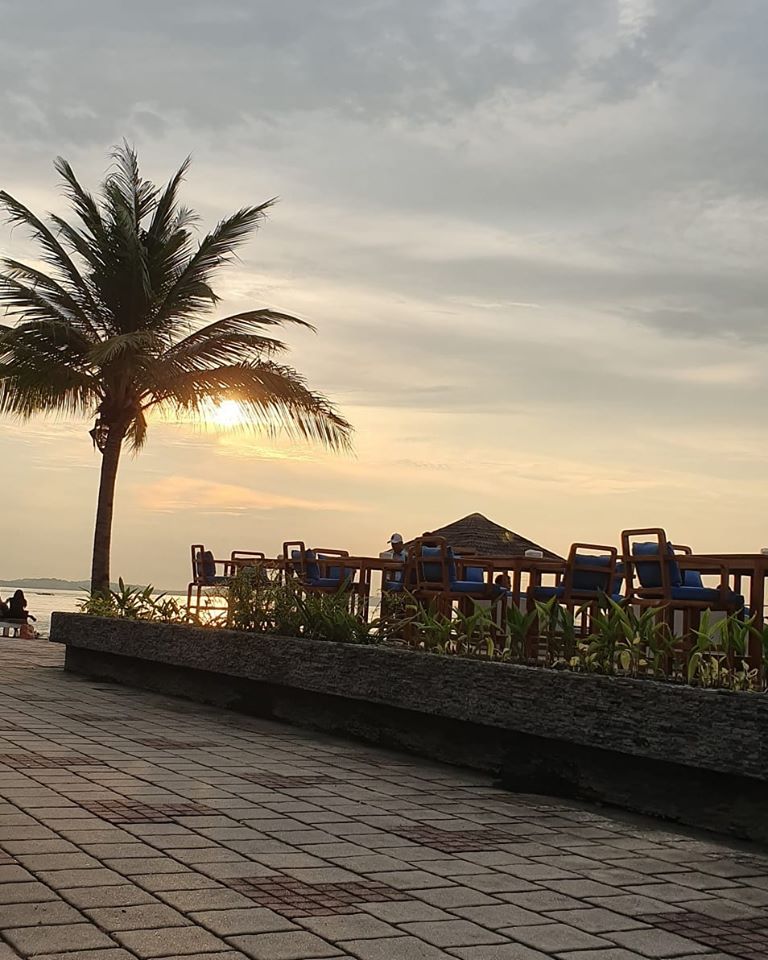