TLAXIACO, Mexico — Petra Cruz González wakes at 6 every morning to make some 400 tortillas by hand. Despite a few modern advancements, like an electric flour mill and a metal hand press, she still cooks them over a wood fire as she learned to do when she was 8 years old.

Ms. González, 49, sells tortillas on the street and from her home. As the president of the Union de Palmeadoras in Tlaxiaco, which started in 1990 to organize this Oaxacan city’s handmade tortilla producers, she believes this is important work. The union’s 89 members (all but one a woman) are fighting to keep this millenniums-old tradition alive in the face of cheaper competitors.

The city’s 25 tortillería shops have severely cut into their sales, and Ms. González often has to work until 10 p.m. to sell all her tortillas. She charges 10 pesos (about 50 cents) for six, but this covers little more than her expenses. She often trades any remaining tortillas for food from other vendors.

“The tortillerías just want to make more money — they’re not interested in what they sell,” Ms. González said. “We sell quality, not quantity.”

From the city to the countryside, the Mexican tortilla is in crisis. Consumption has dropped nearly 45 percent in the last 35 years, according to the nutritionist Julieta Ponce of the Universidad Autónoma Metropolitana Xochimilco, to 125 pounds per person in 2016 from 225 pounds in 1982, as Mexicans eat more bread and fast food.

Quality has suffered in the race for the cheapest tortilla; nearly half the supply is now made with industrially produced masa harina, or corn flour, like Maseca.

Cristina Barros, an author who investigates Mexican cuisine, says the perilous state of the tortilla is a red alert for Mexico’s wider social ills, including obesity, poverty and emigration. “If the tortilla is not functioning well, if it’s not good quality, there are going to be a bunch of problems,” particularly for tortilla makers and corn farmers, Ms. Barros said. “When we decided to change our traditional food for industrial food, this epidemic of obesity shot up.”

The country’s embrace of free trade in the 1980s contributed to this change, according to the Institute for Health Metrics and Evaluation at the University of Washington, which says the rate of obesity among Mexicans rose to 20.3 percent in 2016 from 7 percent in 1980.

In May, more than 75 organizations and businesses created the Alianza por Nuestra Tortilla to promote corn tortillas. There are wheat-flour tortillas in Mexico, especially in the north, but the group’s focus is on corn as the bedrock of Mexican cuisine. The alliance is pursuing a strategy that includes research, educational events, media campaigns and lobbying.

In the alliance’s view, a good tortilla is made from scratch, through the traditional process known as nixtamalization, in which dried corn (ideally native heirloom varieties) is cooked in water with calcium hydroxide (called cal in Mexico) and left to soak overnight. This unlocks nutrients, and makes the tortilla a valuable source of vitamins, minerals and protein. Industrially produced corn flour is also nixtamalized, but further processing strips it of nutrients, resulting in an inferior tortilla, according to tortilla purists. 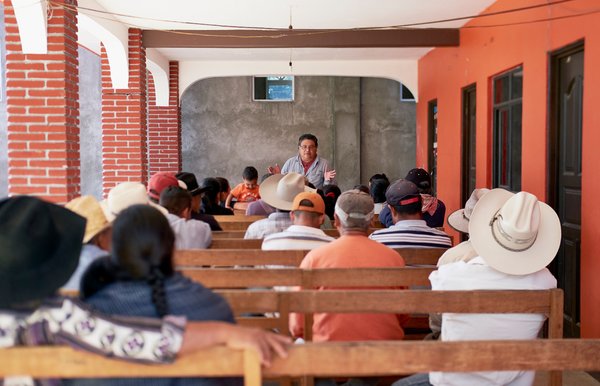 Amado Ramírez Leyva, an agricultural engineer who has worked with corn producers for more than 25 years, promotes biodiversity as the key to persuading consumers that traditional tortillas are worth the expense and the effort to seek them out. “For the last 50 years, people don’t know how corn tastes in the city,” he said. “The native heirloom corns have a much wider flavor palette than industrial corns.”

The alliance is pressing the federal government to codify what can and cannot be called a tortilla, and to require large producers to list their ingredients on labels, said Rafael Mier, the founder of the Fundación de Tortilla Maíz Mexicana, an alliance member that works to preserve this cultural tradition of tortilla production through education and advocacy. He said he wanted to expose “fake” products, so Mexicans can make informed decisions about which tortillas to eat.

“People are interested in providing healthy food for their families,” Mr. Mier said. “We simply need to provide the information.”

Like many other new tortillerías in Mexico City, Maizajo makes masa dough and tortillas the traditional way. Business has grown rapidly since it opened last year: Santiago Muñoz, a founder and chef, said the traditional tortilla producer originally made 65 pounds each day and now makes at least 450 pounds.

Though there are three million corn farmers in Mexico, many have stopped planting heirloom corn or have emigrated because of low prices. Like similar tortillerías, Maizajo pays fairer prices for heirloom corn to keep this tradition alive. Simon Angoa, a farmer in San Juan Ixtenco, 100 miles east of Mexico City, said the average price for a pound of his heirloom corn is 2.25 pesos (12 cents), and sometimes as low as 1.35 pesos (7 cents).

He considers 4.5 pesos (24 cents) to be a fairer price, so laborers don’t have to work in cities or emigrate to the United States. (Mr. Angoa plans to work in California for three years in construction while his family takes care of his fields.)

Unfortunately, many Mexicans and cooks are unaware of the work involved with nixtamalization, and few cooking schools teach the technique. Each corn varietal has to be investigated to find the correct amount of calcium hydroxide and appropriate cooking times. (For example, too much cal can alter the color and produce an overly pungent flavor.)

“The tortilla is like a bread dough, a pizza dough — it needs to be understood that it has the same importance, to give it value,” Mr. Muñoz said.

That value comes with a high price. In cities, most traditional tortillas sell for about five times the price of commercial ones, making them a luxury product for many. At Tamoa, a business in Mexico City that works with farmers to supply local and international restaurants with masa and corn, the owners, Francisco Musi and Sofia Casarin, are making high-quality tortillas more possible and accessible there by cutting the cost of distribution and using heirloom corn grown nearby.

Well-made tortillas are already in the city’s top restaurants, so Ms. Casarin sees the larger change happening in less expensive restaurants, fondas and taquerias. “It’s finding a place for that middle-priced tortilla,” she said.

One shop, Molino El Pujol, a collaboration between the chef Enrique Olvera and Mr. Ramírez Leyva, aims to lower costs by using machinery. But modern equipment is designed to process a standard product like Maseca, which moves more smoothly through the machine’s rollers. To produce a good tortilla with all the variables of heirloom corn has taken much trial and error in tweaking the machine, Mr. Ramírez Leyva said. “But if we can use more machines, then surely we can democratize” the traditional tortilla.

The fight to preserve the old ways is just beginning. In Mexico, there are still 40,000 tortillerías that nixtamalize their corn and millions of people who make traditional tortillas at home.

“There’s an enormous knowledge, but the market doesn’t recognize it,” Mr. Mier said. “The know-how exists. We simply need the will so it doesn’t disappear, the will to transmit it to new generations.” 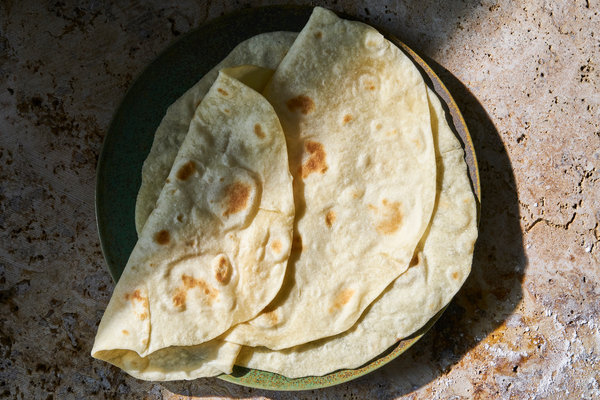 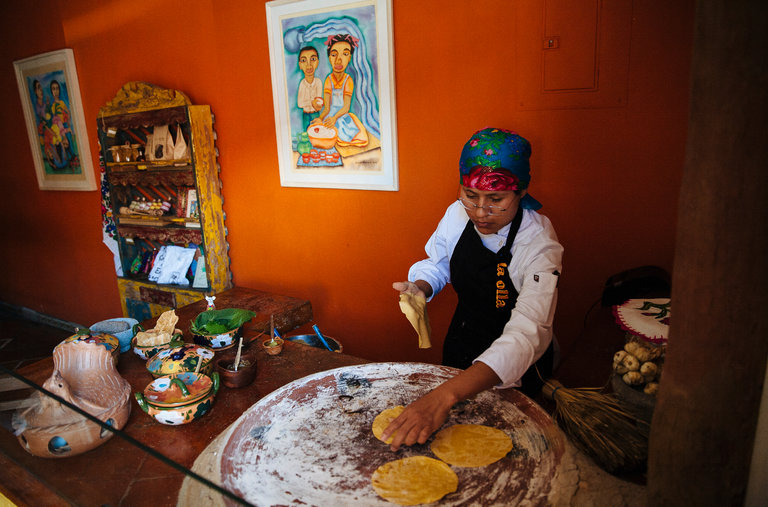 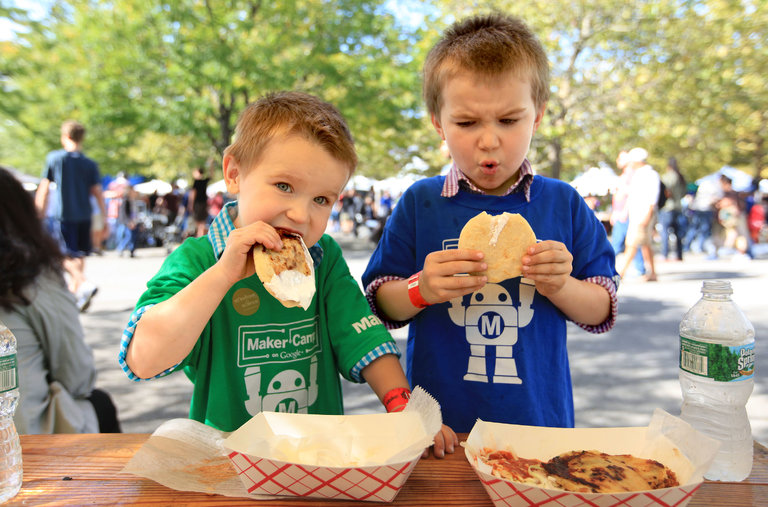 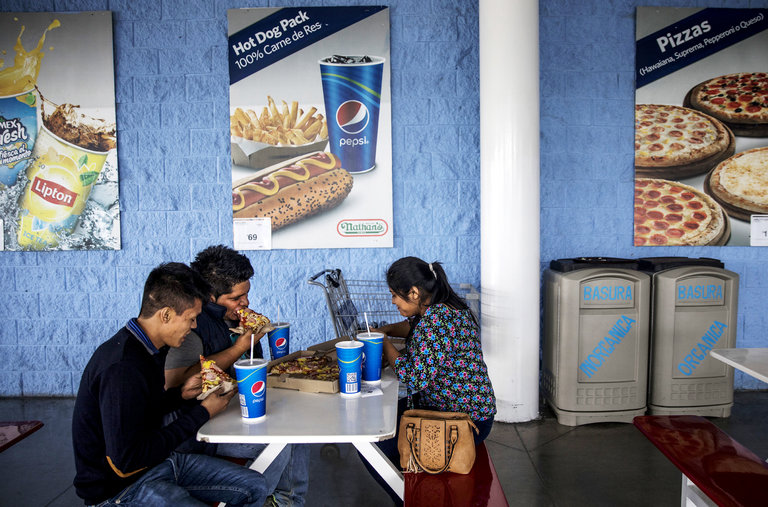