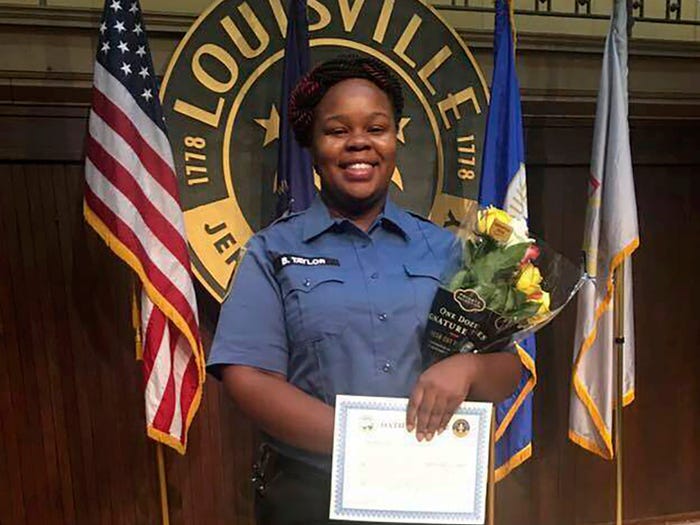 The 26-year-old emergency medical technician was fatally shot by Louisville police officers during a botched drug raid on March 13. Authorities didn't find any drugs at her apartment.

A grand jury indicted one of the officers involved, Brett Hankinson, with three counts of first-degree wanton endangerment for shooting her neighbor's apartment. Sgt. Jonathan Mattingly and Detective Myles Cosgrove were not charged.

The death of Taylor, along with other Black Americans killed at the hands of police, caused nationwide protests this summer as people rallied for justice.

The Times investigation shows the pathway of the 32 bullets the officers fired that night and past interviews from the officers and Kenneth Walker, Taylor's boyfriend, who struck Mattingly in the leg as the officer's beat down their door that night. Walker told investigators they did not hear police announce their presence before entering the apartment.

The Times was able to reconstruct Taylor's apartment where the shooting took place using 3D imagery, statements, crime scene pictures, documents, and SWAT team video to visually show the officers' reckless actions during the raid that led to Taylor's death.

Watch the full video below from The New York Times:

A 41-year-old Louisville woman's home burned down on Christmas. She was known for cooking for activists supporting Breonna Taylor, and the community is raising money to help her rebuild.

The only charges in the Breonna Taylor case are for shooting into her neighbor's apartment, not for killing her