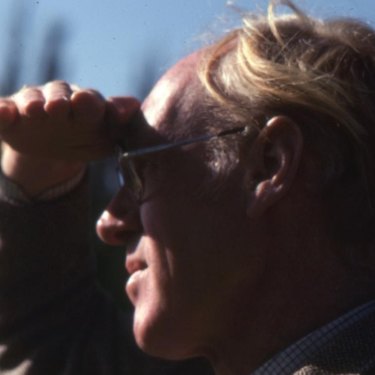 York boy Anthony Taylor was in his early 20s when he missed his train home from Leeds one evening after night school.

So he took himself to a dance.

They ate tea cakes and spoke about their shared interest in news. Jean loved to dance, but didn’t mind that it wasn't Tony's strong suit.

They married several years later in 1955. The pair would spend almost seven decades together. 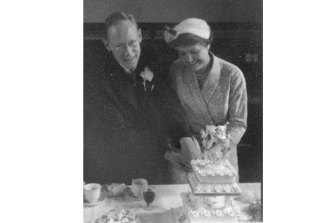 And though only one picture remains of their wedding ceremony (the man they hired to take pictures never arrived), their adventurous lives were well documented by Tony, who never lost his deep love for photography.

The "inseparable" couple had two daughters, Jennifer and Julia, and after hearing about life in Australia from relatives, they decided in 1964 to escape the bitter Yorkshire winter and move across the world. 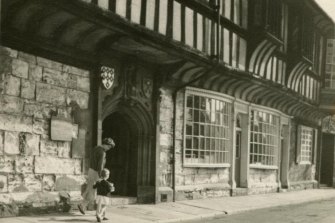 Jean and Jennifer in York in 1959. Credit:Tony Taylor 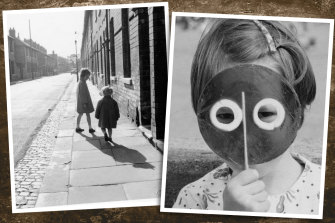 Julia and Jennifer on the street in York, and Jennifer with a lollypop in a photograph Tony submitted in a competition. Credit:Tony Taylor

They settled in Mulgrave, in Melbourne’s south-east.

Tony worked as a compositor for the Dandenong Journal, but was restless in the role, knowing technology was quickly changing.

He got a job as a representative for an educational book publisher that he stayed with for the next 30 years.

But it was outside work where he indulged in his real passion. 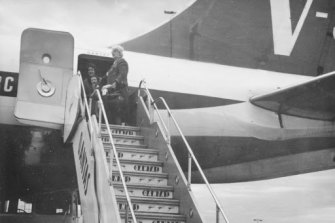 The family arriving in Melbourne from York in 1964. Credit:Tony Taylor 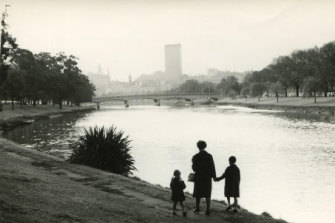 Jean, Julia and Jennifer walking along the banks of the Yarra in 1965, the year after the family moved to Melbourne. Credit:Tony Taylor

His family remembers the darkroom set up in the garage, a mysterious space full of developing chemicals and photo paper.

The final prints would be hung with pegs along a wire to dry in the bathroom, before they would often end up littered around the home.

"He had an interest and fascination with people," says Julia. "He wasn’t outgoing, but photography gave him a way of connecting with people."

A collection of his photos given to him by friends in York before he left for Australia was still among his prized possessions when he moved to a nursing home decades later. 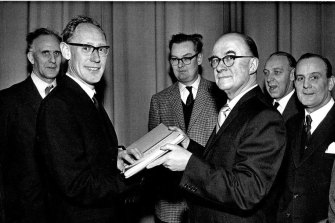 Tony (left) receiving an album of his photos from the New Earswick Camera Club.

"When I would visit him, we would look through them: those magnificent photos of York in the fifties," says grandson Josh.

"Grandpa’s photos were hung on the wall alongside prints of renowned photographers like Andreas Feininger, and I always thought that that was appropriate: despite his modesty, his photos were world-class, but the satisfaction he got from taking and developing them was enough for him."

"Where he was sometimes reticent in conversation, his photographs express his profound love and respect for his family and friends. He would never have said anything so grandiose, but his quiet pride as we would look through that photo album was unmistakable." 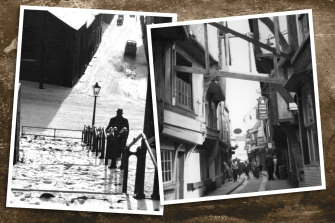 Tony's photos of York in the 1950s. Credit:Tony Taylor

Tony was also a devoted father and grandfather; adventurous, curious and generous.

His daughter Jenny remembers days spent as a little girl perched on her father's bicycle as they toured the York countryside, passing the daffodils blooming along the city’s medieval walls.

When they moved to Melbourne, he was constantly ferrying his girls around to piano lessons and social engagements without complaint.

They often went camping, taking off without knowing exactly where they would end up. Josh also remembers days spent on road trips with his grandfather, with Titch the Maltese terrier in tow.

Tony was also a man of many hobbies. He collected hi-fi equipment, razors, records and tools; was a longtime member of the Melbourne Camera Club; learned French; and in his later years regularly went to Neighbourhood Watch meetings "just for fun and to make friends in his community", says Julia.

"Despite being quiet, he was not shy," says Julia. "He was actually very social and loved people. I don’t think we ever quite appreciated how popular he was in the outside world. 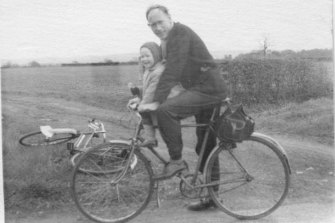 Tony and Jennifer riding through the York countryside.

"As kids, when we went on weekend outings to the Botanic Gardens or the Dandenongs or down the Peninsula, we invariably heard a person call out, 'Tony!' and a chat would ensue."

Josh remembers his grandfather constantly surrounded by piles of books, newspapers, magazines and periodicals, encouraging his grandson to borrow whatever he liked.

He had a "savant-like" ability to choose birthday and Christmas presents, which were always "eccentric but perfect", says Josh.

"From magnifying glasses and puzzles to books about science and courses on history and languages. It taught me about the importance of wondering, inquiring and finding out."

In 2010, Tony developed Parkinson’s disease but remained fiercely independent, going for daily walks around the suburb with his walking frame, no matter the weather.

Jean and Tony later moved together to Doutta Galla aged care home in Footscray, where he was loved by staff and residents.

He celebrated his 89th birthday in early August. A few days later, he tested positive for coronavirus. He died on August 21.

Jean, aged 93, also contracted COVID-19 but had almost no symptoms and has since recovered from the virus.

Just before the pandemic, a local historian helped Tony write a short autobiography. 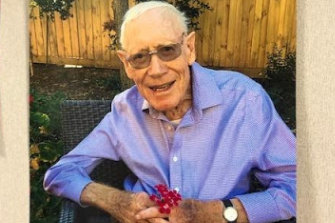 At the launch of the book in March, Tony told those gathered: "I think my life has been quite ordinary, but I hope that someone can pick this biography up, read it and find something interesting."

Josh says his grandfather's life was "anything but ordinary".

"The world will miss him – perhaps even more than he will miss it."

The Age welcomes submissions from families or friends who would like to pay tribute to those taken by the pandemic for inclusion within this series.