The PM refused to explain what her back-up plan will be if the withdrawal agreement is defeated by MPs on December 11. 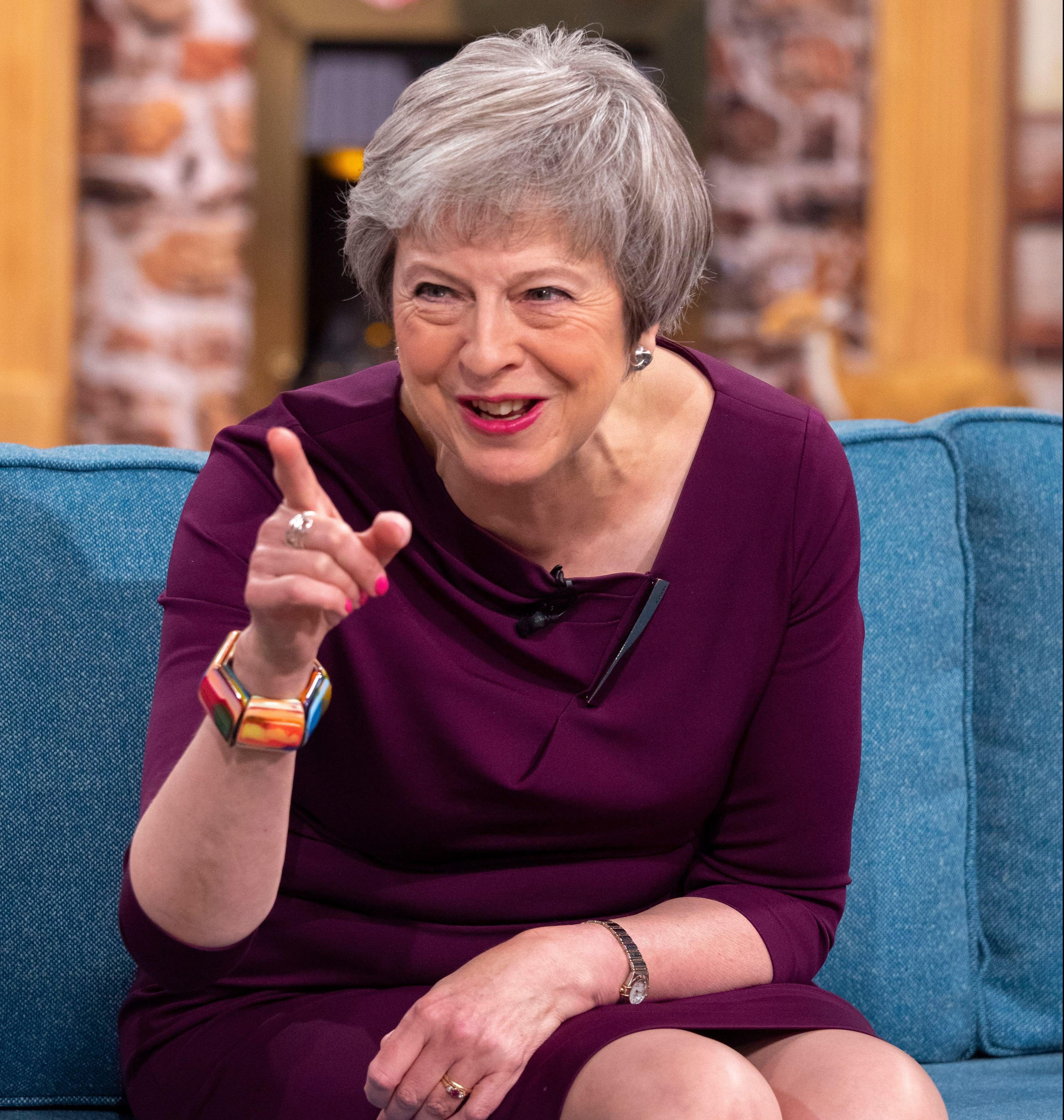 During an interview with ITV's This Morning she called on politicians to "hold our nerve" and get the deal over the line – insisting it will make Britain better off in the long term.

Pushed on what she will do if the vote next week fails, as seems likely, Mrs May said she's only focussed on convincing the Commons to support her deal.

But she added: "I will still have a job in two weeks' time, and my job is making sure that we do what people have asked us to."

Previously it's been suggested Mrs May could resign if she suffers a heavy defeat which knocks her Brexit plans off course. 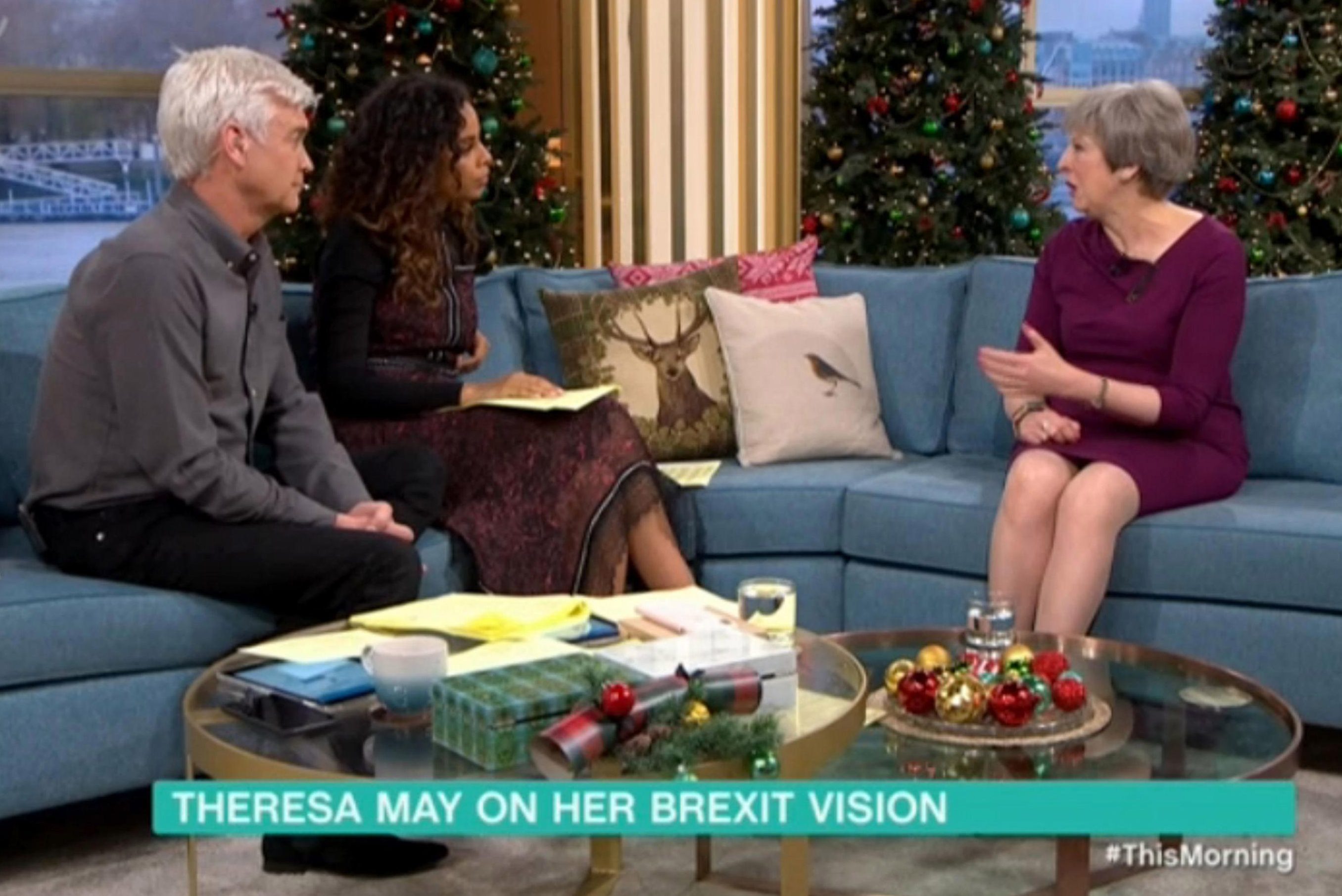 This afternoon, the PM will again plead with MPs to back her deal as she makes a Commons statement on the G20 summit she attended last week.

As another crunch week began for Mrs May:

Before this afternoon's Commons  showdown Mrs May was on the This Morning sofa for a grilling by hosts Phillip Schofield and Rochelle Humes.

They asked if she was "knackered" by the Brexit drama – and the PM replied: "It is a tough time, it's been a difficult time, an awful lot of work has gone into this.

"The key point is, just keep focussed on the endpoint." 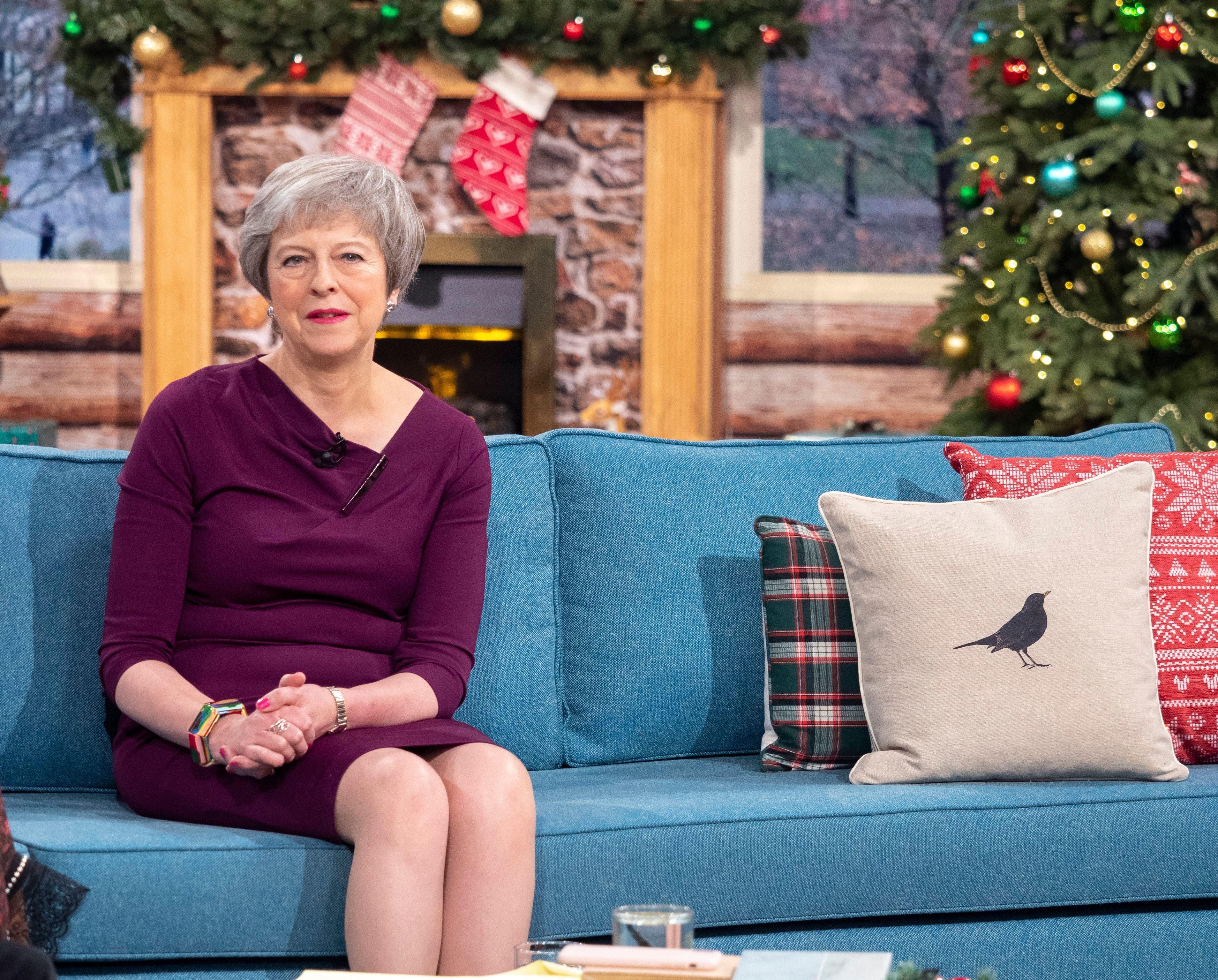 Mrs May added: "It's about holding our nerve and getting this over the line."

Quizzed on whether her deal will leave Britain better off than it is now, the PM again refused to say that we'll definitely prosper.

But she added: "We can be better off – that's up to us. hat delivers us being better off is what we here in the UK do."

Mrs May was also grilled on the proposed TV debate between her and Jeremy Corbyn – which is now in jeopardy because the two leaders can't agree if it should be on the BBC or ITV.

Asked which one she prefers, the PM said: "His proposal meant that I'd miss Strictly – and I hate to say this on ITV but I'm a bit of a Strictly fan." 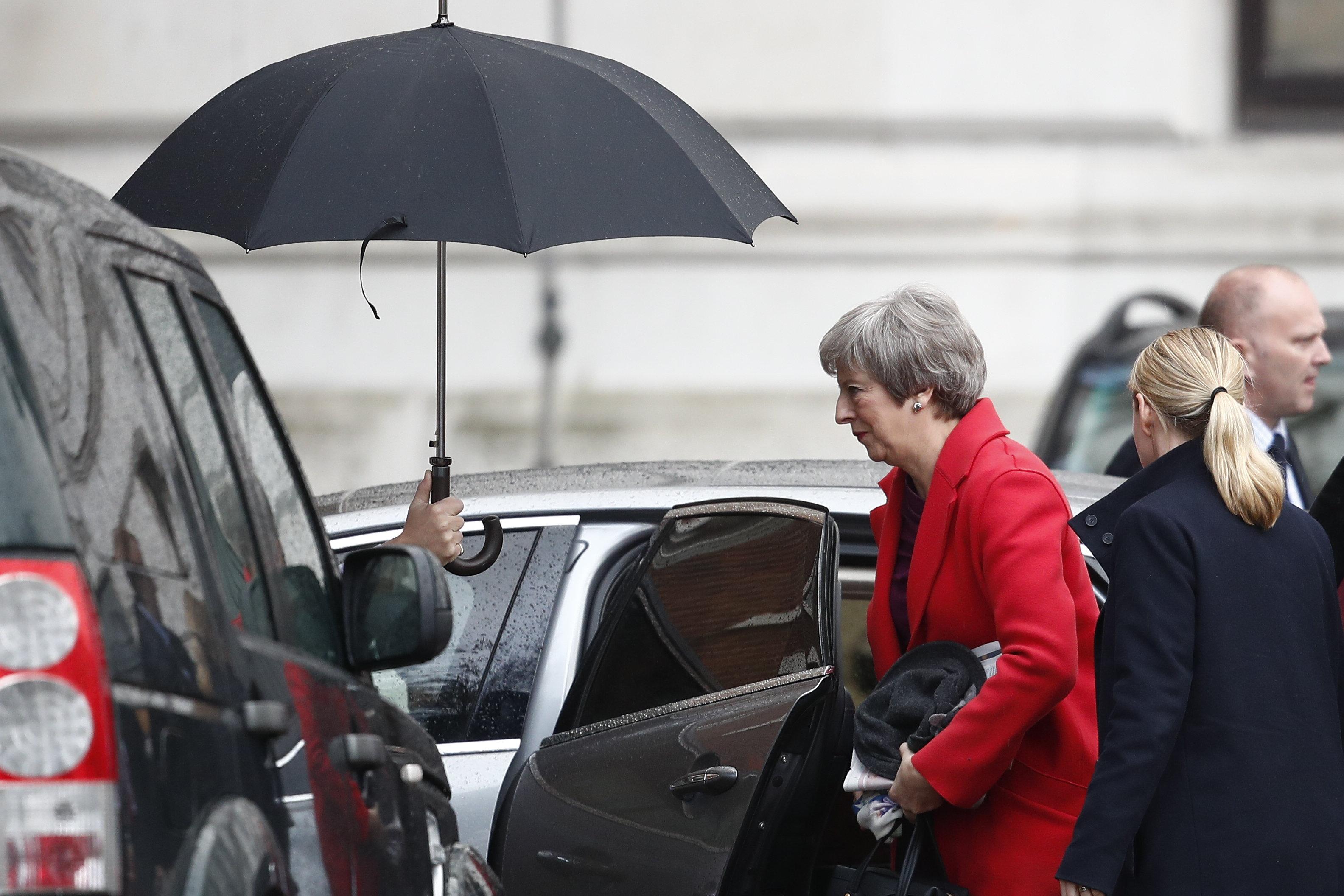 This afternoon Mrs May will make the latest in a string of marathon Commons statements designed to convince MPs they have no choice but to back her deal, or risk political chaos.

Reporting back on the G20 summit, she's expected to say: “Once we leave the EU, we can and we will strike ambitious trade deals.

“For the first time in more than 40 years we will have an independent trade policy, and we will continue to be a passionate advocate for the benefits open economies and free markets can bring."

But shortly after her statement the Government faces a massive bust-up with pro-Brexit rebels, opposition leaders and Commons Speaker John Bercow. 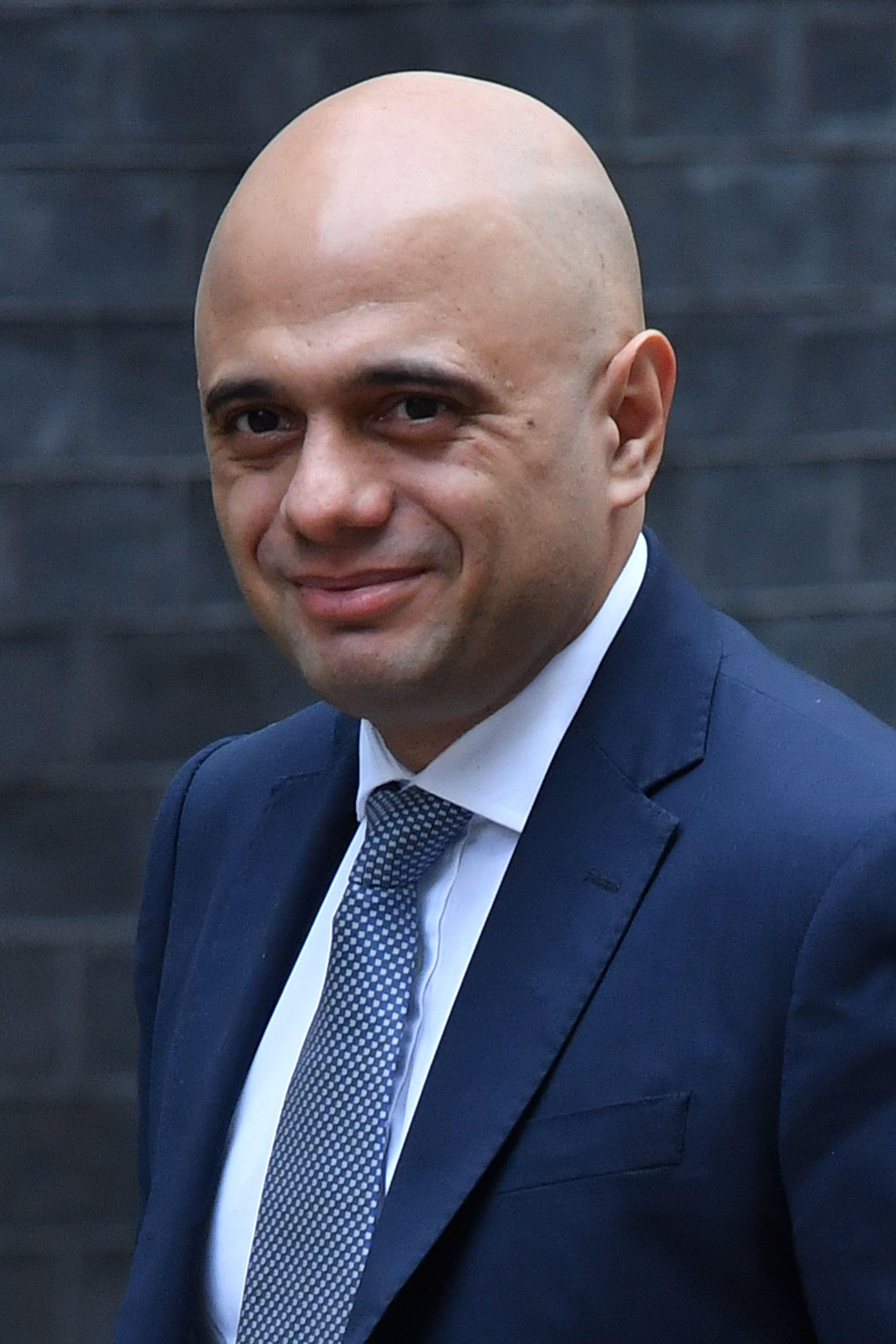 Attorney General Geoffrey Cox has been ordered to publish all the legal advice he's given Mrs May on her proposed deal – but is expected to hand over a summary instead.

Ministers could be held in contempt of Parliament if they refuse to comply with the order in full.

Sajid Javid added to the PM's headaches this morning when he confirmed The Sun's report that the long-awaited immigration white paper won't be published before next week.

The added delay means MPs won't know what the Government's future immigration strategy is at the time they vote on Brexit.

CITY banks have been warned not to move business to Europe because of Brexit unless it's strictly necessary.

The financial watchdog has told large firms it will intervene if they cause "unacceptable risks" by overreacting to political developments.

They were told they should only make "minimum necessary changes" to prepare for Brexit instead of transferring all their clients in London to European branches instead.

The FCA threatened to step in and stop them if they endanger clients' interests by moving them to the EU for no good reason.

A spokesman said: "We have emphasised to firms that we expect decisions taken by them in relation to EU withdrawal to be consistent with our statutory objectives, which includes the interests of their clients."

Banks have previously been accused of panicking over Brexit.