Thieves ransack house and steal laptop, jewellery and children’s Christmas presents before using family’s OWN suitcase to wheel haul to their getaway car

Cruel thieves ransacked a house and stole children’s Christmas presents before using the family’s own suitcase to wheel the goods to their getaway car.

Mel Jones said she was left ‘heartbroken’ when she returned to her home in Reddish, Greater Manchester, which looked like ‘a tornado had ripped through it’.

Thieves had broken into the property and stole a brand new laptop and Nintendo Switch, as well as other gifts, watches and jewellery, passports and birth certificates. 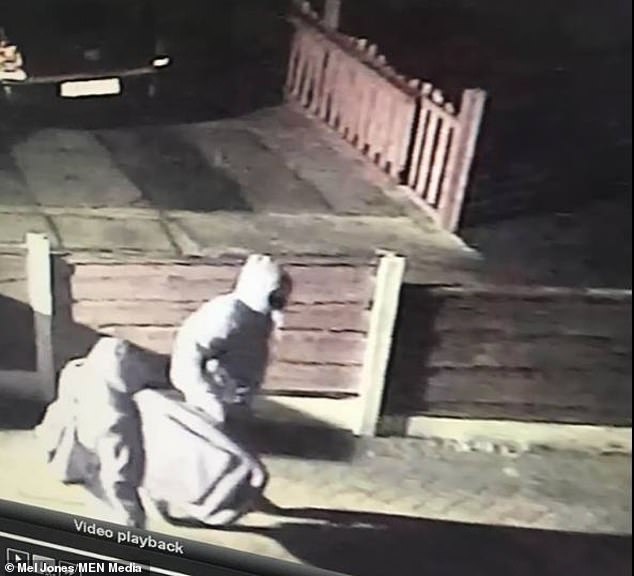 Ms Jones and her family arrived home on November 30 to find the property had been broken into.

Everything had been pulled out of drawers and wardrobes including the Christmas gifts she had hidden from her children in bin bags at the back.

The 48-year-old said: ‘It’s heartbreaking. I can’t even begin to tell you how it feels, it’s horrendous.’

CCTV footage shows two thieves leaving with a large black IT suitcase around 7.50pm, however it is not known how long they had been inside.

The mother-of-two added: ‘They took the suitcase and filled all our stuff in it. Then they just wheeled the case to the car and went.

‘They completely turned the place over. They stole Christmas presents, jewellery, they even took a small safe that had our spare car keys, passports, driving licences, birth certificates and other important documents.

‘They just helped themselves to everything. It was like a tornado had ripped through our bedroom.

‘Everything had been emptied, you couldn’t see the floor.’ 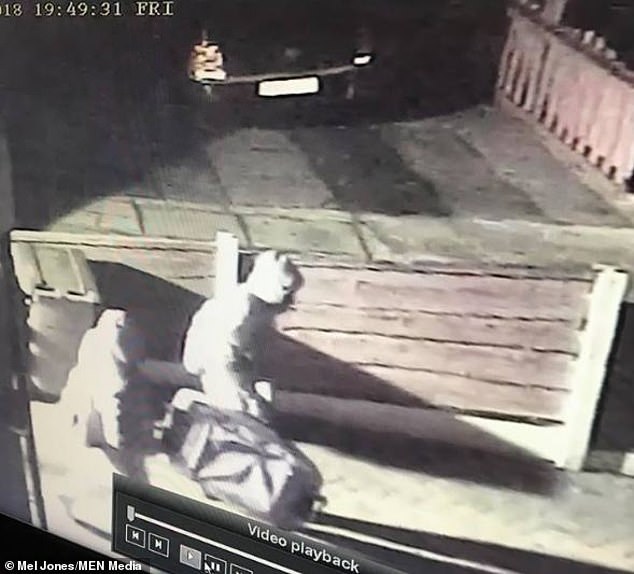 Thieves broke into the property and stole a brand new laptop and Nintendo Switch, as well as other gifts, watches and jewellery, passports and birth certificates 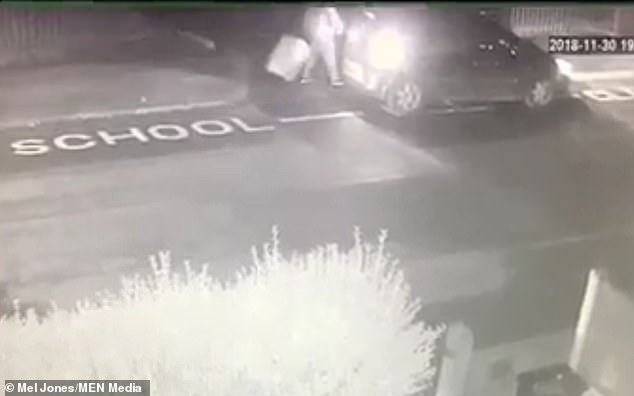 The pair made their getaway, leaving the family without their Christmas presents

Ms Jones, a receptionist, has since shared the CCTV in a bid to try and identify the pair.

It shows what appears to be a black Toyota Aygo reversing outside Dane Bank Primary School towards the two men who are wheeling the suitcase.

The pair get in the car and it drives away from the scene.

Greater Manchester Police confirmed they were aware of the incident, and that investigations were ongoing.