Three members of the same family are jailed after narrowly missing a murder charge after the victim they attacked with swords and a bayonet died in the ambulance but was brought back to life by paramedics, court hears

Three members of the same family have been jailed after a rival was left so badly injured with swords and a bayonet he ‘died’ and had to brought back to life.

Victim Wayne Brown had fallen out with the Lamb family over claims he had taken advantage of and bullied David Lamb, 51, of Gateshead.

After an argument between Lamb and Mr Brown, Lamb summoned help from his brother, Paul Lamb, 53, and nephew, James Lamb, 27.

A court heard the father and son went to the house in Felling, Gateshead, armed with two swords and a bayonet or dagger.

They attacked Mr Brown, with James Lamb repeatedly sticking the bayonet in his neck before they fled, leaving him collapsed and bleeding.

He went into cardiac arrest on his way to hospital and needed surgery and 37 units of blood and 37 units of plasma to keep him alive – despite the fact the body only contains eight units of each. 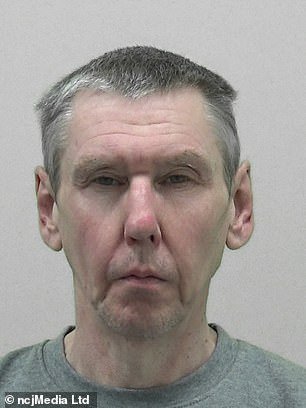 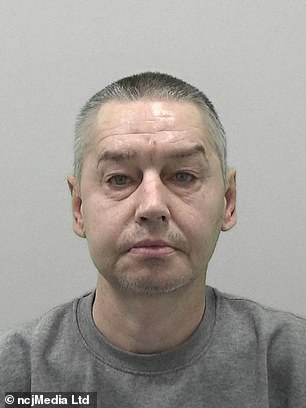 Newcastle Crown Court heard Mr Brown is now a shadow of his former self as the three Lambs were locked up for the attack which happened on January 11 this year.

They had originally been charged with attempted murder but prosecutors accepted guilty pleas to wounding with intent.

All three were jailed for six years and nine months.

Mr Brown, a dad, said in a victim impact statement: ‘The attack has been life-changing, my body has been left with horrible vivid scars I see every day.’

Mr Brown added that his spleen had to be removed, making him more susceptible to infections.

He said: ‘I have night terrors and shout and scream throughout the night.

He added: ‘I can’t touch metal things like cutlery now because it reminds me of the swords. I have to use plastic spoons and forks.

‘I have to take antibiotics for life and my lie will never be the same as it was before. My life has been totally and utterly ruined.’

Sentencing the trio, Judge Robert Adams said he accepted there was a background leading up to the incident.

He said Mr Brown had been ‘described as behaving like a Cuckoo’ by taking money from David Lamb. 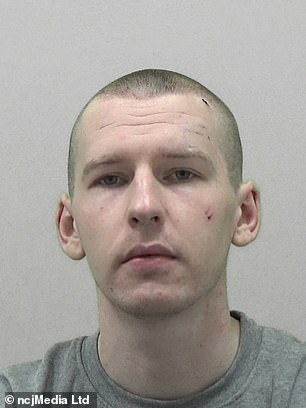 An argument broke out between David Lamb and Mr Brown over a debt at Woodlands Terrace, Felling, just before 3pm.

They went outside and fought, with Mr Brown getting the better of Lamb, kicking and punching him.

Lamb called his brother, Paul, who arrived with his son, James, and the weapons.

The father and son used swords to attack unarmed Mr Young and when James Lamb’s sword buckled and Mr Young took it from him, he armed himself with the bayonet.

He used this to stab Mr Young in the neck several times as he turned his back to go back inside the property.

David Lamb did not join in the attack but did encourage it, saying: ‘You will have to finish him off’.

Judge Adams said: ‘This was a sustained attack with life-changing injuries.

‘Everyone involved is extremely fortunate Mr Brown did not die, not least, of course, Mr Brown.’

Mr Brown suffered multiple stab wounds to his neck and abdomen and was on a ventilator for a month.

Rachel Hedworth, for Paul Lamb, said: ‘He has been a responsible member of the community and was living a peaceful life with his son.

‘He acted entirely out of character. He has gone to the defence of his brother and perhaps acted out of misplaced loyalty.

‘This has had a catastrophic effect on him. He is remorseful and recognises what took place is utterly abhorrent and he is extremely sorry.’ 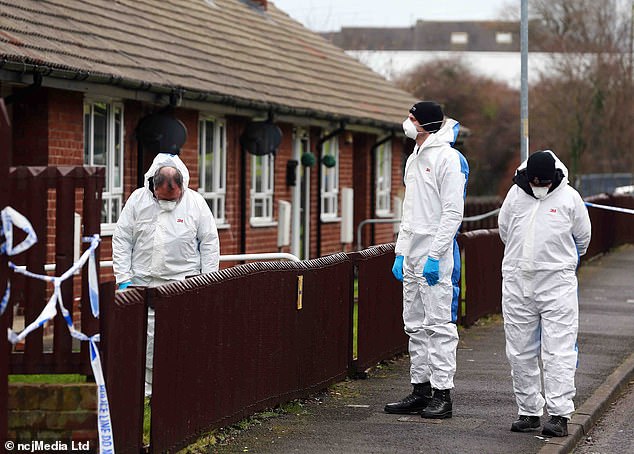 An argument broke out between David Lamb and Mr Brown over a debt at Woodlands Terrace, Felling, just before 3pm (pictured)

Geoff Knowles, for James Lamb, said he only got involved due to the situation between his uncle David and Mr Young.

He added: ‘I accept these are life-changing injuries and there can be no excuse for the infliction of such wounds.’

Joe Hedworth, for David Lamb, said: ‘He is absolutely devastated about not only the awful injuries sustained by Wayne Brown but also the undoubted misery and upset he has caused to every single member of his own family as a result of making that fateful phone call.

‘He, at the time, was in a desperate situation. He simply wanted to escape the situation, which was happening again but he did not ask that weapons were brought.

‘He didn’t use any violence at all.’