Grading on the steep curve by which he is judged, President Donald Trump may have had his most successful international outing at the Group of 20 summit that concluded on Saturday in Buenos Aires. But that's not because he accomplished anything significant. He didn't. It was simply because he did not commit a massive gaffe.

Trump's ballyhooed deal with Chinese President Xi Jinping was little more than an agreement to keep talking. Trump committed not to increase tariffs on China for 90 days, and Xi committed to buy more US products – but with no specific numerical targets. This is no more binding than North Korea's promise to denuclearise somehow, someday. The two countries' post-summit statements showed that they could not even agree on what they had agreed on. China's statement, for example, did not mention a 90-day negotiating. 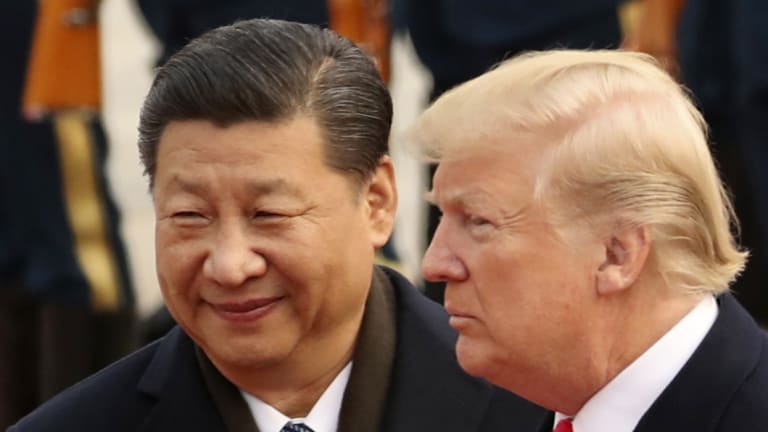 But at least Trump did not have any cringeworthy moments – such as when he left the Group of 7 meeting in Quebec in June early and refused to sign the communique, or when he acted like a lackey toward Russian President Vladimir Putin in Helsinki in July.

Trump even distinguished himself in Buenos Aires by making appropriate comments on the death of George H.W. Bush rather than continuing his feud with the Bush family. With Trump, you can never take such human niceties for granted. And if he had been as petty and mean-spirited as he was after John McCain's death, it would have been a big news story. So a disaster averted.

But not much accomplished either. If Trump took any action to rally his fellow democratic leaders to confront the looming threat of China or Russia, or to hold Saudi Crown Prince Mohammed bin Salman to account for the murder of journalist Jamal Khashoggi, there was no indication of it. Two months have passed since Khashoggi's killing at the Saudi Consulate in Istanbul and a week since Russia's illegal seizure of Ukrainian vessels in the Kerch Strait, and the perpetrators of those crimes still have not paid any price for them.

The iconic image from the G20 showed Mohammed bin Salman and Putin giving each other high fives, laughing and smiling. It reminded me of the classic David Low cartoon after the Nazi-Soviet pact in 1939 showing Hitler and Stalin curtsying to each other, with Hitler saying, "The scum of the earth, I believe," and Stalin replying, "The bloody assassin of the workers, I presume?" Mohammed bin Salman and Putin are no Hitler or Stalin, but they do have fresh blood on their hands – including that of the countless victims of Saudi bombing in Yemen and Russian bombing in Syria – and they are getting away with their crimes because Trump won't do anything to hold them to account.

Trump's refusal to meet with Putin officially at the G20 is hardly the kind of action that will get the Russian strongman's attention. (They instead saw each other at dinner.) Rather, it signals American weakness that will encourage Putin to transgress further. Likewise, denying overwhelming evidence of Mohammed bin Salman's complicity in Khashoggi's murder signals that Trump isn't tough enough to hold his ally to account.

The Saudi crown prince was thumbing his nose at the United States with his chumminess toward Putin and his insistence, despite US entreaties, to continue exploring the purchase of an S-400 air-defense system from Russia. He was also undercutting one of the chief rationales that Trump offers for his obsequiousness to Mohammed – the Saudis' opposition to Iran – given that Russia is Iran's chief ally. Putin, for his part, mocked Trump by saying that "two little boats gifted to Ukraine by the US couldn't even get through the Kerch Strait." (The ships reportedly weren't actually provided by the United States.) The world's tyrants are laughing at the United States – and Trump is letting them get away with it.

But, again, it could have been much worse – and with Trump often has been. In some ways, the miracle of Buenos Aires is not what Trump said or did but that he could function at all, given how crippled by scandal his presidency has become. Just in the past week, we have learned that conspiracy-monger Jerome Corsi notified Trump friend Roger Stone of the Russians' theft of Hillary Clinton campaign emails long before they were released and that the next day Stone talked to Trump. We have also learned that Trump was working on a deal to build a tower in Moscow even as he was winning the Republican presidential nomination in 2016. The evidence of collusion grows stronger – and so does the evidence of obstruction of justice. Trump on November 28 dangled the possibility of a pardon before his former campaign manager, convicted felon Paul Manafort.

No wonder Trump so often looked distracted in Buenos Aires or felt compelled to cancel several meetings. Barely able to perform the duties of his office in the best of times, he is now preoccupied with his political survival, which no longer appears assured.