DONALD Trump's Attorney General William Barr said on Tuesday the Justice Department has not uncovered evidence of widespread voter fraud that would change the outcome of the 2020 presidential election.

His comments come despite President Donald Trump’s repeated claims that the election was stolen, and his refusal to concede his loss to President-Elect Joe Biden. 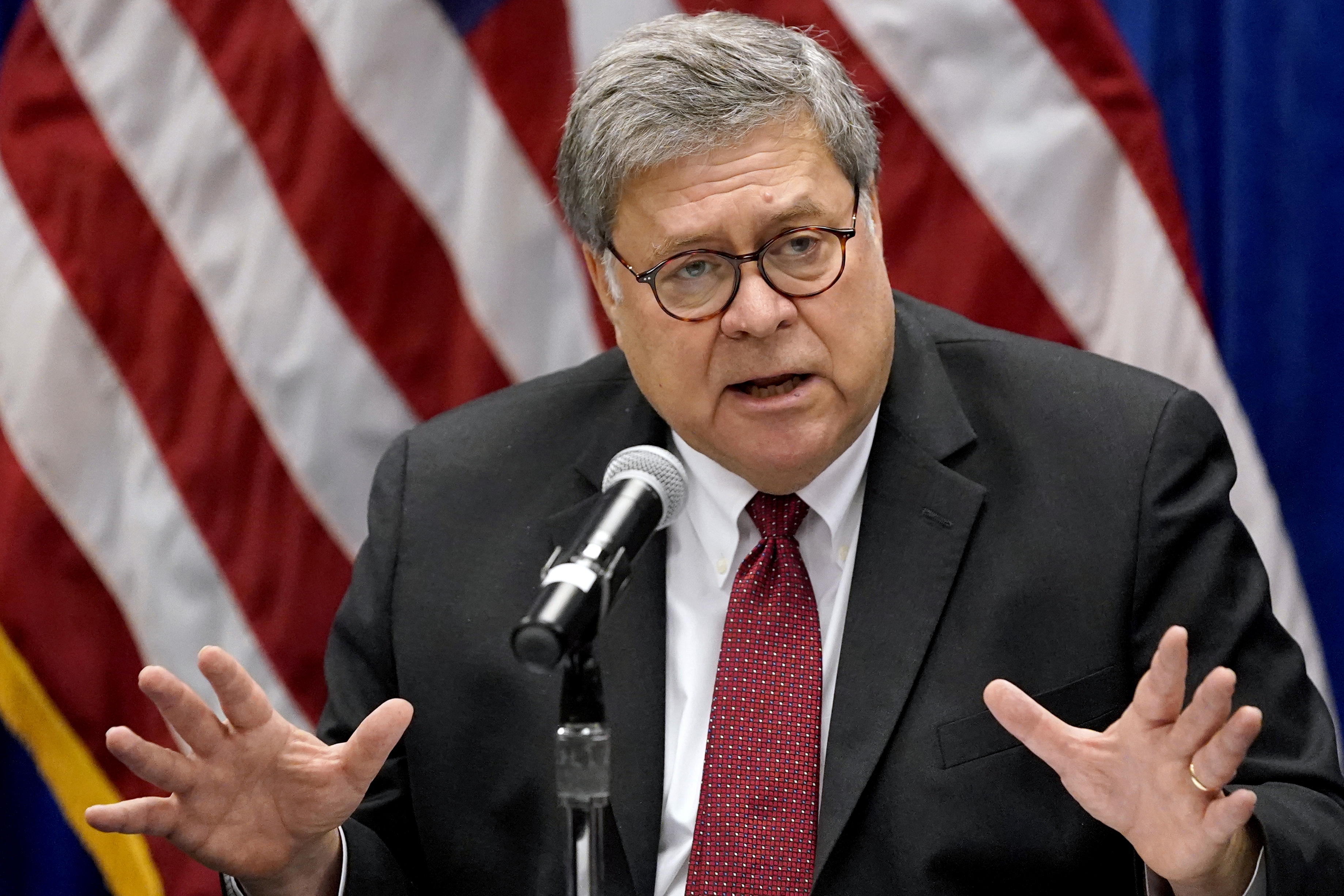 In an interview with The Associated Press, Barr said US attorneys and FBI agents have been working to follow up specific complaints and information they’ve received, but they’ve uncovered no evidence that would change the outcome of the election.

“To date, we have not seen fraud on a scale that could have affected a different outcome in the election,” Barr told the AP.

However, Trump appeared to ignore Barr's comments as he went on to tweet further speculations of voter fraud.

"…People are coming forward like never before. Large truck carrying hundreds of thousands of fraudulent (FAKE) ballots to a voting center? TERRIBLE – SAVE AMERICA!" the president wrote. 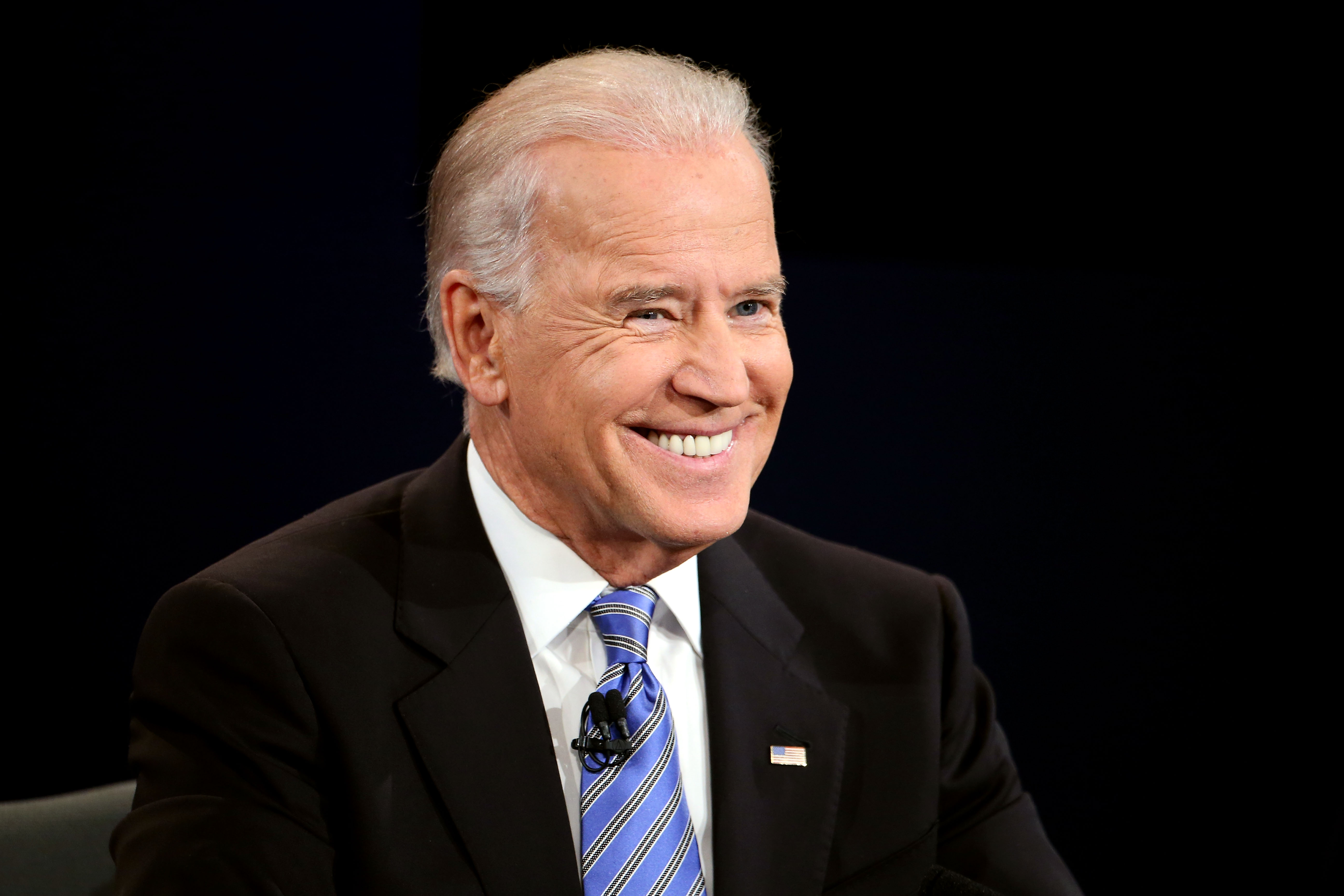 Responding to the comments, Trump's attorneys Rudy Giuliani and Jenna Ellis said in a statement: "With all due respect to the Attorney General, there hasn't been any semblance of a Department of Justice investigation.

"We have gathered ample evidence of illegal voting in at least six states, which they have not examined. We have many witnesses swearing under oath they saw crimes being committed in connection with voter fraud.

"As far as we know, not a single one has been interviewed by the DOJ. The Justice Department also hasn't audited any voting machines or used their subpoena powers to determine the truth."

Barr's comments are especially direct coming from Barr, who has been one of the president’s most ardent allies. Before the election, he had repeatedly raised the notion that mail-in voter fraud could be especially vulnerable to fraud during the coronavirus pandemic as Americans feared going to polls and instead chose to vote by mail. 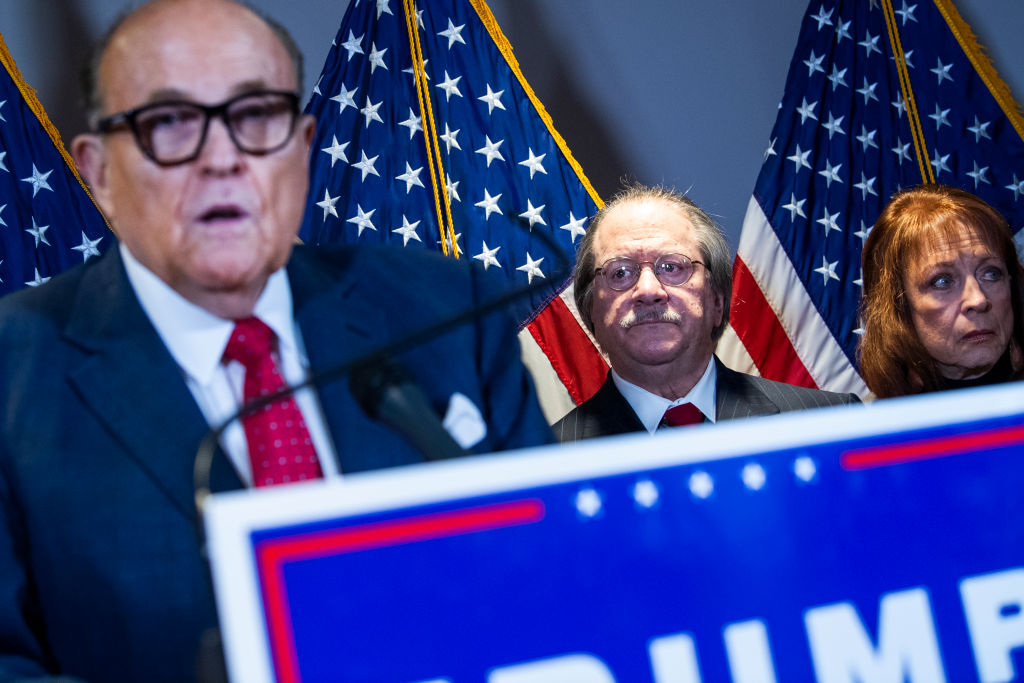 Last month, Barr issued a directive to US attorneys across the country allowing them to pursue any “substantial allegations” of voting irregularities, if they existed, before the 2020 presidential election was certified, despite no evidence at that time of widespread fraud. That memorandum gave prosecutors the ability to go around longstanding Justice Department policy that normally would prohibit such overt actions before the election was certified. Soon after it was issued, the department’s top elections crime official announced he would step aside from that position because of the memo.

The Trump campaign team led by Rudy Giuliani has been alleging a widespread conspiracy by Democrats to dump millions of illegal votes into the system with no evidence. They have filed multiple lawsuits in battleground states alleging that partisan poll watchers didn’t have a clear enough view at polling sites in some locations and therefore something illegal must have happened. The claims have been repeatedly dismissed including by Republican judges who have ruled the suits lacked evidence. Local Republicans in some battleground states have followed Trump in making similar unsupported claims.

Trump has railed against the election in tweets and in interviews though his own administration has said the 2020 election was the most secure ever. Trump recently allowed his administration to begin the transition over to Biden, but has still refused to admit he lost. 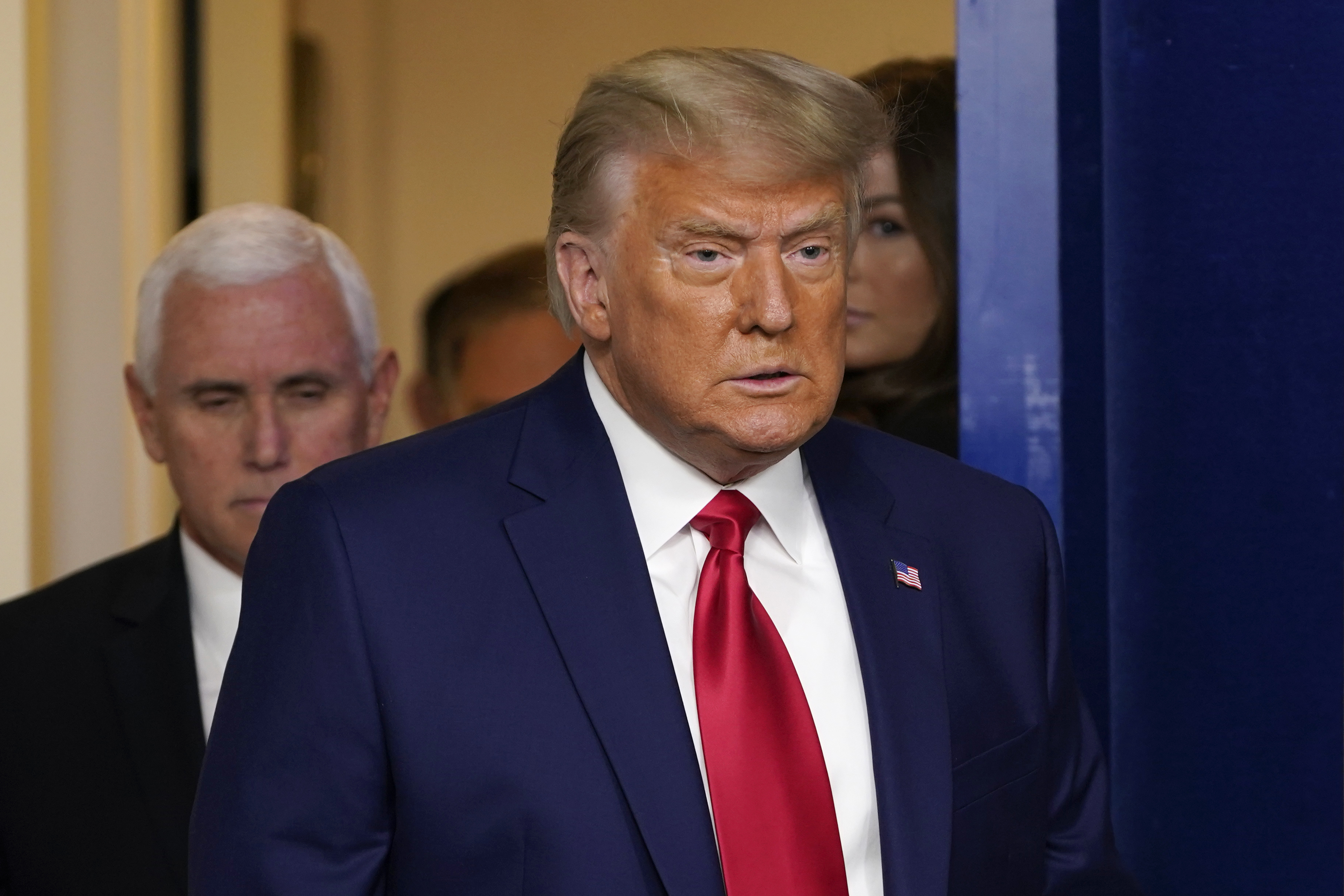 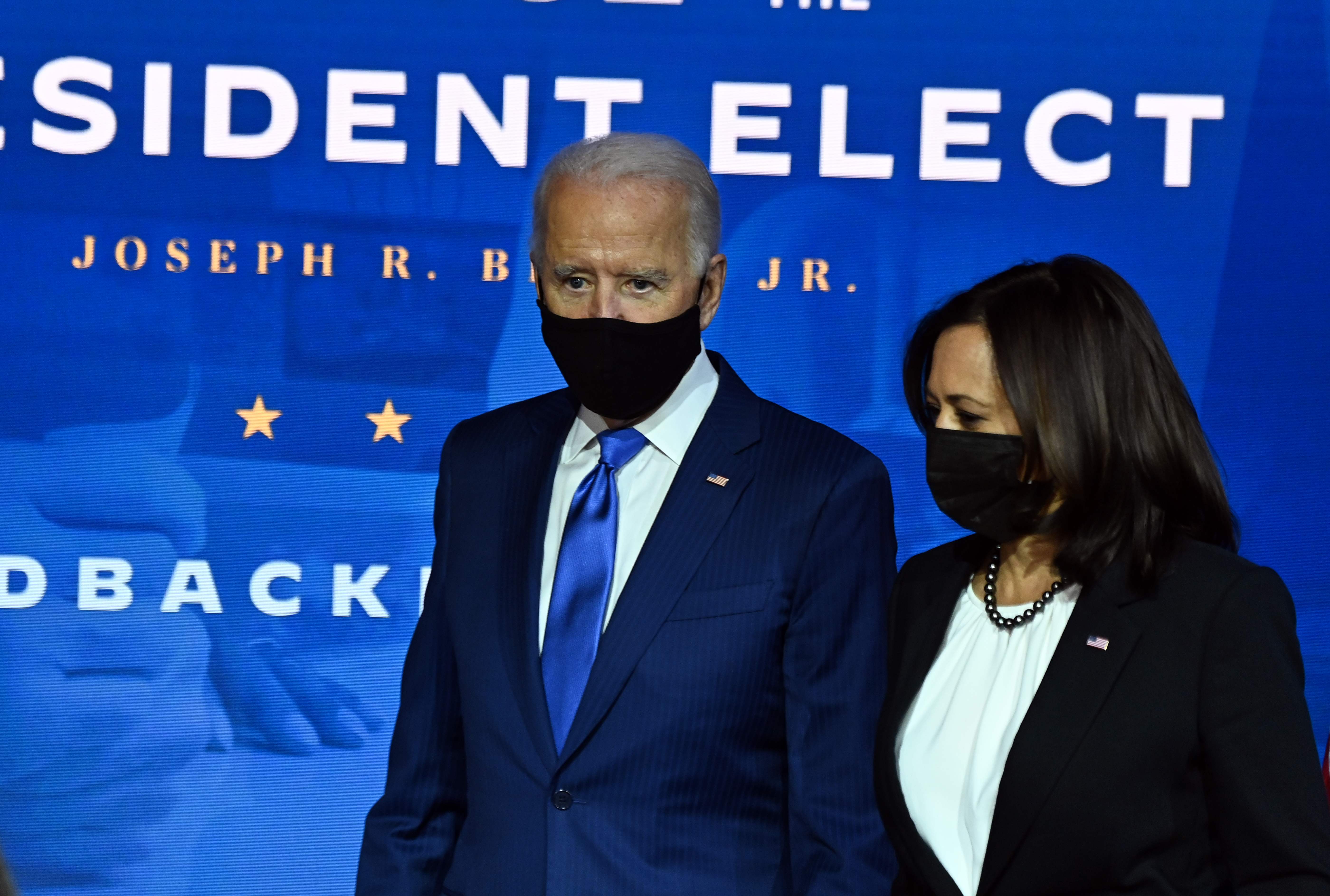 The issues Trump’s campaign and its allies have pointed to are typical in every election: Problems with signatures, secrecy envelopes and postal marks on mail-in ballots, as well as the potential for a small number of ballots miscast or lost.

But they’ve also requested federal probes into the claims. Attorney Sidney Powell has spun fictional tales of election systems flipping votes, German servers storing U.S. voting information and election software created in Venezuela “at the direction of Hugo Chavez,” – the late Venezuelan president who died in 2013. Powell has since been removed from the legal team after an interview she gave where she threatened to “blow up” Georgia with a “biblical” court filing.

Barr didn’t name Powell specifically but said: “There’s been one assertion that would be systemic fraud and that would be the claim that machines were programmed essentially to skew the election results. And the DHS and DOJ have looked into that, and so far, we haven’t seen anything to substantiate that,” Barr said.

He said people were confusing the use of the federal criminal justice system with allegations that should be made in civil lawsuits. He said such a remedy for those complaints would be a top-down audit conducted by state or local officials, not the US Justice Department.

“There’s a growing tendency to use the criminal justice system as sort of a default fix-all, and people don’t like something they want the Department of Justice to come in and ‘investigate,’” Barr said.

He said first of all there must be a basis to believe there is a crime to investigate.

“Most claims of fraud are very particularized to a particular set of circumstances or actors or conduct. They are not systemic allegations and. And those have been run down; they are being run down,” Barr said. “Some have been broad and potentially cover a few thousand votes. They have been followed up on.”