This is the bizarre moment a TV presenter is filmed stashing her phone between her breasts moments before going on the air.

Ukrainian TV star Elena Filonova was caught on camera removing the huge iPhone 8 Plus from her cleavage before a broadcast for ‘Strasti Po Revizoru’, a popular Ukrainian talk show, shot in the capital city of Kiev.

She can be seen texting for a splitsecond before replacing the phone in her cleavage as makeup artists frantically work around her. 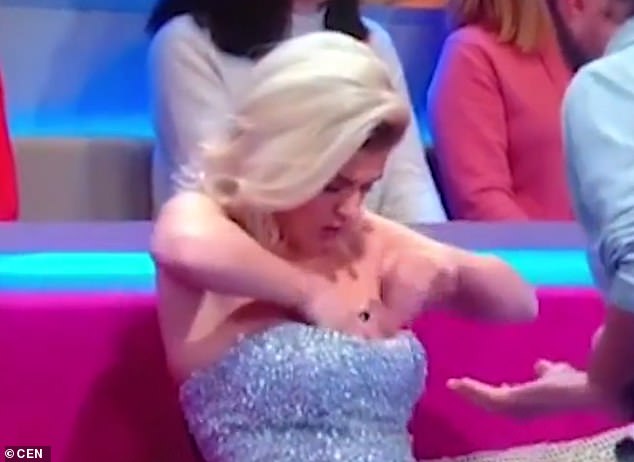 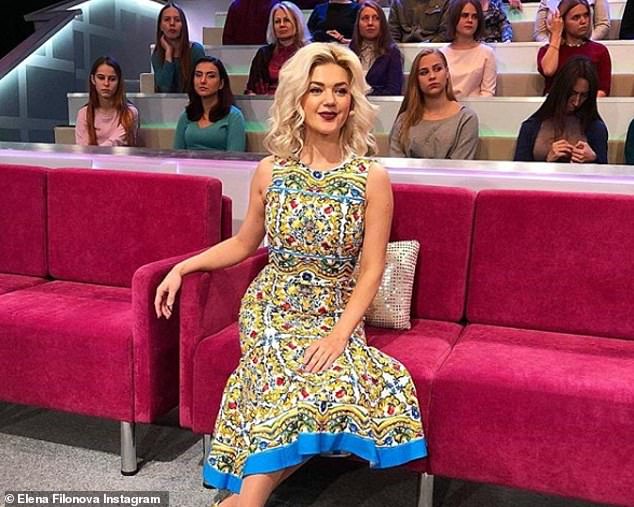 Filonova (pictured during another broadcast) was filming for ‘Strasti Po Revizoru’, a popular Ukrainian talk show, shot in the capital city of Kiev

As Ms Filonova prepares to go live to the nation she smiles towards her co-workers who are trying to get her ready for the broadcast.

Despite a producer rushing up to her to take the phone off her hands, Ms Filonova insists her cleavage is the safest place for it and waves him away.

She then puts her microphone in her ear and composes herself before the cameras start rolling.

According to Filonova, 34, she took her phone out to turn off the sound and afterwards she popped it back into its usual place just before going on air.

She said: ‘Now everybody knows what I keep in my cleavage. Now you know where my safe place is.’ 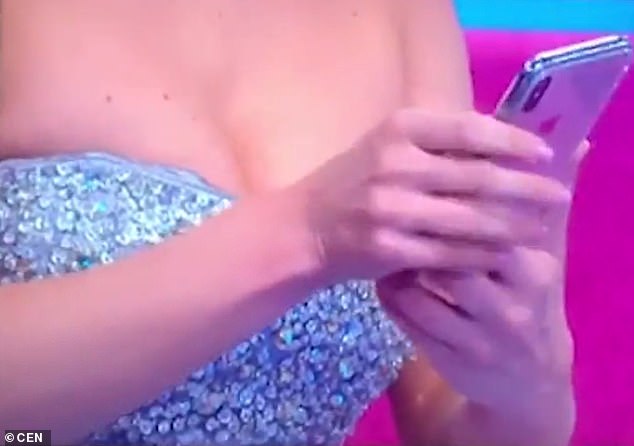 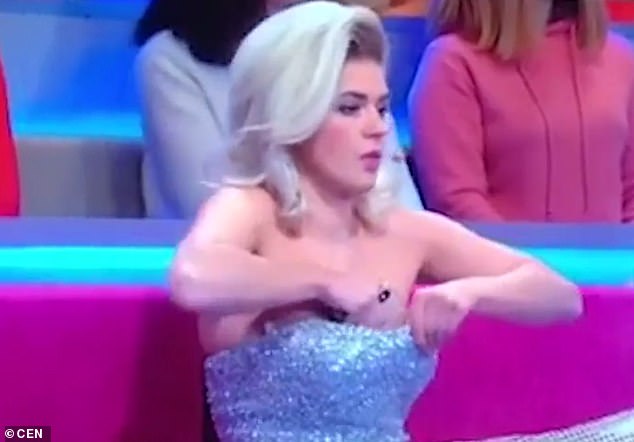 One person said: ‘Now when I watch the show I cannot help but think of you and your phone!’

While another commented: ‘I do the same when I am vacuuming. Lol!’

‘Funny! I used to hide so many different things in my bra!’ Another Instagram user said.

One user added: ‘That is fab! You made my day.’ 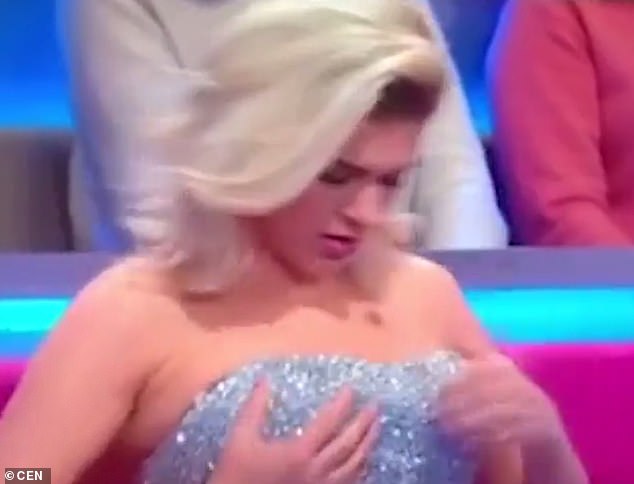 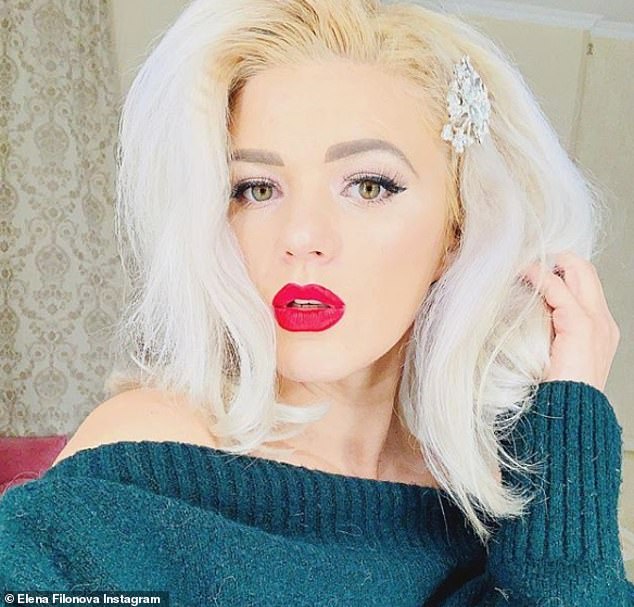 She later provoked hilarity on Instagram after posting the video to her 254,000 followers last week