BRITS should make the most of today's sweltering 33C heat as thunderstorms will blow in tonight ahead of the hottest day ever.

Lightning, hail and winds are expected to push up from south-west England and move northwards this evening. 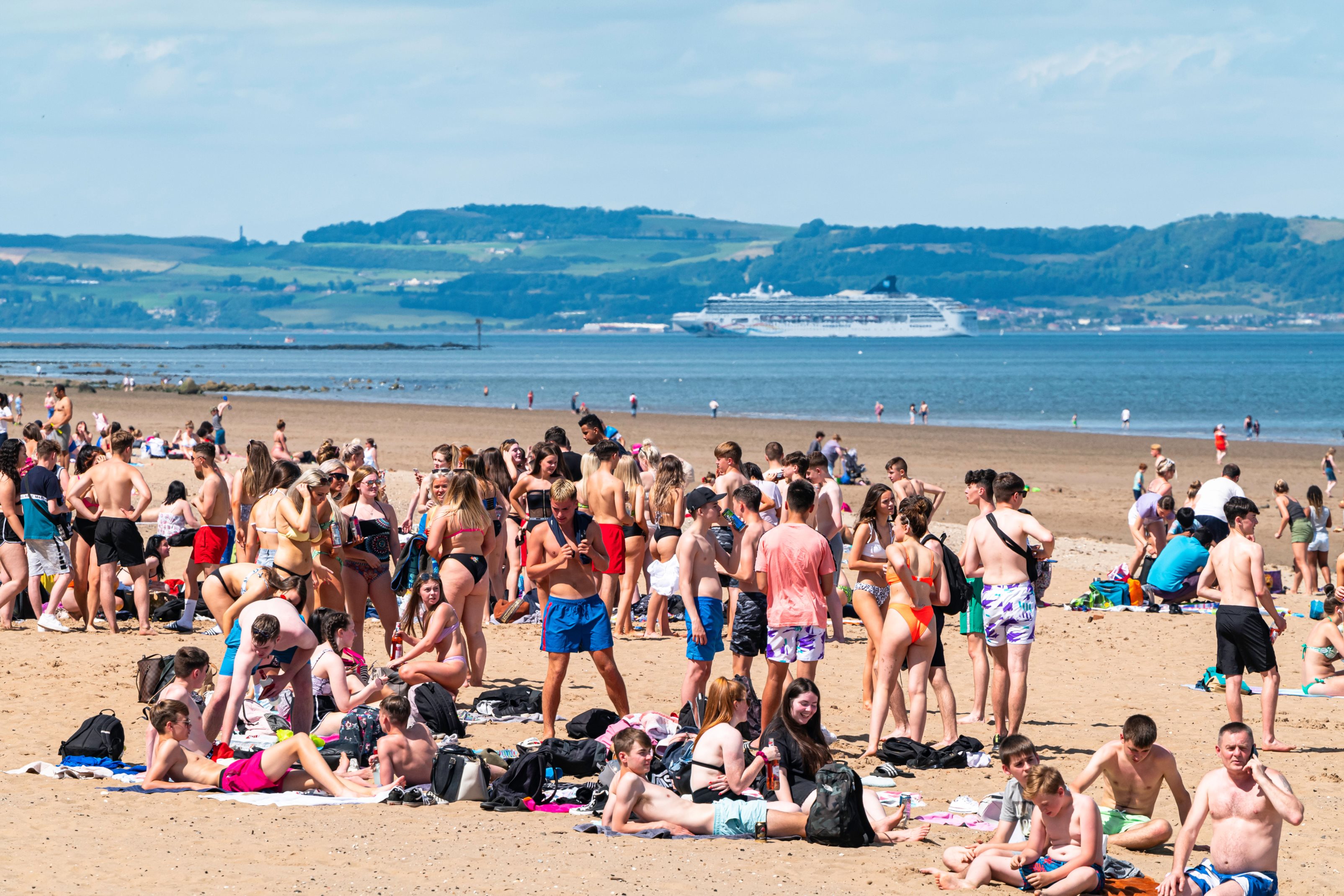 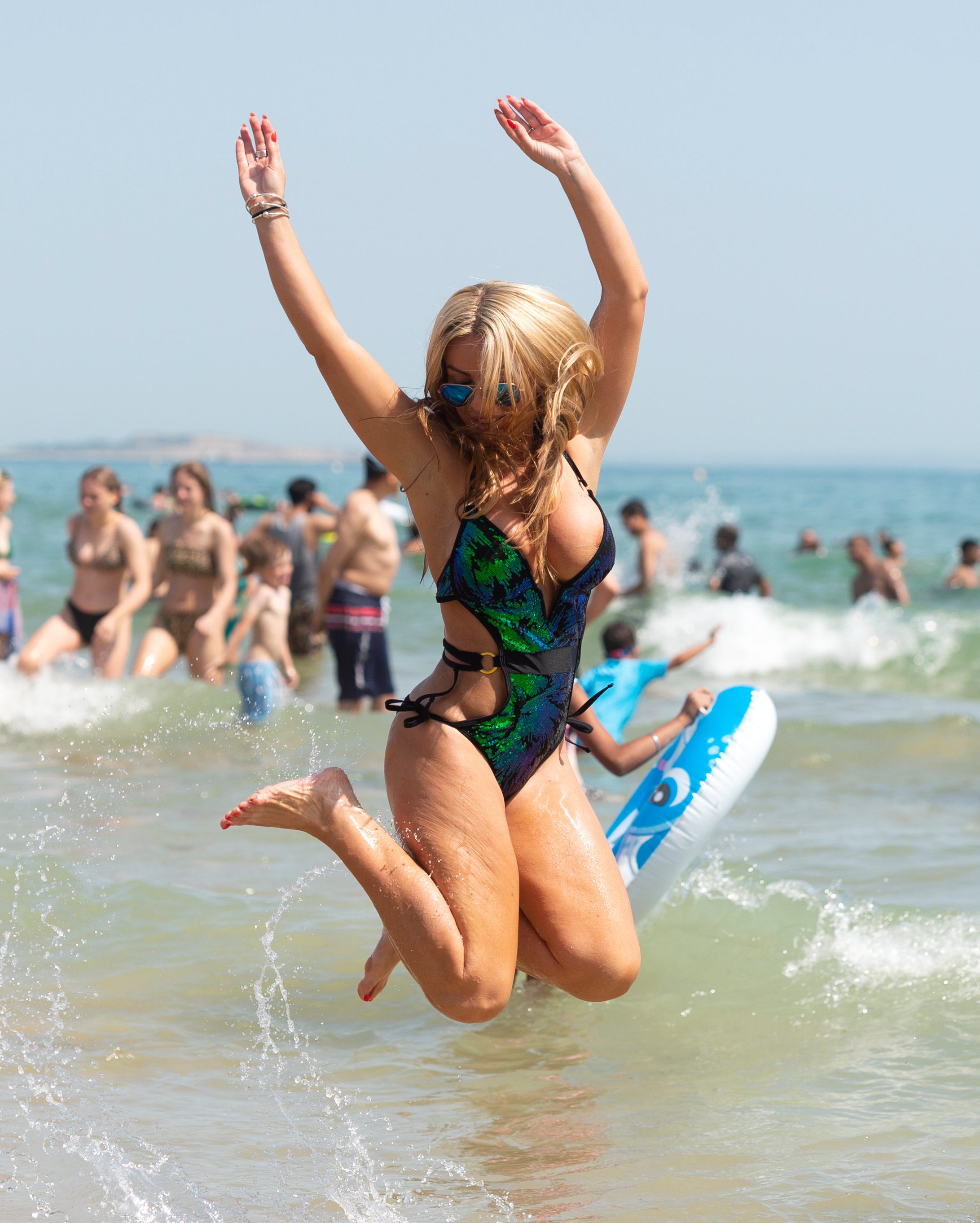 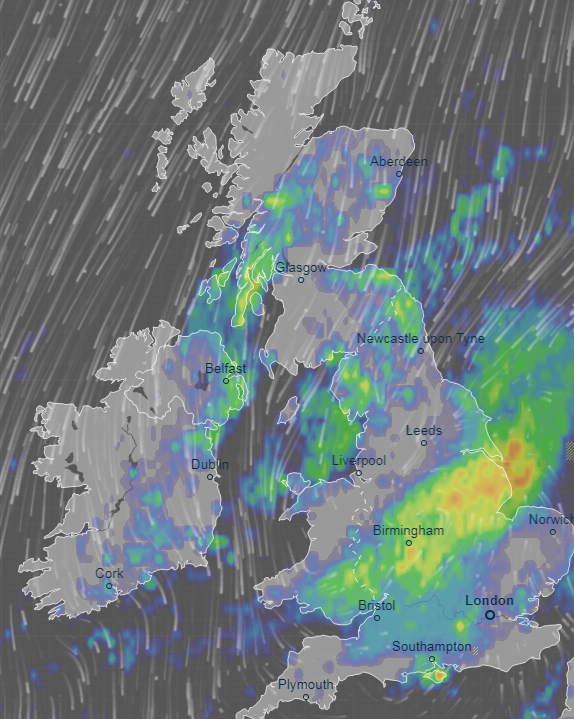 The Met Office has warned of power cuts and said some homes are at risk of being damaged.

A yellow severe weather warning is in place for most of England, Wales, and Scotland from 6pm today until 9am tomorrow.

And there could be travel chaos as hail will make driving conditions difficult, with bus delays to be expected.

It comes as the mercury is due to soar to 39C on Thursday, making it the hottest July day ever.

Public Health England has renewed warnings about the heat, urging people to keep hydrated, find shade and take protection against the sun.

High humidity will make it feel close to 44C across parts of southern England by the end of the week, according to some forecast models.

Met Office forecaster Marco Petagna said: "On Thursday we'll see an east and west split with showers in the western parts of England but the eastern parts will look very hot with 36C to 37C (96.8F)."

He said there was a 60% chance Thursday's weather might surpass the current July record of 36.7C and a 30% chance of going over the all-time UK temperature record of 38.5C (101.3F) which was recorded in Faversham, Kent, in August 2003.

The temperatures will remain high, thought to be about 24C (75.2F), overnight into Wednesday, making it uncomfortable for some people to sleep.

Skies across Britain could be about to turn an eerie shade of red as Saharan dust is swept in with the hot air, Mr Burkill added.

He said: “We are expecting to get some Saharan dust coming up and there are also some wildfires across Portugal from which we could see some smoke also coming into the UK.

“There will be a continued risk of Saharan dust through to the end of the week, so there will be some pretty sunsets.

“There are signs of a cold front moving in on Friday which will bring temperatures down by around 10C so it will feel much fresher.” 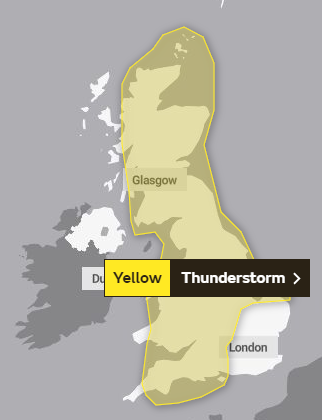 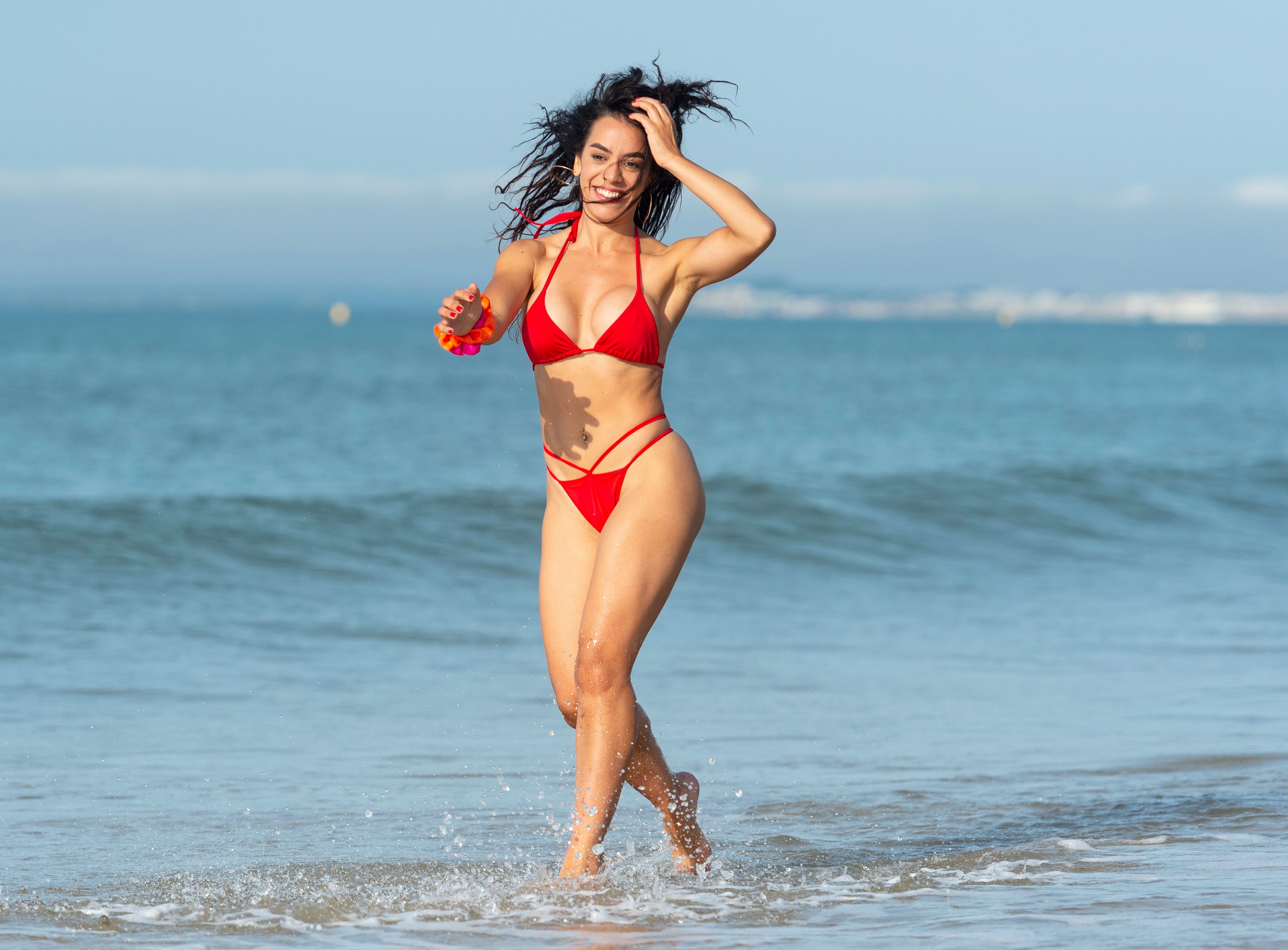 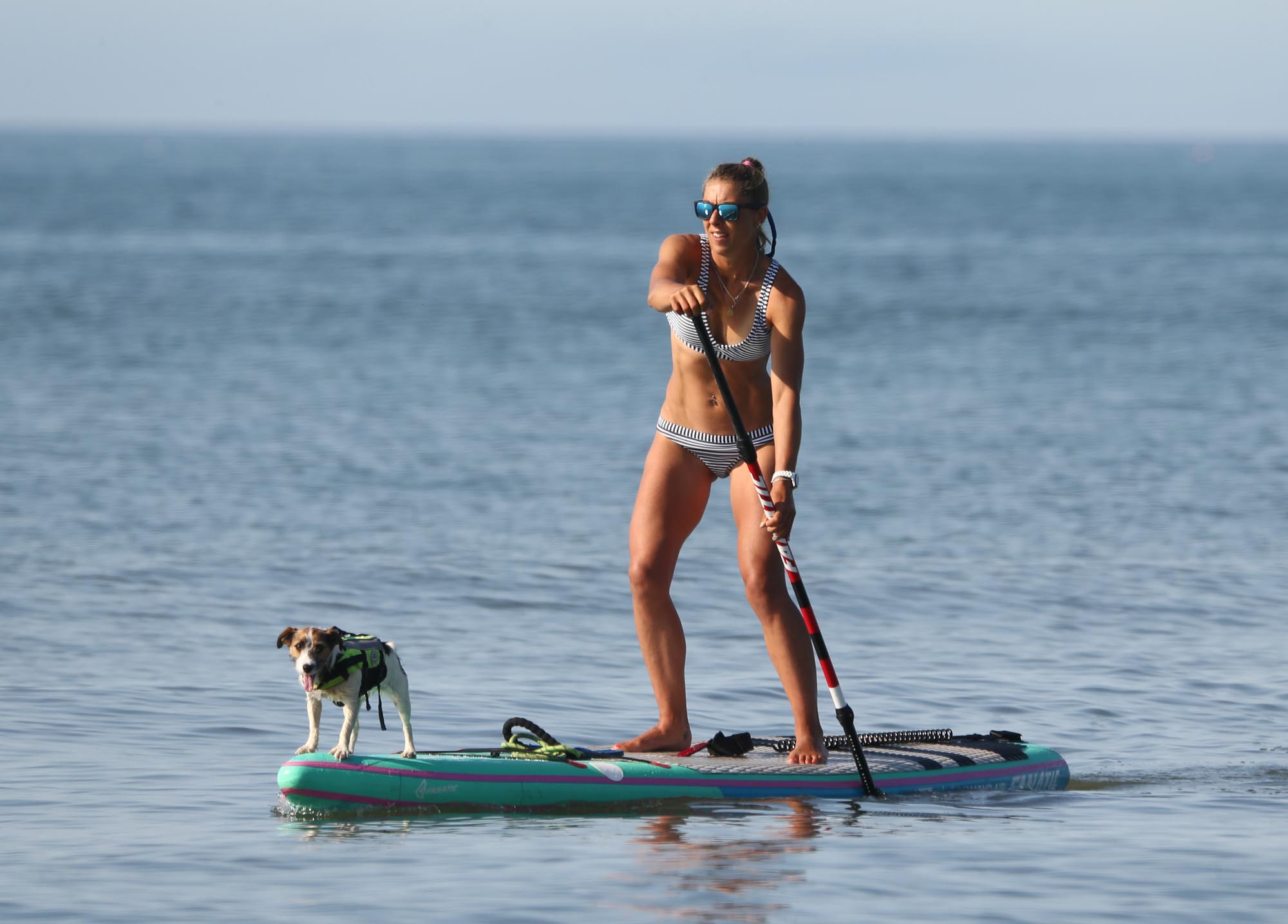 The Met Office found the heatwaves last summer were 30 times more likely to happen now than in 1750 because of the higher concentration of carbon dioxide in the atmosphere.

While most will be enjoying the good weather on the first days of the school holidays, England's most senior nurse has issued common sense advice.

This includes staying out of the midday sun and drinking lots of water to help prevent children and older people falling victim to the extreme heat.

England's chief nurse Ruth May has urged people to check on their neighbours as a heatwave hits parts of the UK for the start of the school summer holidays, while Asthma UK urged sufferers to keep up their medication.

She said: “Everyone can take simple steps to avoid fun in the sun turning in to a holiday in hospital

“The NHS will be there always for anyone who needs it, but everyone can help by checking in on vulnerable friends and neighbours, while making use of the free, convenient and helpful phone and online NHS services for minor illnesses, to help frontline staff provide care for those in emergency and serious need.”

“People should talk before they walk and join the hundreds of thousands getting fast and free advice on the best course of action for them from the nhs.uk website or 111 phone line.” 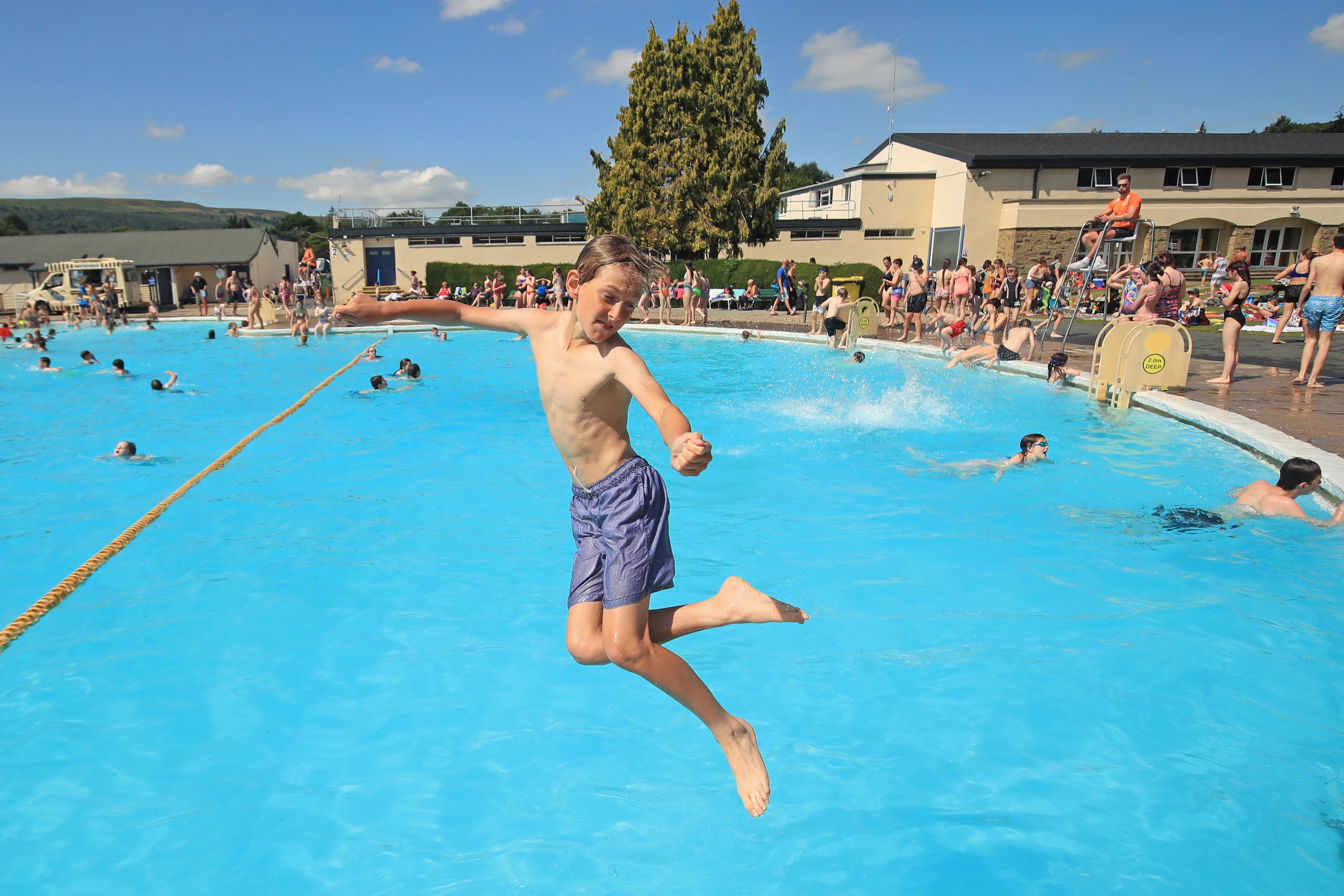