BRITAIN is set for more flooding chaos with storms bringing 2ins of rain to batter large parts of the country in just hours.

Severe weather warnings have been issued for Scotland and northern England amid the risk of communities being cut off by flooded roads. 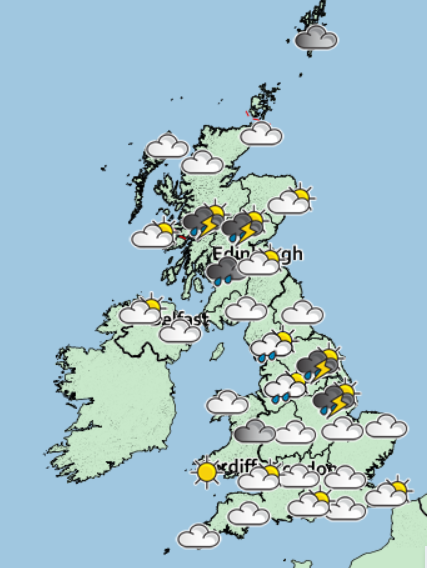 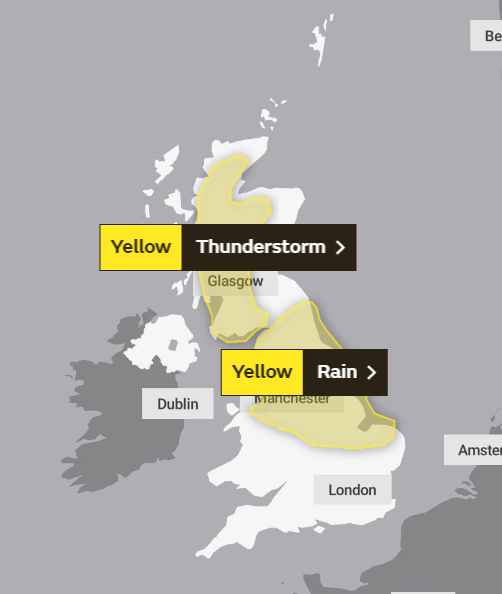 There is also the risk of power cuts and damage to buildings due to the intense rainfall.

Swathes of the Midlands and North West England have already been hit by heavy flooding after two weeks of rain fell in just 24 hours over the weekend.

In its weather warning, the Met Office said: "Spray and flooding could lead to difficult driving conditions and some road closures."

It added: "Delays or cancellations to train and bus services are possible.

"Some communities may be cut off by flooded roads.

"Homes and businesses could be flooded, causing damage to some buildings.

"Possible power cuts due to flooding or lightning."

The misery looks set to continue further into the week before turning drier and brighter on Friday and into the weekend. 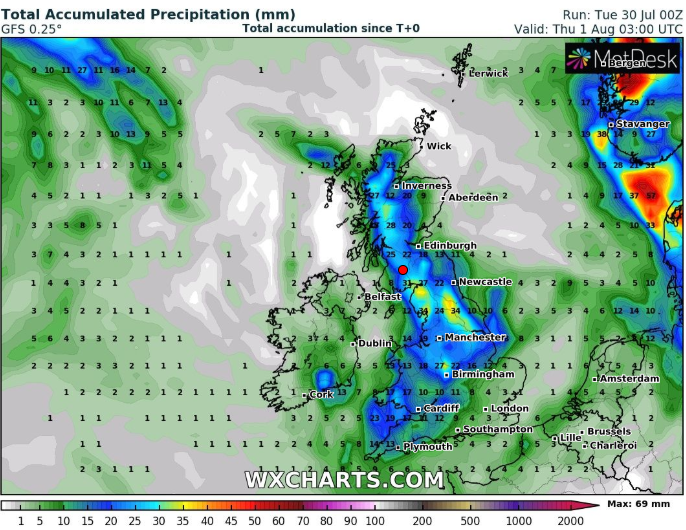 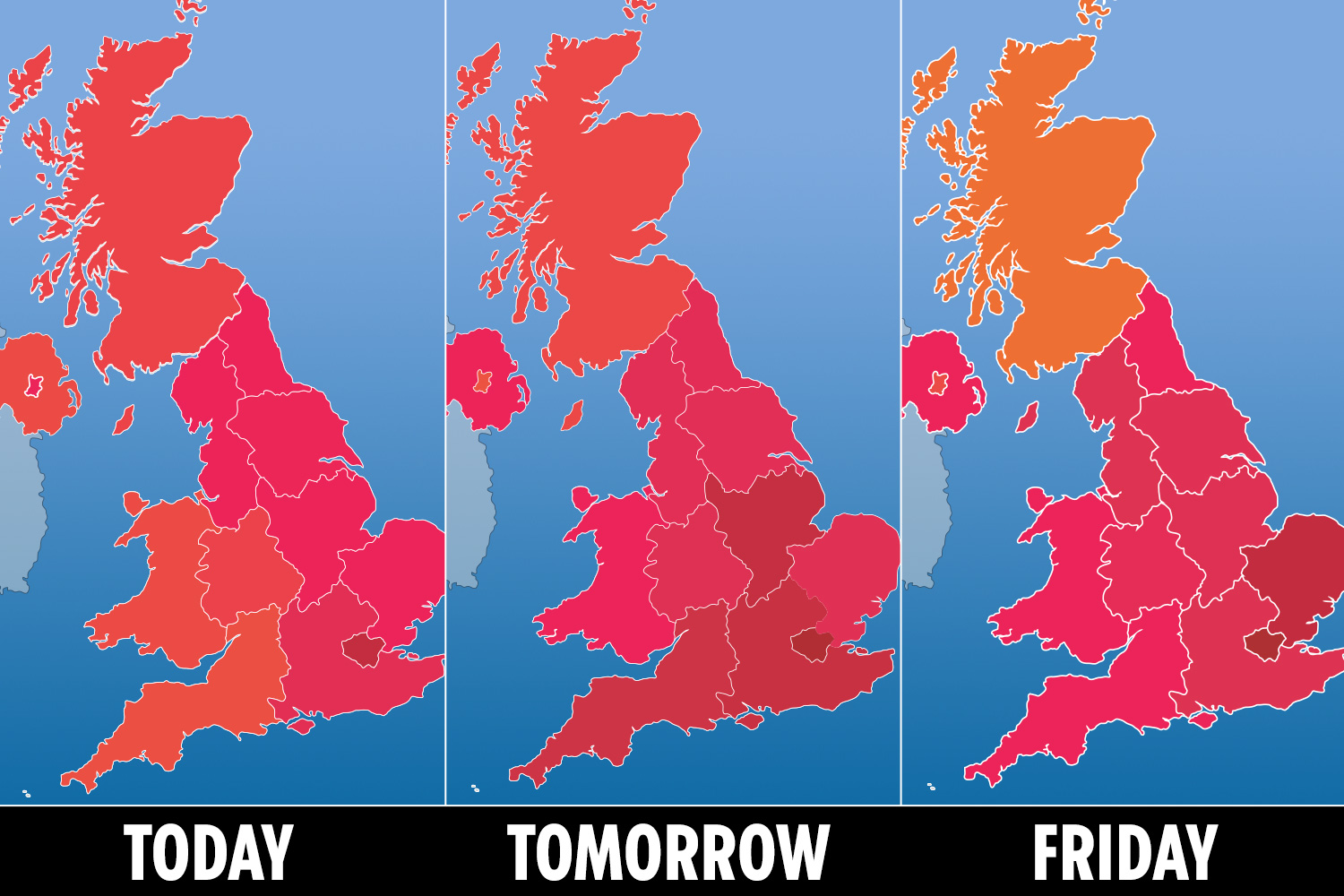 Showers are likely to continue in northern and eastern parts of the UK into the latter half of the week.

In Wales, Northern Ireland and the South of England it will turn drier and brighter.

"There's going to be no return of the extreme heat seen last week for a while – while things are going to improve over Thursday and Friday they are going to turn unsettled again during the weekend.

"Showers are expected across the UK, with the South expected to see sticky, humid conditions with temperatures peaking at 27C (80.6F).

"When the sun comes out it could become quite warm in the South – nothing like last week but still a few degrees above average."

The deluge comes after the Met Office confirmed that last Thursday was Britain's hottest day on record.

Meanwhile, the Met Office also confirmed all of the 10 hottest years in the UK's history have come since 2003. 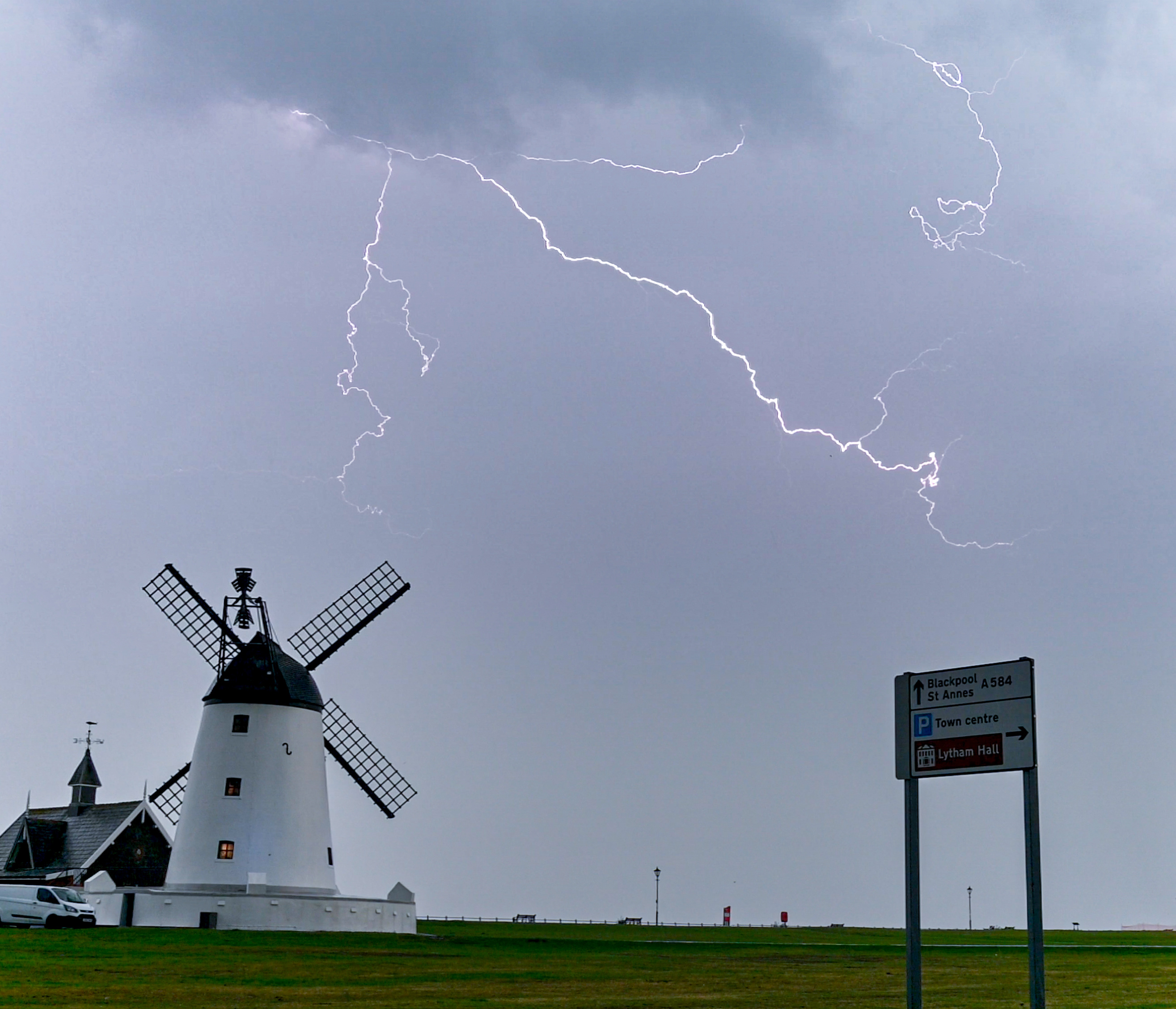 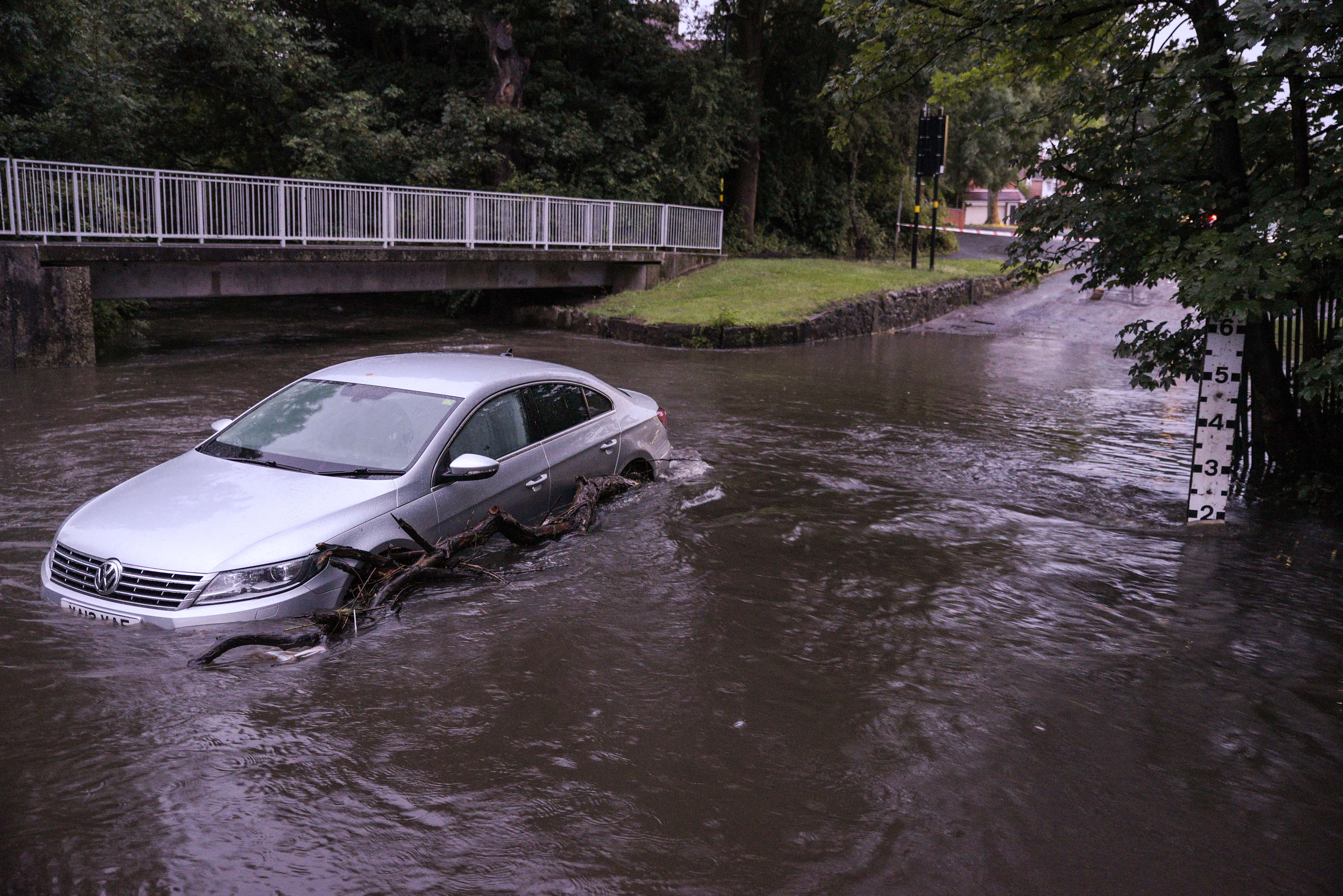 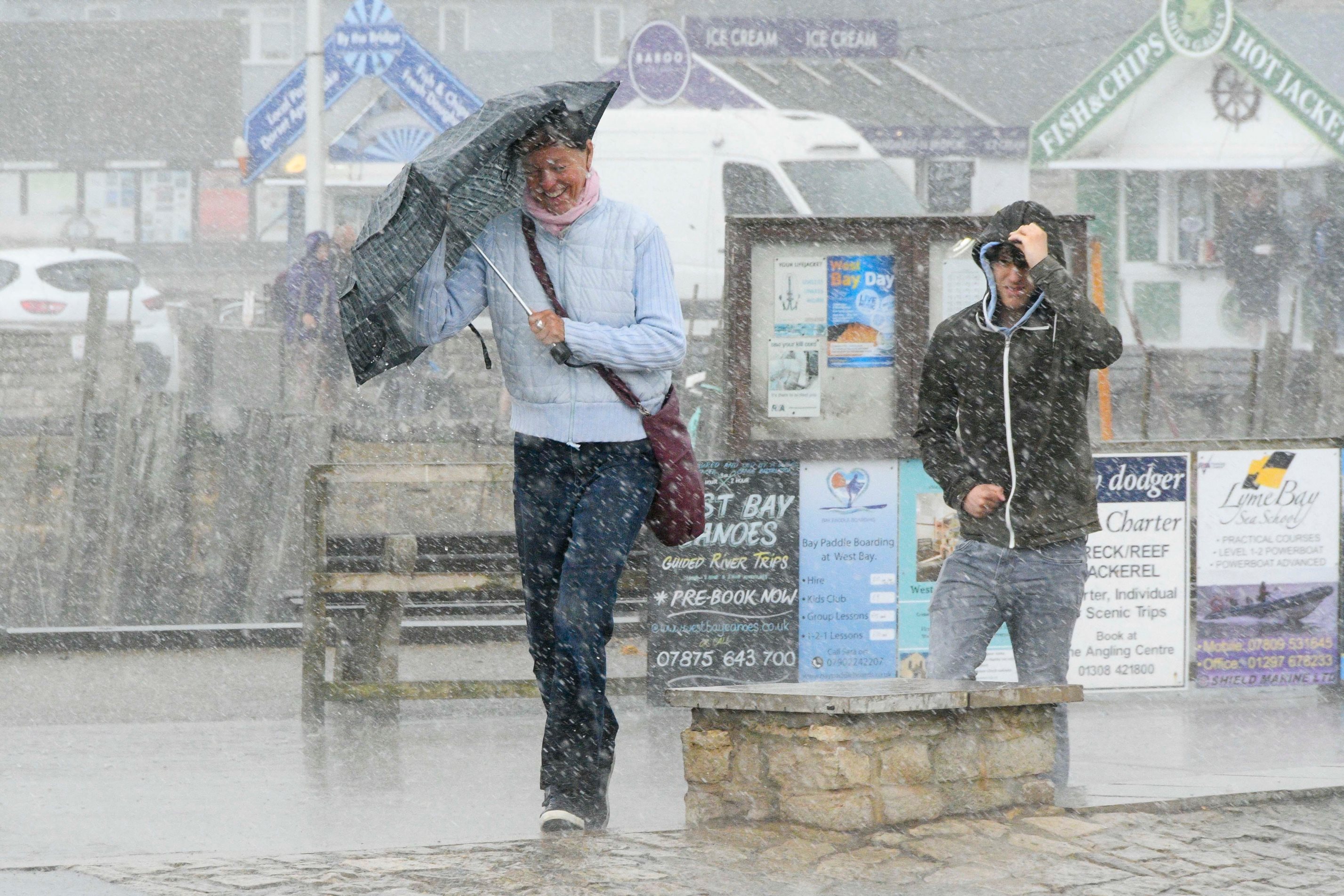 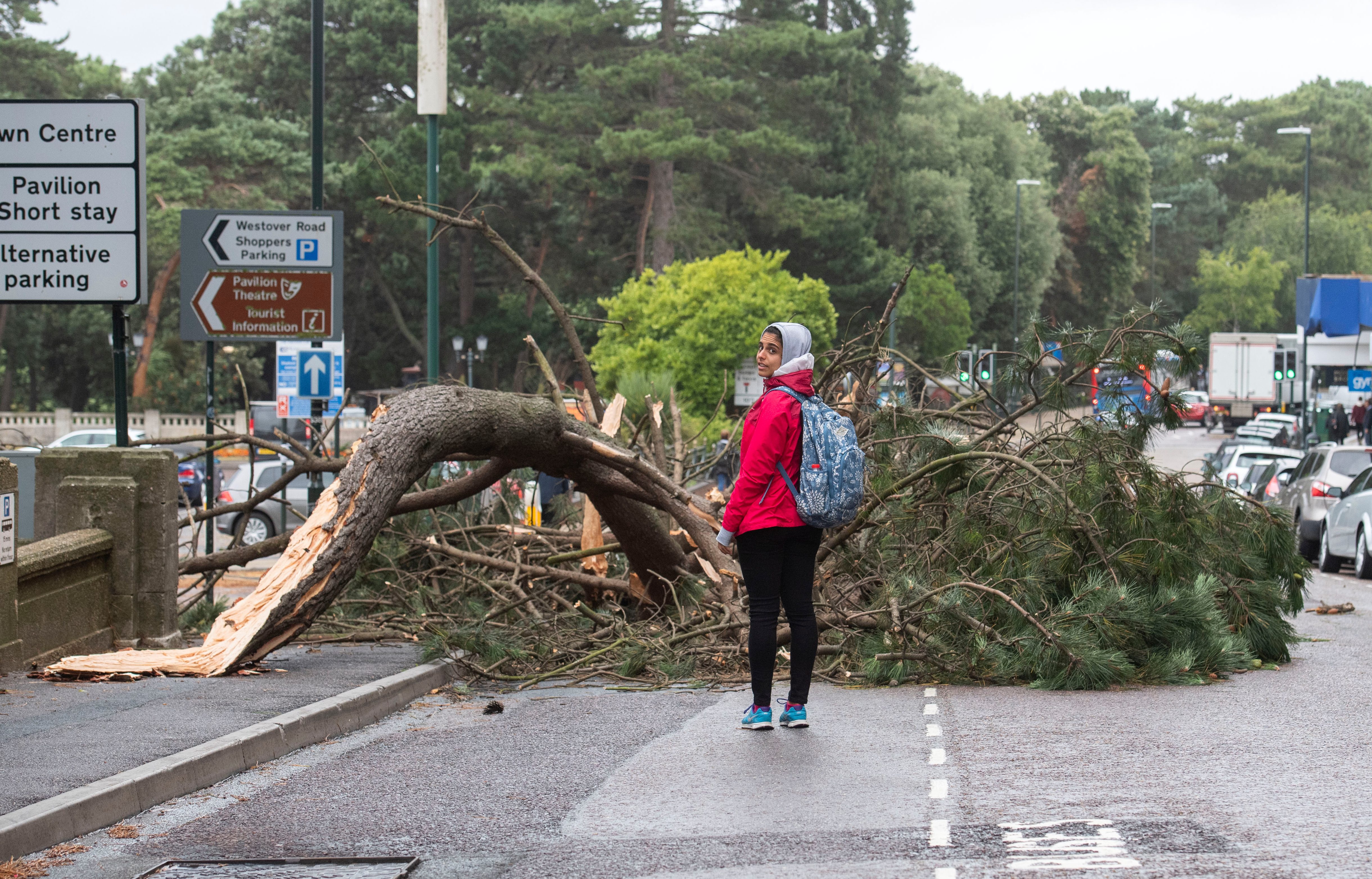