THIS is the moment a fleet of 30 US fighter jets took part in an 'elephant walk' in a show of strength in Alaska as Russia flexes its military muscles.

Stunning pictures show a group of F-35 stealth fighters and F-16s, along with two refueling aircraft, line the Eielson Air Force Base in a combat readiness exercise. 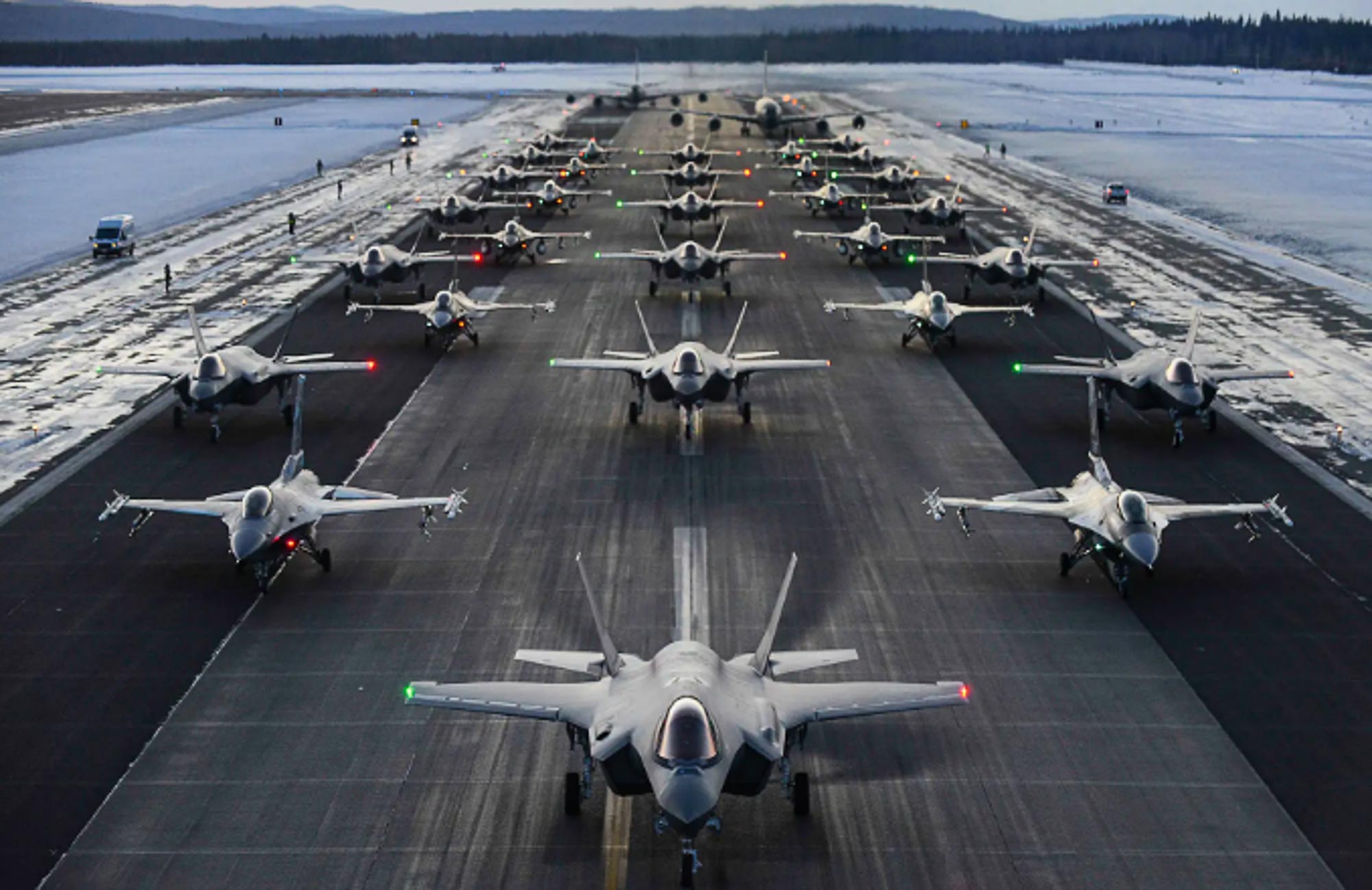 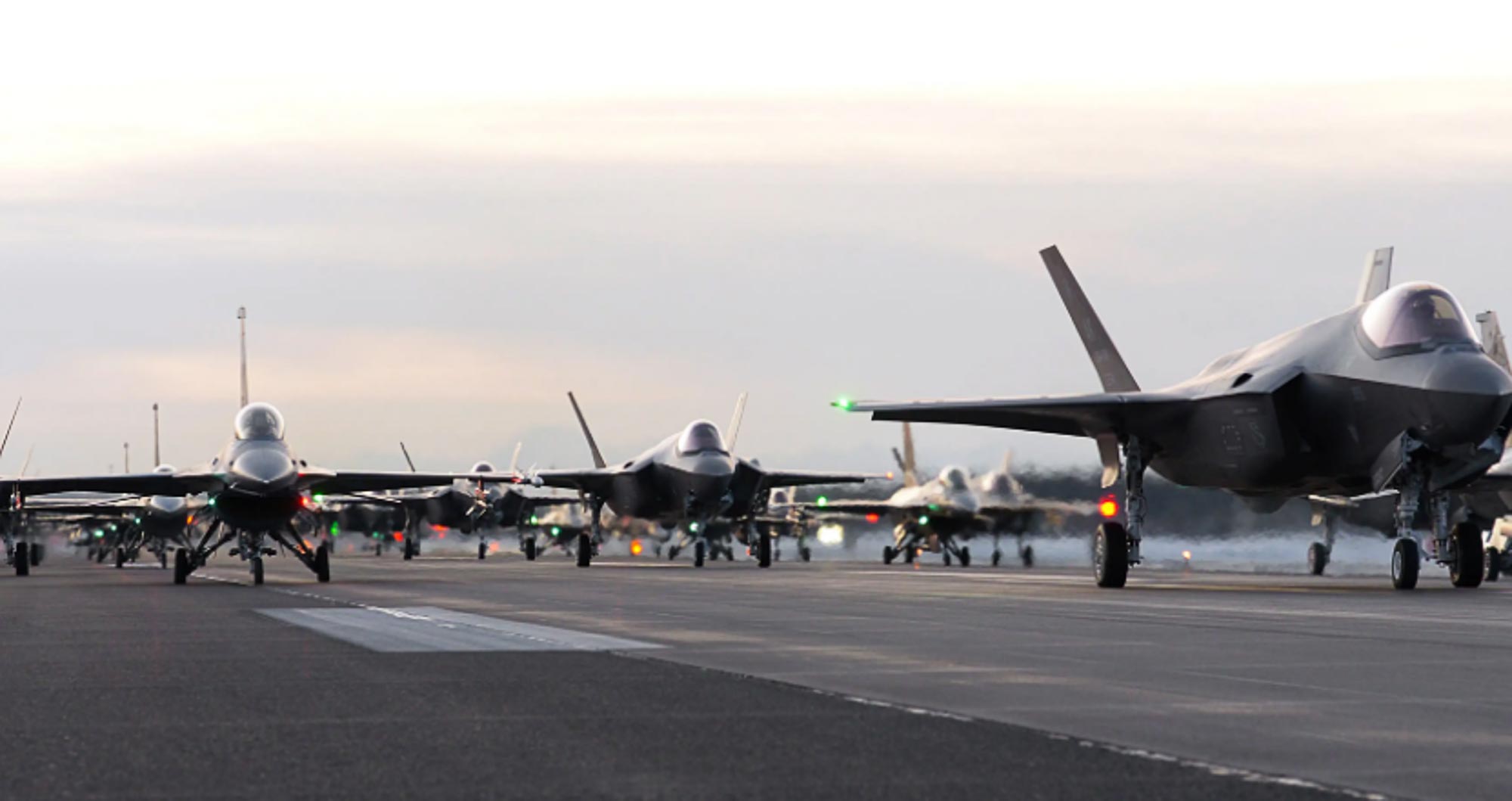 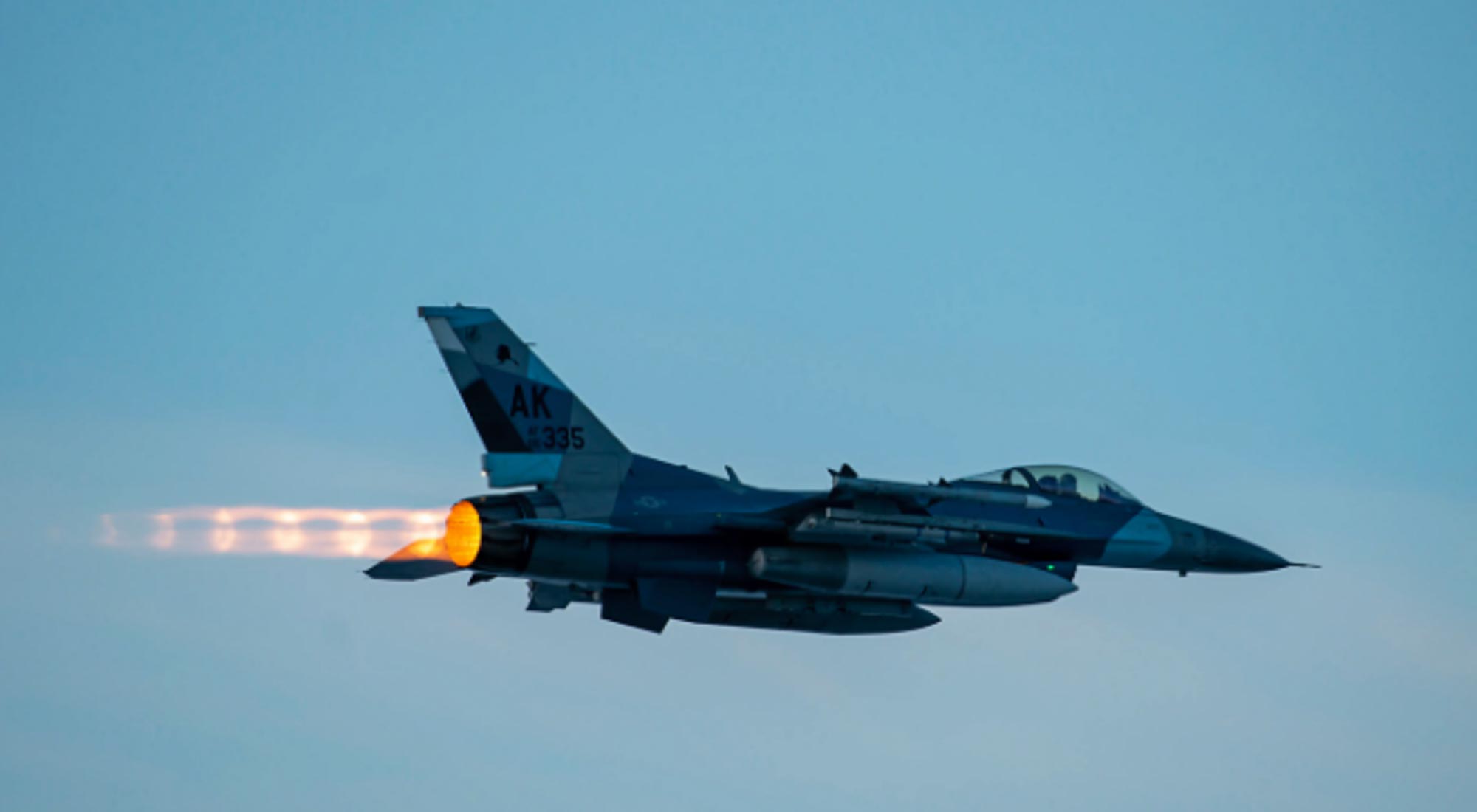 The formation executed on the runway is known as an 'elephant walk'.

It was used to test the rapid readiness of every flying unit at the base on Friday, and displayed the air power of the 354th Fighter Wing and the 168th Wing together.

A fleet of 18 F-35A Lightning II's, 12 F-16 Fighting Falcons, and two KC-135 Stratotankers were all pictured in formation at the base, which is located just 110 miles south of the Arctic Circle.

US Air Force Col. David Skalicky, 354th Operations Group Commander, said: "The elephant walk isn’t only to practice our abilities to respond quickly, this is to show our airmen who work behind the scenes what Eielson AFB is about, it’s about showing our strength in the Arctic arena.

"We are executing this despite coronavirus, despite the extreme weather conditions, and despite that it’s one of the shortest days of the year.”

Such displays of air power are becoming far more common as the USAF attempts to send clear messages to places such as Russia and China.

It comes after Chinese and Russian bombers flew over the Pacific in a joint patrol mission – signalling increasingly strong military ties between Beijing and Moscow. 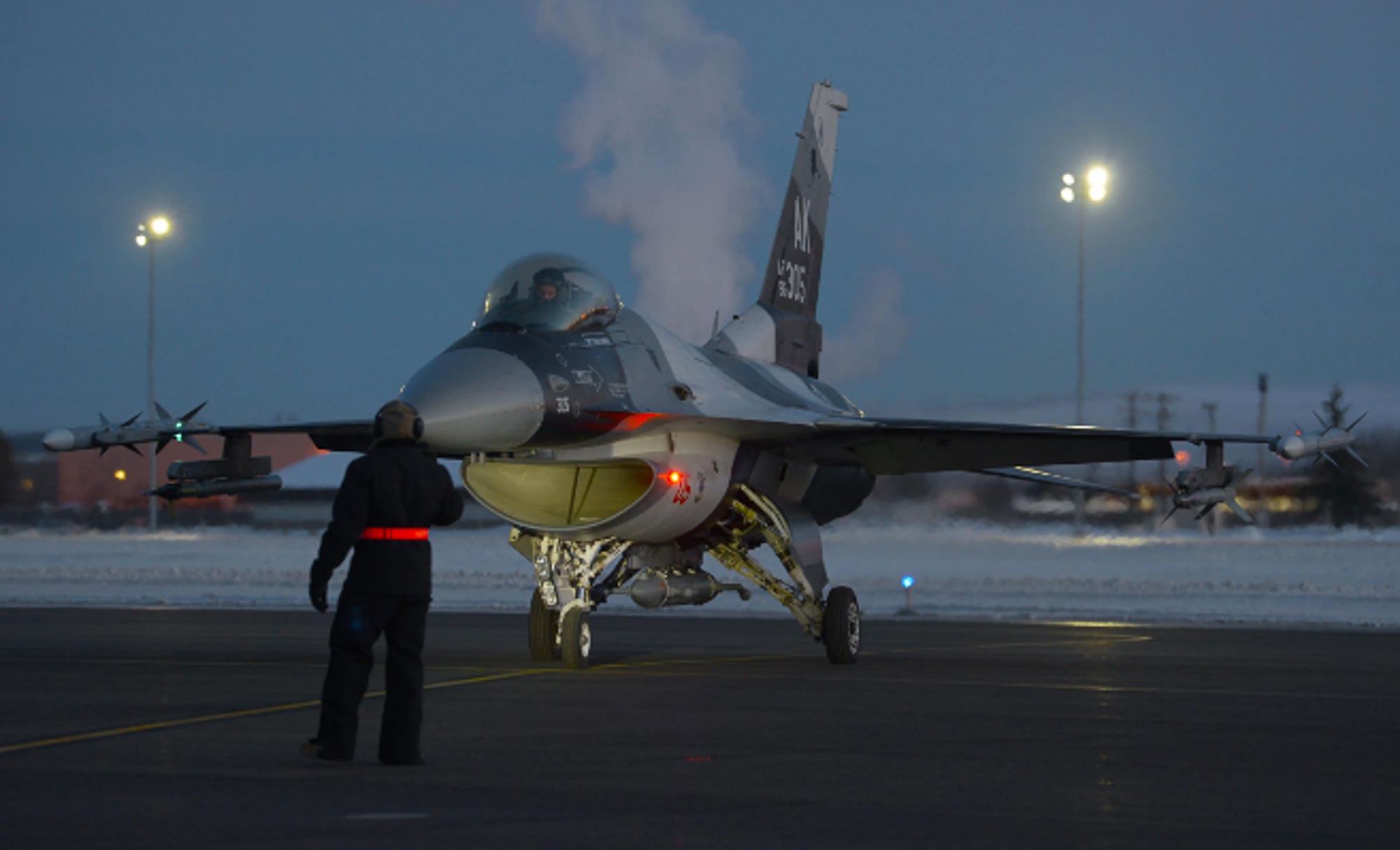 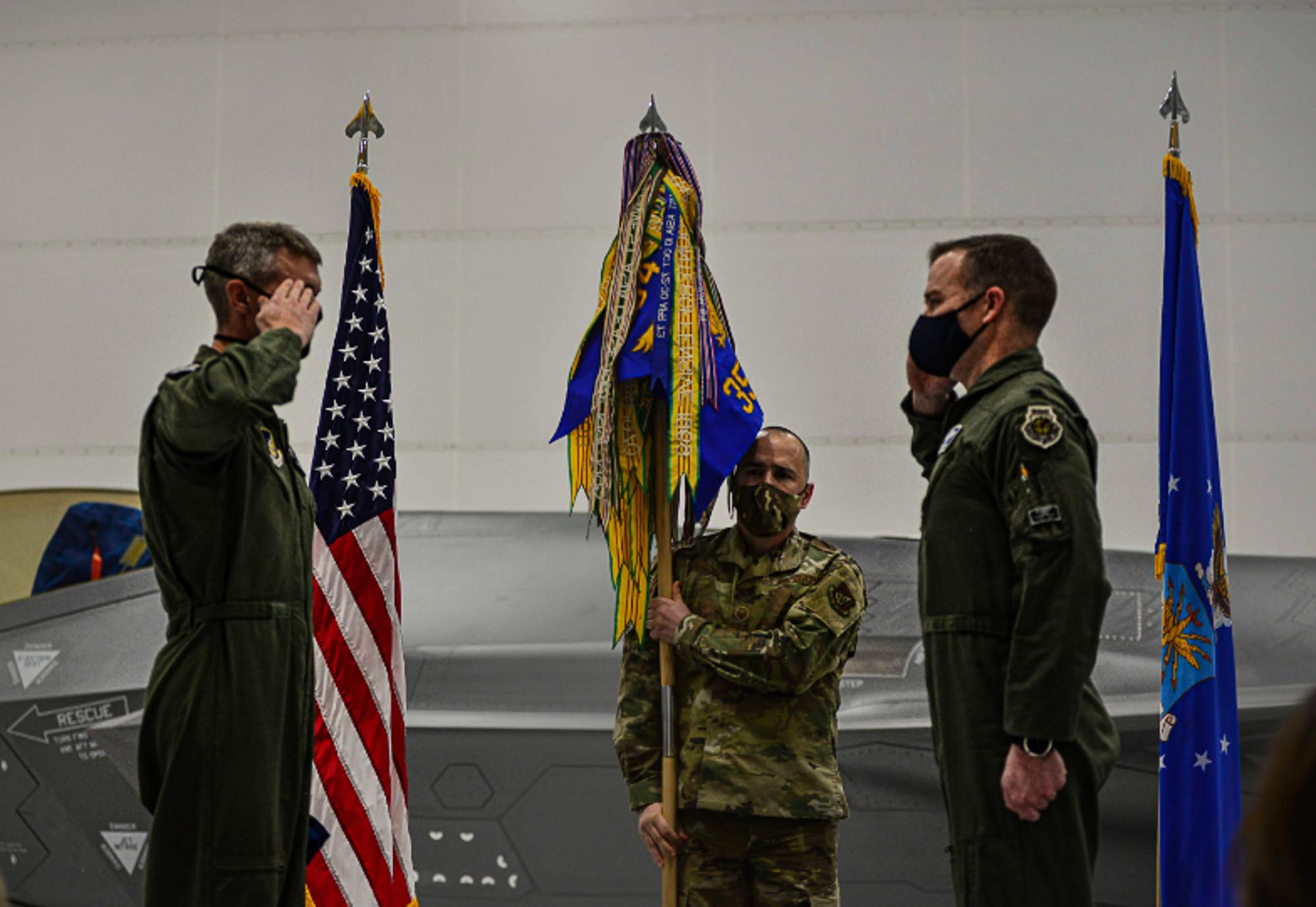 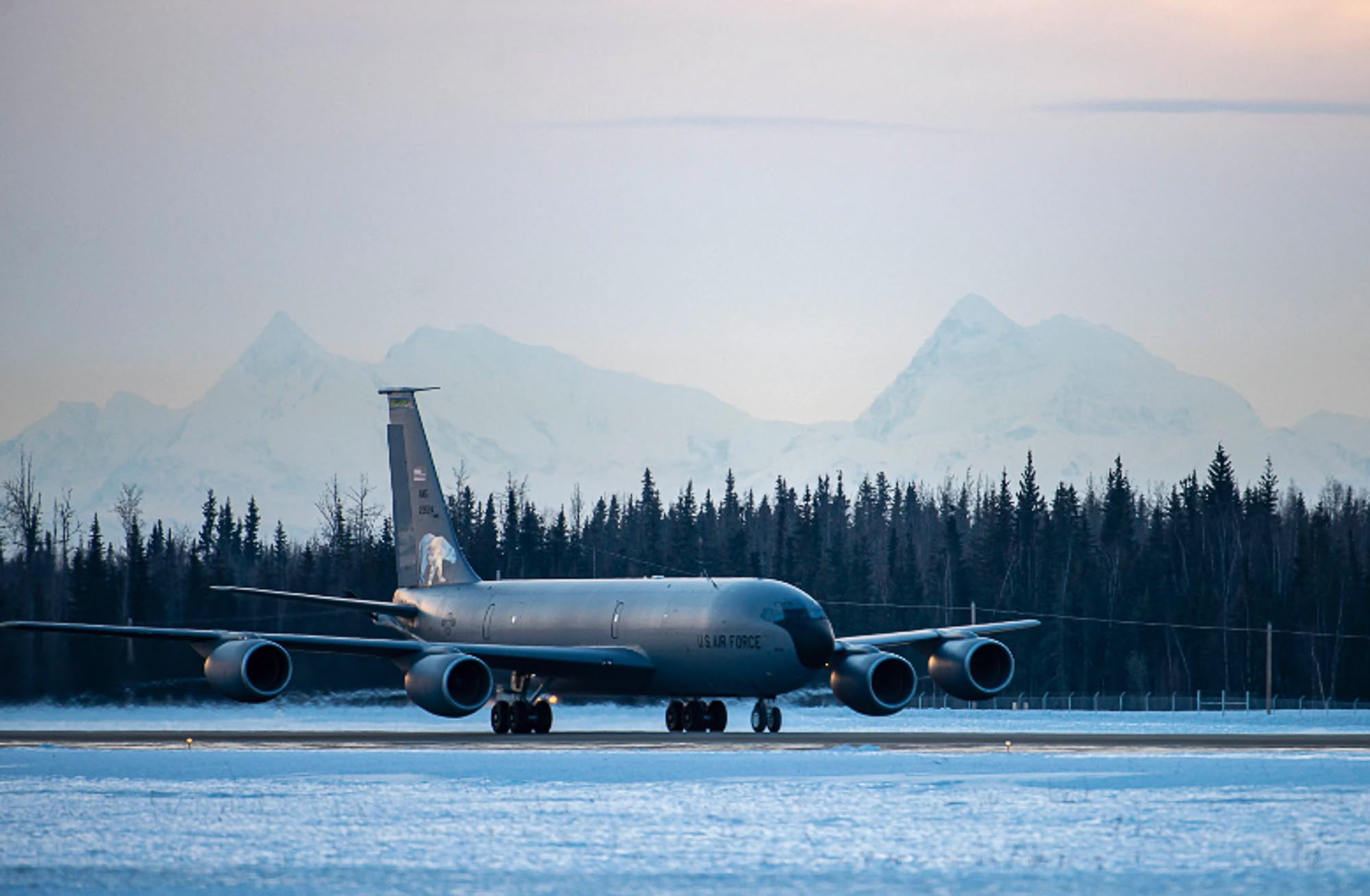 Russia and Alaska are just 55 miles apart at the narrowest point of the Bering Strait, which divides the two.

Recently, the Russian military deployed MiG-31 Foxhound long-range interceptor planes to their base in Anadyr, which is directly opposite Alaska.

Meanwhile, Bering Sea fishermen who were still in American waters were intimiated by the Russian military in August.

In another incident, a warplane from the country flew overhead while a fishing vessel sailed below – forcing them to take a five hour detour.

This was followed by another similar episode, in which Russian planes repeatedly buzzed two American boats and warned of live missile fire.

According to Sen. Dan Sullivan, the Arctic is the next arena of great military power competition – and Russia has built up a lot more infrastructure on its side.

He told Alaska Public Media: "Without further investment in our polar capabilities, our adversaries' influence will grow.

"And if that happens, we risk our ability to protect US vessels conducting commerce, to enforce international law, and to defeat threats to our national security."

Sullivan added that Congress is already advancing Arctic projects to catch up.

The buildup of the Alaskan stealth fighter fleet has been rapid since the first pair of F-35As arrived at the base in April.

Ultimately, plans call for a total of 54 F-35As to be based at Eielson.

Speaking about the 'elephant walk', Col. David Berkland, the 354th FW commander, said: "Every airman across the Fighter Wing contributed to today’s event, and we proved what our team is capable of…supporting, defending, or delivering 5th generation airpower and advanced training.

"Stay tuned, because our combat capability will continue to grow, and I’m incredibly proud of the disciplined, professional, combat-focused approach our team displayed."