Victoria's Health Department has developed in-house contact tracing technology that it says will help draw links between coronavirus cases and save epidemiologists hours of work.

The "mystery case tracker" tool generates a digital diagram based on contact tracing data that connects cases, contacts and their movements, allowing the government's epidemiologists to quickly contrast and compare outbreaks. 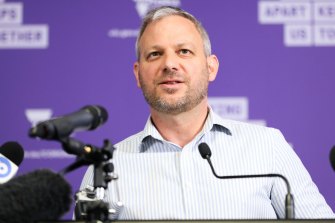 The announcement comes as Victoria recorded its 34th consecutive day of zero new coronavirus cases on Thursday, continuing the state's encouraging run after 15 weeks of lockdown during the second wave that cost nearly 800 lives.

The Health Department began using the tool to investigate mystery cases in September. It plans to introduce new elements in coming months, such as automated alerts about potential new outbreaks and an improved capacity to identify locations possibly linked to a case.

The technology also adds an extra layer of data for epidemiologists, beyond their reliance on positive cases to provide contact tracers with honest, accurate information and remember their movements for a week or more before they developed symptoms – an issue blamed for complicating a recent outbreak in South Australia and a cluster linked to Chadstone in south-east Melbourne in October. 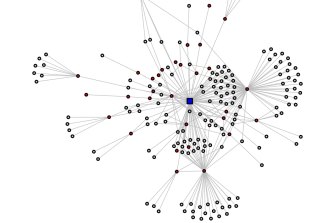 An example of the digital diagram produced by the tool, linking cases and clusters.Credit:Victorian DHHS

Underfunded and understaffed with just 14 contact tracers prior to the pandemic, Victoria's public health unit and contact tracing team became overwhelmed during the second wave that peaked at 725 cases in one day.

Deputy Chief Health Officer Allen Cheng revealed last month that 515 cases, or about one in eight, had been wrongly classified as “mystery cases” since the start of the pandemic because contact tracers were unable to link chains of transmission.

"Finding the link between people, places and times is the key to outbreak investigation and management," Mr Foley said.

"The team have done an amazing job to build this new tool that allows these investigations to be done quickly and robustly." 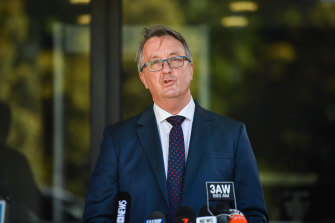 The Victorian government said the tool was believed to be the first of its kind in the country and was available to any Australian jurisdictions who wanted assistance with contact tracing.

The technology could also be used to help track other infectious diseases in future.

Victoria's trouble-plagued contact tracing unit used a pen and paper COVID-19 notification system until July, where doctors would wait hours to speak to a Health Department worker to advise them of a patient's positive test.

The state on Thursday marked the 34th consecutive days without any new COVID cases, as authorities announced traces of COVID-19 have been detected in wastewater in the Daylesford, Hepburn and Hepburn Springs areas in central Victoria.

The viral fragments were detected from a sample taken on Monday and further samples were to be taken on Thursday for testing, the Health Department said. Anyone with symptoms who was in the region on the weekend should get tested.

The discovery follows a similar warning for people who have visited Colac, after "strong" traces of COVID-19 were found in the town's sewage.

On Wednesday, Premier Daniel Andrews said fragments of the virus found in wastewater in the south-west Victorian town could indicate an active case in the area. However, Victoria's testing commander, Jeroen Weimar, later said the results were believed to be from "viral shedding".

NSW recorded its first locally-transmitted case in 26 days on Thursday, a woman who worked between a quarantine and a non-quarantine hotel in Sydney. The state will lift a number of restrictions from next week, including allowing people to drink while standing up outdoors in pubs and restoring sporting stadium capacity to 100 per cent.

Mr Andrews will announce a further easing of restrictions on Sunday, which he said will outline the plan for the rest of the summer. Thursday's zero new cases came after about 10,000 tests.