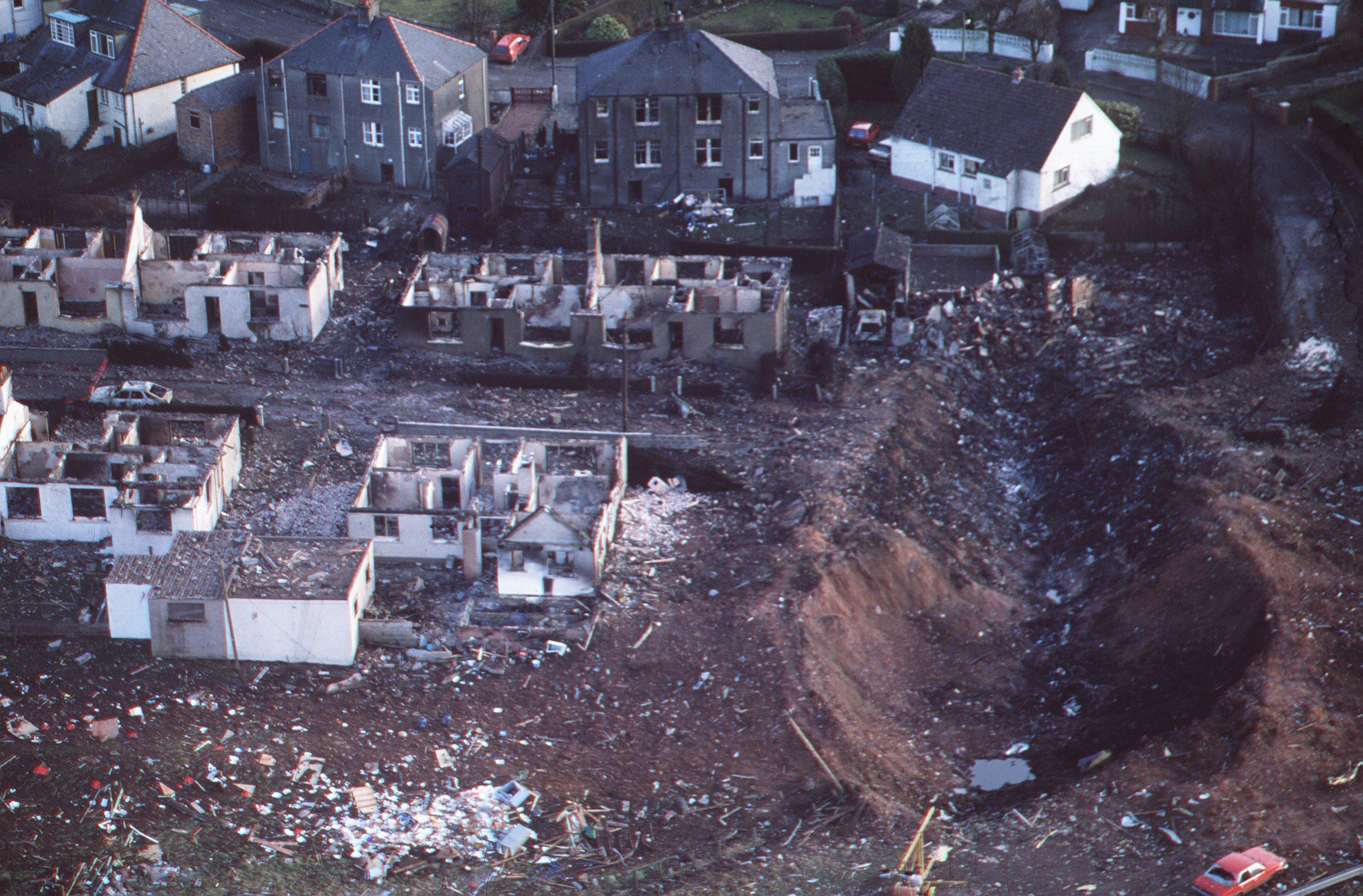 What was the Pan Am flight 103 disaster?

Pan Am Flight 103 was flying from Frankfurt to Detroit via London and New York on 21 December 1988.

While over the Scottish town of Lockerbie a bomb was detonated aboard the plane called Clipper Maid of the Seas.

All 259 passengers, including 35 Syracuse University students returning home for the holidays, were either be killed in the explosion or falling to earth.

Eleven of the town’s residents on the ground were also killed by falling debris, bringing the death toll to 270.

Adding to the horror, bodies of the passengers were left strewn around the town and its surrounding countryside. 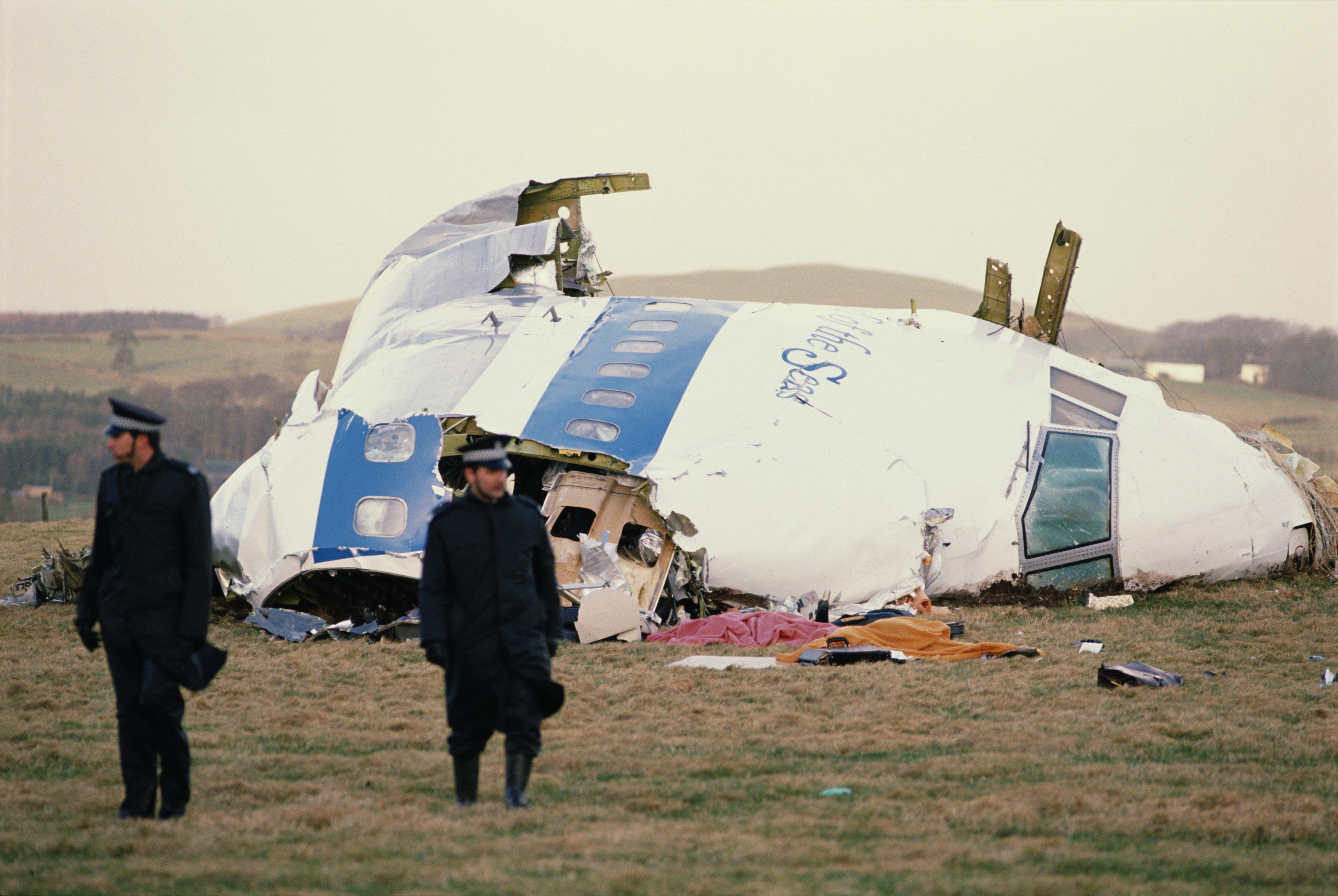 What did investigators find out?

Afterwards, US and British investigators found fragments of a circuit board and a timer.

This confirmed a bomb — not mechanical failure — caused the explosion.

It was later found that the bomb out of Semtex plastic explosives which were concealed in a Toshiba cassette recorder.

This was then hidden in a Samsonite suitcase which was then slipped a aboard an Air Malta flight headed from Malta to Frankfurt, Germany.

The unaccompanied bag is then believed to have been transferred to a Pan Am flight to London and then to Flight 103.

Thirty eight minutes into the flight the bomb detonated inside the cargo area of the Boeing 747  while it was flying at an altitude of 31,000 feet.

The explosion punched a 20inch hole in the fuselage but because of the difference of outside and inside pressure the plane began to break up.

Large sections of the plane then fell on Lockerbie, a small town with a population of about 4,000. 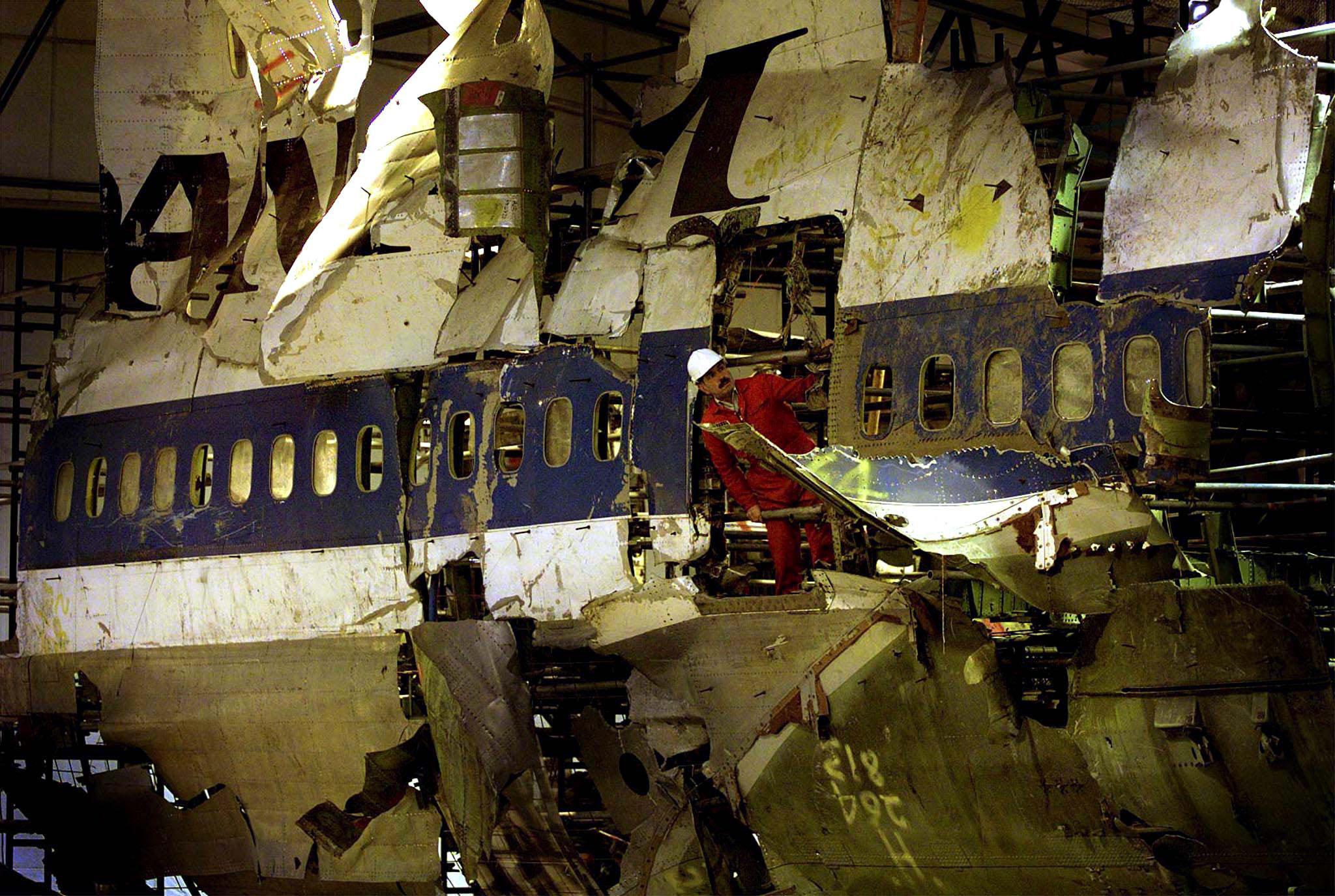 Who carried out the Lockerbie bombing?

Following a three year investigation by local police and the FBI two Libyans were issued with arrest warrants for murder.

In 1999 Colonel Gaddafi, the Libyan leader, handed over the men for trial and eventually Libyan intelligence officer Abdelbaset al-Megrahi was jailed for life in 2001 after being convicted of 270 counts of murder.

However the Scottish government released him back to his homeland on compassionate grounds in 2009 after he was diagnosed with terminal cancer. 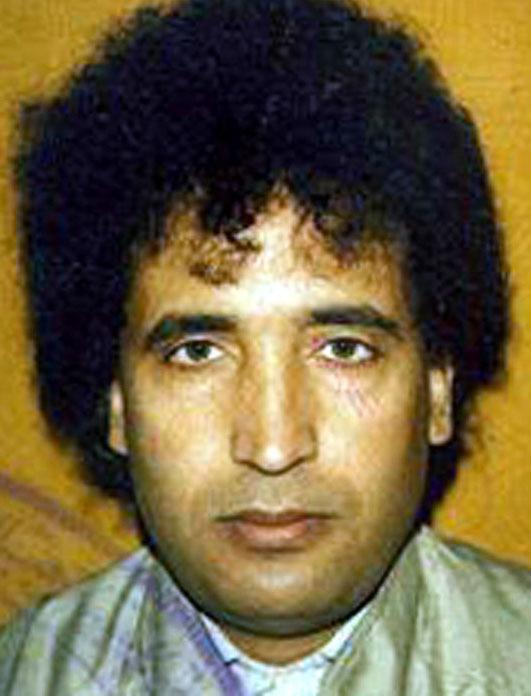 He died in Tripoli three years later in 2012, protesting his innocence.

The family of Lockerbie bomber Abdelbaset al-Megrahi have lodged a new bid to appeal against his conviction, five years after his death.

The Scottish Criminal Cases Review Commission announced on May 3 that it had accepted the family's application.

The commission said it would conduct a full review of his conviction for Britain's worst terrorist atrocity.

In September allegations surfaced The Palestinian terrorist – code-named Abu Elias – allegedly planted the explosives on Pan Am flight 103 under the orders of the Iranian government.