Prince William and Kate Middleton could miss an invitation to the Queen’s Christmas dinner table as the monarch finalises plans for a three-house bubble.

The Royal Household is reviewing whether the Cambridges can be included as their three young children pose a health risk to Her Majesty, 94, and the Duke of Edinburgh, 99, The Daily Telegraph reported.

The Queen will, with the rest of Britain, be abiding by the coronavirus rules for the annual gathering at either Sandringham or Windsor.

Buckingham Palace physicians will advise the Queen on the best course of action, taking into account the ages of the guests and with particular regard to Philip’s frailty, royal sources said.

‘[The family] will sort it out between them; it will be about what’s practical,’ the source told the Telegraph. 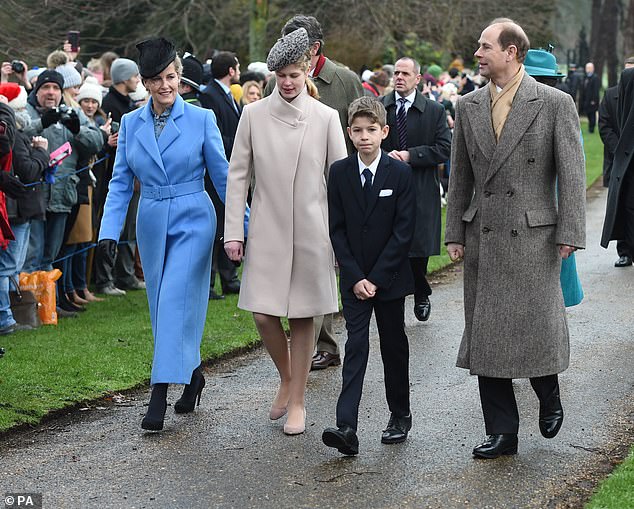 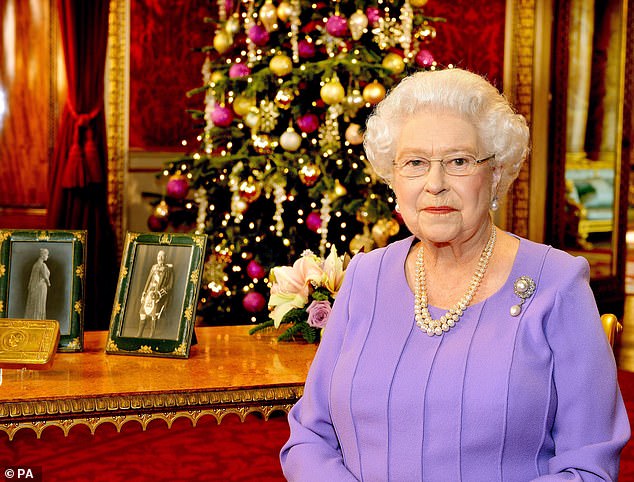 Queen Elizabeth II in the State Dining Room of Buckingham Palace, London, after recording her Christmas Day television broadcast to the Commonwealth for 2014

They added that the presence of young children and their potential to have mixed with many others at school would ‘clearly’ be considered.

Under the rules of the Christmas break (December 23 to 27) three households can join forces to form a ‘bubble,’ but they must remain exclusive, the households cannot be interchanged with others during the period.

The Duchess of Cambridge may use this as an opportunity for the family to spend Christmas with her parents, Carole and Michael Middleton, and her siblings, Pippa and James, either in Bucklebury, Berkshire, or at Anmer Hall, in Norfolk.

The Duchess of Cornwall may also wish to see her own two children and five grandchildren in another ‘bubble.’

Prince Andrew and Sarah Ferguson, who live together at Royal Lodge, Windsor, will probably opt to join newlyweds Princess Beatrice and Edoardo Mapelli Mozzi, and pregnant Princess Eugenie and her husband Jack Brooksbank.

The Queen and Prince Philip’s youngest child, Prince Edward, his wife Sophie, Countess of Wessex, and their two children are to join Her Majesty’s royal party.

The monarch is very close to the Countess while Lady Louise Windsor, 17, and James, Viscount Severn, 12, will be better able to understand the social-distancing guidance than their younger cousins.

A source told The Daily Mail: ‘Prince Edward and his family will be one of the two in her bubble.’

Courtiers believe that they have cracked the conundrum because the traditional Christmas shoot could still unite everyone as per the government’s rules.

Shoots can legally take place as they are classified as organised outdoor sports, so up to 30 royals could blast pheasants and partridges.

‘If they go to Sandringham, their traditional Boxing Day shoot could still take place, enabling them to see members of the family unable to join them on Christmas Eve and Christmas Day,’ the source told The Daily Mail.

The Queen and Philip have been isolating with a small group of staff dubbed ‘HMS Bubble’ at Windsor throughout much of the pandemic.

It has not yet emerged whether they will head for Sandringham for Christmas, but if they opt to stay at Windsor it will be for the first time in 37 years.

The Duke and Duchess of Sussex are to remain in the United States.