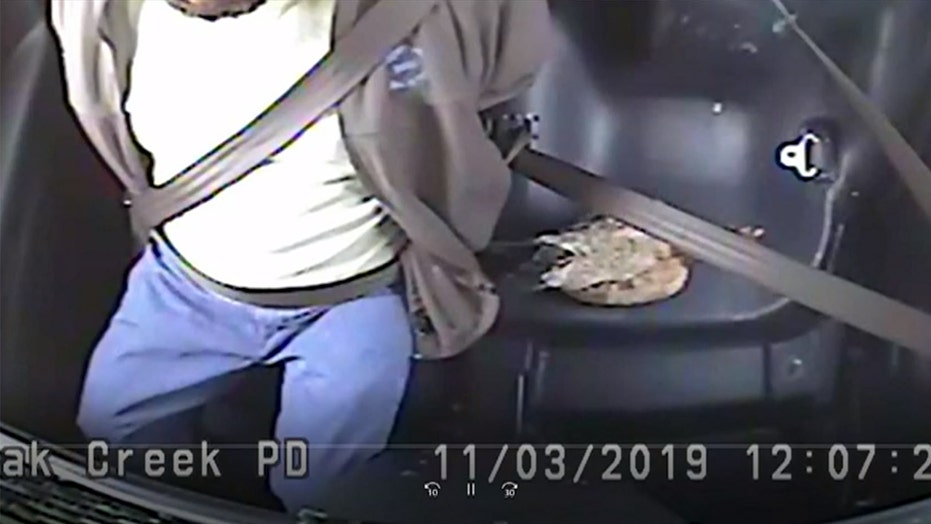 Oak Creek police arrested a Wisconsin man on Sunday for allegedly driving drunk with a live chicken on his shoulder.

Ernesto Martinez-Garnica, 42, from Milwaukee, was cited for drunken driving after a witness saw him "driving really reckless" and his car "swerving all over the road" on Howell Avenue — with what they originally believed to be a hawk on his shoulder, according to the police report. 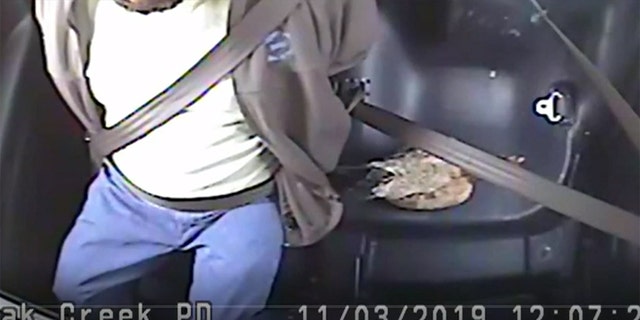 Ernesto Martinez-Garnica, 42, from Milwaukee allegedly drove drunk with a live chicken on his shoulder on Sunday.
(Oak Creek Police Department)

When police caught up with the vehicle they noticed a bird flapping inside. After a closer look, they saw it was a brown chicken, not a hawk, that the suspect decided to bring along for the ride.

Police searched the vehicle and found numerous beer cans and noticed "a live chicken that was fluttering around the inside of the vehicle," the outlet reported.

Martinez-Garnica was given a field sobriety test, which he failed — netting him his third DWI arrest. 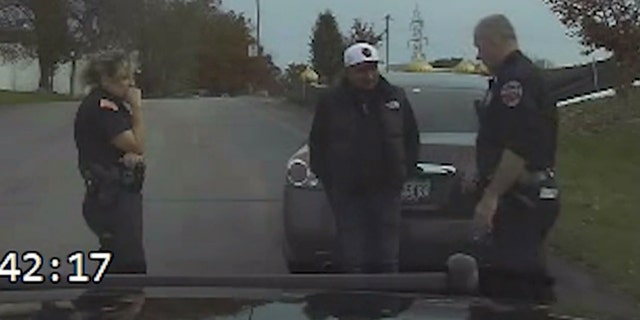 Dashcam footage shows an officer administering the sobriety test on the suspect, while another officer removed the fluttering bird from the vehicle.

The chicken, named "Teresa," was placed in the back of the police vehicle with the driver's cousin — who had also been riding in Martinez-Garnica's car.

Police say Teresa is safe. She was given to the Milwaukee Area Domestic Animal Control Commission, where she's being kept until the owner claims it, according to Fox 8.

Martinez-Garnica is currently free on bail.