WOMEN have been warned not to go out alone in Belfast after a knifeman attacked five in a violent 80-minute rampage.

Three of the victims, aged between 19 and 22, were stabbed in the neck, arm and back of their legs in the reign of terror on Monday. 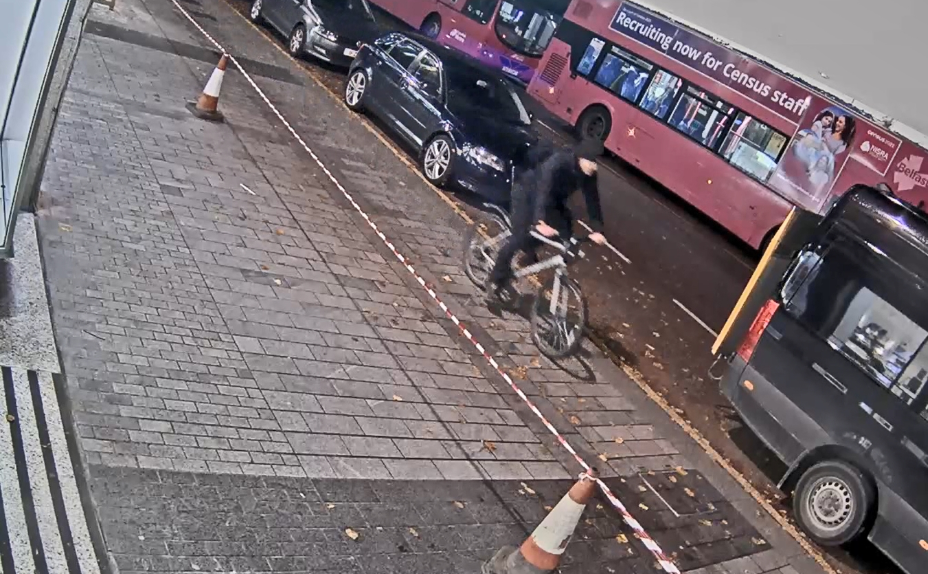 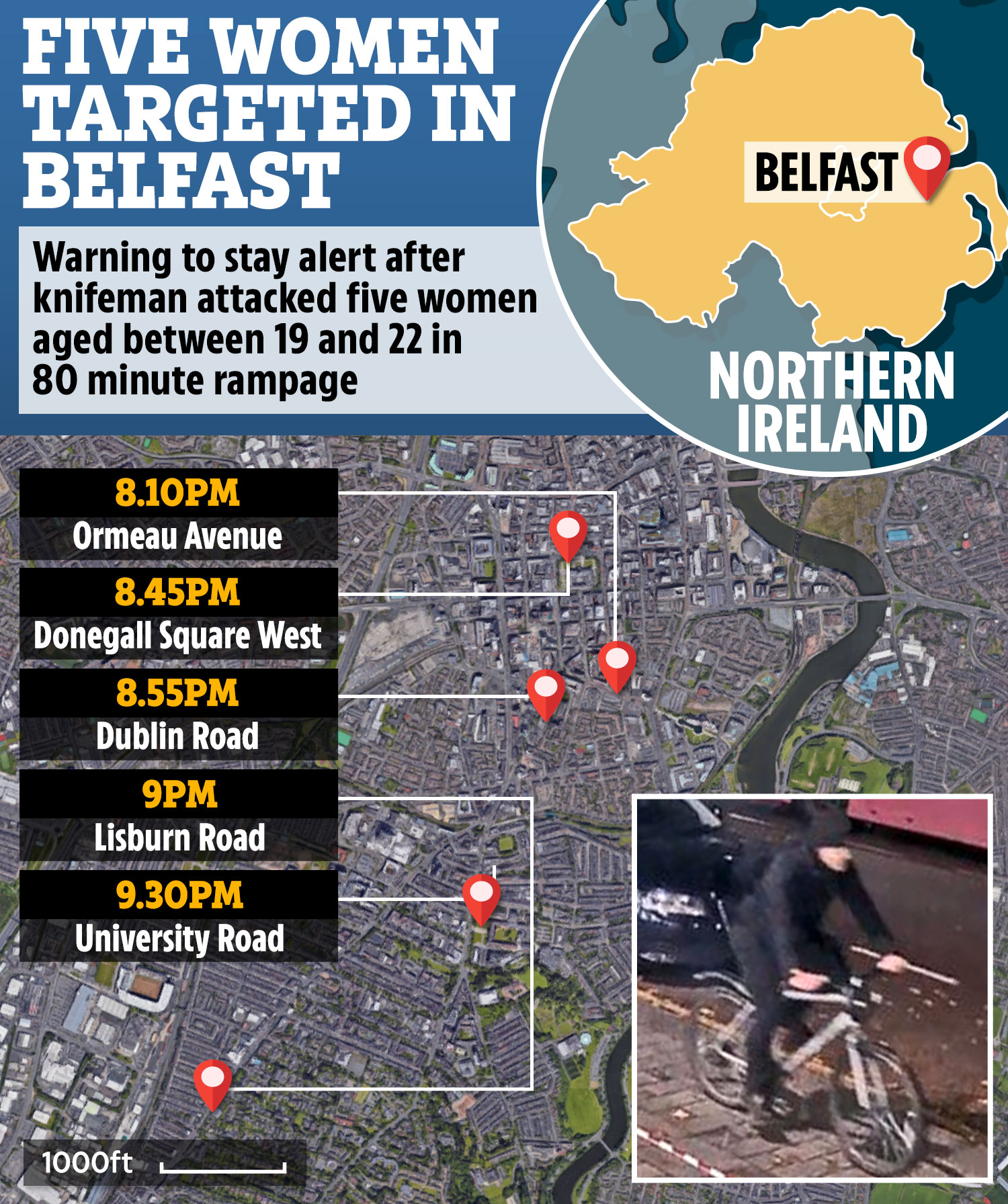 Two other women were punched in the head by the knife attacker, who cycled through the city lashing out at his victims between 8.10pm and 9.30pm.

PSNI confirmed none of the victims suffered non life-threatening injuries but did require medical treatment.

Some of the victims were with friends at the time and robbery is not believed to be a motive, officers said.

They have now issued a chilling warning to women not to go out alone as they hunt the suspect.

They are trawling CCTV for the knifeman and have released a picture of a man on a bike they are urgently tracking down.

He has been described as riding a mountain bike and may have been wearing a black face mask.

The knife he brandished was "small but sharp".

PSNI Chief Superintendent Simon Walls said: "If you are going out, try to be with a friend or in groups. Just be vigilant, know where you are.

"Police are taking this investigation incredibly seriously. We accept the fear that this type of attack causes. We wish to say that incidents like this in Belfast and across Northern Ireland are indeed rare."

She added: "It's terrifying. There's so many people in those areas for work and going out.

"People are really anxious. Just even in my office team there are those living in and around those areas.

"It wasn't even the wee small hours. It was during the evening at a time when people wouldn't think twice about being out and about."

Police are asking for anyone with dashcam footage or CCTV to come forward.

A spokesperson said: "These were frightening random attacks for these young women but thankfully incidents like this are extremely rare.

"The man is described as wearing dark clothing, possibly wearing a hooded top, cycling a mountain bike which may have a light coloured frame and reflectors on the spokes. We believe the man may have been wearing a black mask."

Anyone with information can call police on 101 or ring Crimestoppers anonymously on 0800 555 111.