Deal expected to cover up to 2,000 pro-government forces and 1,500 Houthis, as warring parties prepare for Sweden talks. 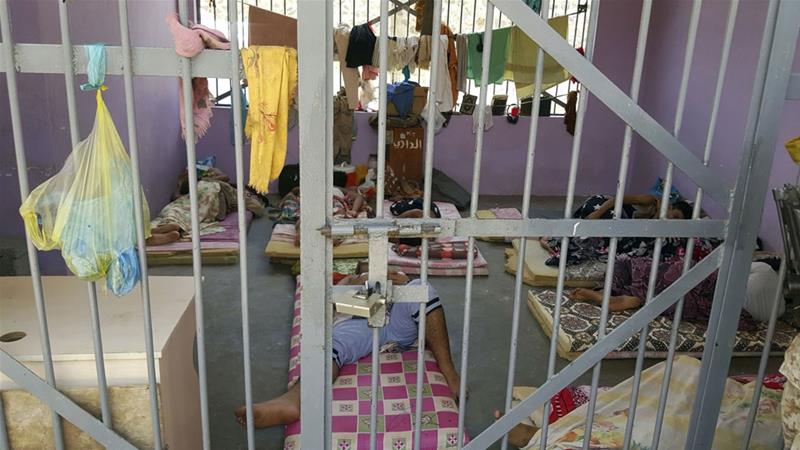 Stockholm, Sweden – Yemen’s government has said it has agreed to a large-scale prisoner swap with its adversaries, the Houthi rebels, as part of a “confidence-building measure”, suggesting the warring sides could come to a ceasefire agreement at peace talks in Sweden later this week.

Yemen’s foreign minister, Khaled al-Yamani, said on Tuesday that his government had “come to an agreement” with the Houthis after spending the “past eight to nine months locked in negotiations”.

“When we head to the negotiations in Sweden, we will discuss the operational issues of this agreement, how it can be implemented, how to exchange the detainees, prisoners, abductees and the forcibly disappeared,” he said.

Hadi Haig, a government official, told the AFP news agency that the deal covered between 1,500 and 2,000 pro-government forces and between 1,000 and 1,500 Houthi rebels.

“The UN special envoy for Yemen, Martin Griffith, communicated to us that coalition forces and the Yemeni government have also signed the prisoner exchange agreement that was signed in November by the Houthis.

“We express hope that the implementation phase of this agreement will proceed smoothly”.

The prisoner exchange is only the third to be announced since Saudi Arabia and the United Arab Emirates launched a coalition that has fought against the Houthis for over three years.

‘Step in the right direction’

Hoping to roll back advances made by the group, the alliance has carried out more than 18,000 air raids, with almost one-third of all bombing missions striking non-military sites.

Weddings, funerals, schools and hospitals, as well as water and electricity plants, have been targeted, killing and wounding thousands.

The International Committee of the Red Cross said it welcomed the announcement and would oversee and facilitate the exchange.

“This is one step in the right direction towards the building of mutual trust among Yemeni communities,” spokesperson Mirella Hodeib told AFP.

The announcement comes ahead of UN-sponsored talks expected to be held in Stockholm on Wednesday between Yemeni government officials and Houthi rebels.

A source familiar with the talks said that the UN was seeking to introduce a set of confidence-building measures, including a ceasefire in Hodeidah and an end to air attacks across the country by the Saudi-UAE alliance.

The source added that the Houthis would cease all rocket and drone attacks on Saudi Arabia and the UAE.

The talks are also expected to discuss the reopening of Sanaa international airport and the payment of salaries to civil servants in Houthi-held areas.

Maysaa Shuja al-Deen, a non-resident fellow at the Sanaa Center for Strategic Studies, said securing prisoners was a major objective for the government as it headed into these talks.

“There are a lot of [senior] people being held by the Houthis, such as the former minister of defence, General Mahmoud Al Subaihi, and one of Hadi’s relatives, his nephew, Nasser Ahmed Mansour Hadi,” Shuja al-Deen told Al Jazeera.

“The situation in Yemen is so complicated that they are going to schedule several rounds of talks after this initial meeting, that could take months or years to even begin addressing some these issues.”

The UN painted a bleak picture of the hunger crisis gripping the country, on Tuesday, warning that the number of people needing food aid was set to jump by four million.

The grim forecast for the country came as the United Nations humanitarian office (OCHA) released its projected needs assessments for next year.

“The country with the biggest problem in 2019 is going to be Yemen,” OCHA chief Mark Lowcock told reporters in Geneva.

He said that in 2017, the UN was providing food assistance to three million people a month, that figure rose to eight million per month this year and is expected to hit 12 million in 2019, Lowcock added.

According to the UN, the war has ravaged the country’s economy and caused the Yemeni riyal to depreciate 180 percent.

The cost of food has increased by 35 percent over the past 12 months, with more than 22 million Yemenis – a figure double the population of Sweden, needing humanitarian assistance. 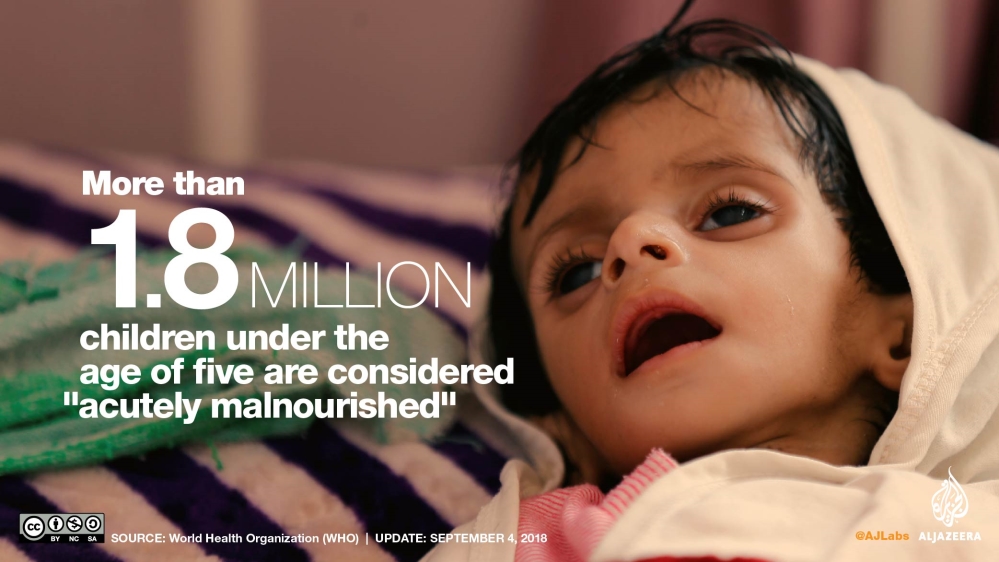