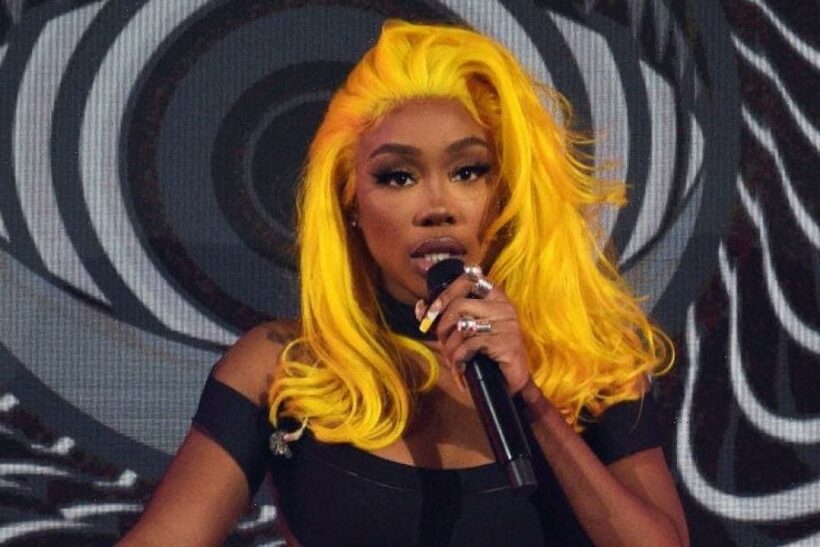 Muslims are the world’s second-largest religious group behind Christians. According to the Pew Research Center, nearly 1.6 billion people in the world practice Islam.

As such, there are a number of famous actors and actresses, singers, rappers, models and more who have converted to Islam or were born into the Muslim faith. Here we take a look at 22 famous Black Muslims.

*This article was originally published June 10, 2016

In 2014, the Chicago emcee told BET he abstains from drugs and alcohol as they go against his religious beliefs. “I try not to do that with anybody, any capacity. My fellow Muslims, non-Muslims, Christians whomever,” Fiasco pointed out. “At the end of the day we’re human, we have faults we make mistakes.”

Born Cassius Clay, Ali converted to Islam in 1964 when he was 22 years old. Throughout his career, particularly during the 1967 Vietnam war when he refused to be drafted. “I will not disgrace my religion, my people or myself by becoming a tool to enslave those who are fighting for their own justice, freedom and equality,” he declared. In the 1970s, Ali converted to Sunni Islam, the largest Muslim denomination worldwide.

Yasiin Bey, aka Mos Def, was introduced to Islam but his dad at age 13 and declared is faith at age 19. “If Islam’s sole interest is the welfare of mankind, then Islam is the strongest advocate of human rights anywhere on Earth,” he said in an interview with Beliefnet.

Q-Tip, one third of legendary hip-hop group A Tribe Called Quest, converted to Islam in 1996, ”I read the Koran and it appealed to me. At the time I was agnostic and it really breathed spiritually back into me,” he told The Guardian in 2008.

Dave Chapelle celebrates the Islamic faith, telling a Inside the Actors Studio host James Lipton that he  “is a Muslim” and while he doesn’t necessarily practice “the way a good Muslim” should, he said that he believes in the tenets of the faith.

The creator of Girlfriends and Being Mary Jane, Mara Brock Akil and her husband Salim, are Muslims. She told The Hollywood Reporter in 2012 that she “believe[s] in divine order all the time.” In her creative process, she said she “felt the presence of God all the way through. It was like it was meant to be.”

Singer Akon was born a Muslim. His faith, has played a large part in his musical career. He once told Abu Dhabi’s The National newspaper, “I was born a Muslim… and there has always been a debate about Islam and music. I never looked at the performing aspect of the music itself, but on the intention. Even if you look at the daily prayers in Islam, we pray in melody. When we hear the call to prayer in any part of the world, it is also done with melody. So, no one can tell me that music is haram…at the end of the day, Allah is watching and he knows what is in your heart.”

Many may not know but Busta Rhymes is a Muslim who cites the faith for his success. In 2007, he told Hollywood TV that he lives his “life by Islam.”

Mike Tyson converted to Islam and during an interview with Fox News in 2015, the famed boxer said “I’m very grateful to be a Muslim. Allah doesn’t need me, I need Allah.”

N.W.A’s rapper and actor Ice Cube converted to Islam in the 1990s but has said that he doesn’t practice the faith in the traditional sense. “What I call myself is a natural Muslim, because it’s just me and God, he told The Guardian in 2000. “You know, going to the mosque, the ritual and the tradition, it’s just not in me to do. So I don’t do it.”

Supermodel Iman was born in Somalia, an African country whose primary faith is Islam. In her 2001 memior, “I Am Iman,” she wrote that her profession and her practice of religion intersect in ways that could be sinful. “Somalia is a moderate Muslim country, but my religion dictates that this is not a profession I should be in…May Allah have mercy on my soul if I have sinned.”

At age 24, famed Los Angeles Laker and NBA Hall of Famer Kareem Abdul-Jabbar converted to Islam. In a 2015 essay for Al Jazeera America he wrote, “part of my conversion to Islam is accepting the responsibility to teach others about my religion, not to convert them but to co-exist with them through mutual respect, support and peace. One world does not have to mean one religion, just one belief in living in peace.”

Like his baby sister Janet, Jackson 5 member Jermaine converted to Islam. After touring the Middle East in 1989, Jackson said he felt as if he was “born again” because he “embraced Islam.”

Retired NBA star Shaquille O’Neal hasn’t spoken about his practice of the Islamic faith often but in 2010 he stated that he planned to embark on the Muslim pilgrimage called Hajj in Mecca, Saudi Arabia.

The actor opened up about being Muslim in a powerful speech during the SAG Awards, “I’m a Muslim. She didn’t do back flips when I called to tell her that I converted 17 years ago. But I tell you now, we put things to the side, and I’m able to see her and she’s able to see me, we love each other, the love has grown. And that stuff is minutia — it’s not that important.”

Ealy shared a photo of his wife Khatira Rafiqzada with the hashtag #NoMuslimBan.