Marvel producer Victoria Alonso has promised that there’s more to come in the way of LGBTQ+ representation within the MCU.

The producer, who most recently worked on Disney+ show Loki, assured fans that the studio has a lot “coming up that will be representative of the world of today”.

“It takes time, we have so many stories that we can tell,” Alonso told Variety, speaking from the red carpet at the Black Widow fan premiere in LA. “We will empower those that are. We’re not changing anything. We’re just showing the world who these people are, who these characters are. 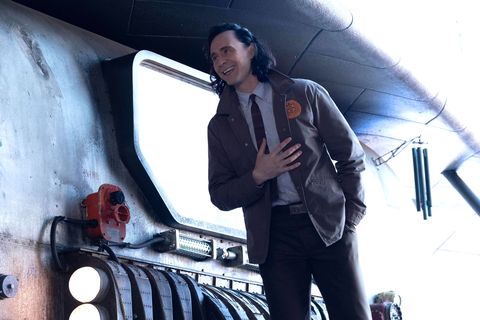 Related: Taika Waititi reveals how Thor: Love and Thunder is different from Ragnarok

“We’re not going to nail it in the first movie or the second movie or third movie, or the first show or second show, but we will do our best to consistently try to represent.”

Last month, it was confirmed on-screen that Tom Hiddleston’s Loki is bisexual in the third episode of the character’s standalone series, making him – and subsequently Sylvie, a version of himself from another timeline – the first canonically queer superheroes in the franchise’s 13-year history.

During her recent chat with the aforementioned publication, Alonso described the moment as “not a big deal”, and explained how it wasn’t something that was done to be “politically correct or incorrect”.

“It is what it is when it suits the character,” she said, before reiterating: “Don’t forget, we follow our comics. We try to follow them quite to the tee. So, in the comics, this is who he was.”

Later this year, Eternals will include the movie’s first queer couple, Phastos (Brian Tyree Henry) and the character’s husband (played by openly gay actor Haaz Sleiman). It’s unclear, however, just how big a role each character will play in the final outing.

It has also been teased that Tessa Thompson’s Valkyrie, who was named the new ruler of Asgard by Thor at the end of Avengers: Endgame, will have a ‘queen’ in upcoming sequel Thor: Love and Thunder.