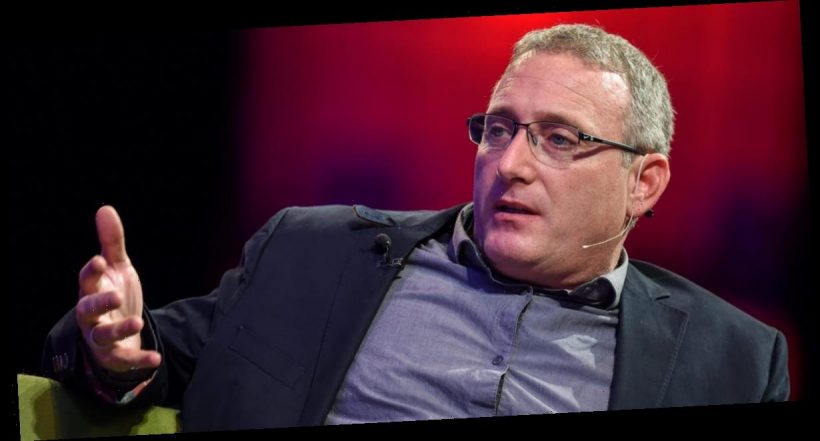 Google is a leader in search, video, and display advertising — but its ambitions to dominate navigation and outdoor advertising may have hit a speedbump. Waze, the popular navigation app Google acquired in 2013 and which sits independently next to Google’s core Maps product, has lost business in the pandemic.

In April 2020, Waze’s revenue — driven primarily by advertising — fell 60% month-over-month as clients cut their budgets at the start of the COVID-19 pandemic. In September 2020, the company cut 5% of its staff, mostly across international markets. And in January, founder Noam Bardin stepped down as CEO, a move he had initially planned to announce last spring but postponed to steer the company through the pandemic. No successor has yet been named.

A Waze spokeswoman told Insider that the layoffs and changes were made to refocus on a small number of priority markets. She added without providing more detail that Waze’s business and revenue had recovered to pre-pandemic levels by December 2020 thanks to new product rollouts like Location Badges.

But with the company lacking a clear path ahead, ad buyers and analysts have cooled on its business, and Waze’s place in the Google empire seems less certain than ever.

“Mapping in general is a really important next development in unlocking local advertising and local e-commerce opportunities for Google,” said Youssef Squali, an analyst at Truist Securities. “But it’s not really clear to me at this point how Google Maps differs from Waze in terms of the use case.”

Waze’s user base has climbed from 10 million in 2013, when it was acquired, to more than 140 million users worldwide, according to a blog post Bardin wrote after he stepped down as CEO.

As its usage has grown, Waze has also pitched advertising more aggressively, selling formats like Waze-specific units including the Zero-Speed Takeover ads, which target drivers who are at a complete stop, and making a play for a bigger share of brands’ out-of-home dollars.

But Waze never made a dent in advertisers’ budgets beyond some location-driven categories like quick-service restaurants and gas stations, ad buyers said. It generated more than $200 million annually from ads on its app before the pandemic, Reuters reported — a fraction of Google’s overall ad revenue of $56.9 billion in 2020’s fourth quarter.

“Waze had some serious potential to become a viable out-of-home component, but they don’t seem to have capitalized on the momentum,” said Brian Rappaport, CEO of Quan Media Group.

Waze has scale and swaths of consumer data but it didn’t offer anything that buyers couldn’t get elsewhere, said Martin Porter, SVP and managing director of out-of-home advertising at Dentsu. It’s easier to use other third-party vendors to tie location technology to billboards and target people across a number of apps instead of working directly with Waze, he said.

Some advertisers were also skittish about Waze running ads on its navigation app from the start, added Porter.

“It’s not a good look when you get into an accident because you were looking at a McDonald’s ad,” he said.

But even as the company has built new ad tools to adapt to clients and users in the pandemic, four ad buyers told Insider that they hadn’t heard from the company or their Waze reps in months.

That may have something to do with shifting priorities. Internally, there has been debate on whether to increase focus on advertising or to prioritize Waze Carpool, an app launched in 2016 that connects commuters with people who would pay them for rides, Reuters reported.

For now, Carpool seems to be winning. Most of the employees laid off last September were from Waze’s sales, marketing, and partnerships divisions, The Verge reported at the time.

“We’ve decided to focus our resources on product improvements for our users, accelerate our investments in technical infrastructure, and refocus our sales and marketing efforts on a small number of high-value countries,” Bardin told staff in an email at the time.

A former Waze employee also told Insider that the company has moved away from some forms of advertising. The company, on its part, has folded its out-of-home ad sales function into its overall digital sales function, a spokeswoman told Insider.

“With Waze taking a hit due to the pandemic, it pulled back on bets like out-of-home and has moved its focus toward what has worked,” said this person, who requested anonymity for fear of retribution. “It was a great product, but out-of-home has always been a vanity play rather than a must-buy.”

Since Google acquired Waze, outsiders have speculated that it was only a matter of time before the group was merged with Google Maps. Some analysts believe the departure of Bardin, who was Waze’s biggest champion for keeping it separate from Google’s other businesses, means that shift is inevitable.

“If they were confident that if they shut off Waze tomorrow and everyone would migrate to Maps, they would probably do it,” said Bernstein analyst Mark Shmulik.

Indeed, Google has added some of Waze’s most popular features to Maps, including driving-incident reports. Even Bardin suggested that Maps was an ongoing problem for Waze, saying in his blog, “Any idea we had was quickly co-opted by Google Maps.”

Bardin’s successor may also be an executive from another part of Google, an employee familiar with the company’s executive direction told Insider. The search for Waze’s next CEO is ongoing, this employee said, and includes internal and external candidates.

Google may want to merge Waze and Maps for many reasons. Google is pulling back on costly projects and consolidating other parts of the business. Plus, Waze’s $200 million revenue is small in comparison to Google’s advertising revenue. Bernstein’s Shmulik estimated Google Maps to be a $5 billion business for the company right now, and even advertisers have shown growing interest in the platform in recent years.

Several analysts have told Insider that they see Google Maps as a dramatically under-monetized part of the business, and Google has added new features throughout the pandemic to help small businesses find customers on Maps.

Waze is also rarely mentioned during the company’s quarterly earnings calls. “The fact they do speak to Maps and much less to Waze tells you where they’re focusing on,” said Truist’s Squali.

Waze and Google’s Maps divisions have their own advertising sales teams. But analysts including Forrester’s Collin Colburn and Pivotal’s Michael Levine said that Google would be smart to merge the two teams as long as it’s made clear to clients how the two services differ in how they target customers, though Colburn added that Google may fear alienating Waze’s dedicated users by wrapping it into Maps.