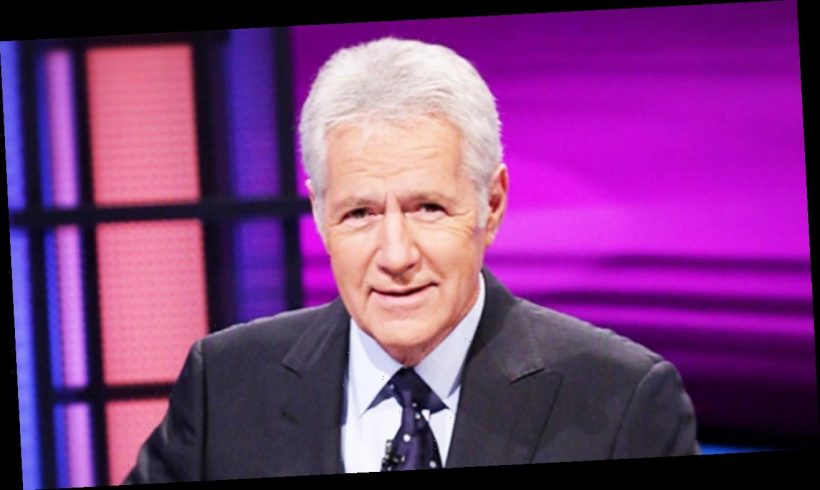 It was an emotional night for Alex Trebek’s family and fans. On Friday, the late game show host’s final Jeopardy! episode aired, and his daughter, Nicky Trebek, took a moment to praise her “extraordinary” father.

Nicky — the legendary TV personality’s adopted daughter from his marriage to ex-wife Elaine Trebek Kares — reposted Jeopardy!‘s tribute on her Instagram Story, adding, “We miss you dad.” She also posted a screenshot of her Facebook post, which read, “‘Jeopardy! Forever!'”

“You were extraordinary!!!” she captioned the Instagram post, adding the hashtag #wemissyoudad as well. She also tagged her step-mother Jean Currivan Trebek and step-siblings Emily and Matthew Trebeck.

Alex died on Nov. 8 after a battle with stage four pancreatic cancer. He was 80. 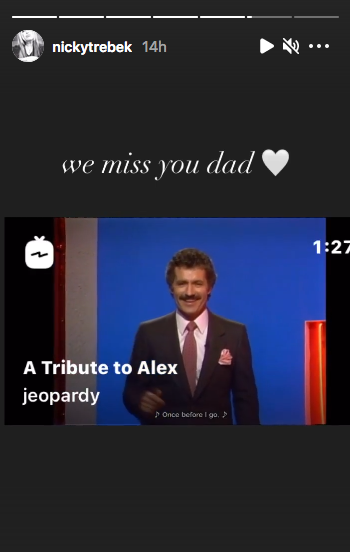 The final run of Alex’s episodes kicked off on Monday, Jan. 4, after previously being scheduled to air during the holiday season. However, Jeopardy! producers opted to air a week of “best-of” episodes instead, pushing his final week of episodes to the start of the new year.

His final episode included a touching and emotional tribute. Set to Peter Allen’s “Once Before I Go,” the tribute video featured footage from throughout his more than three decades as Jeopardy!’s host, including crazy costumes, quippy contestants, the rise and fall of his infamous mustache and the ever-present reminder that he “doesn’t write the clues.” The heartfelt flashback footage also showed the host bringing Matthew and Emily to the studio on “family visiting day” when they were young.

In a 2019 ET interview, the longtime host said he wanted to be remembered as “just a good guy”

“Somebody that you looked at on television on a daily basis, and said, ‘Hey, you know what, I like him,'” he shared.

For more on Alex’s incredible career, watch the video below.

Alex Trebek's Career: How He Became a Game Show Icon