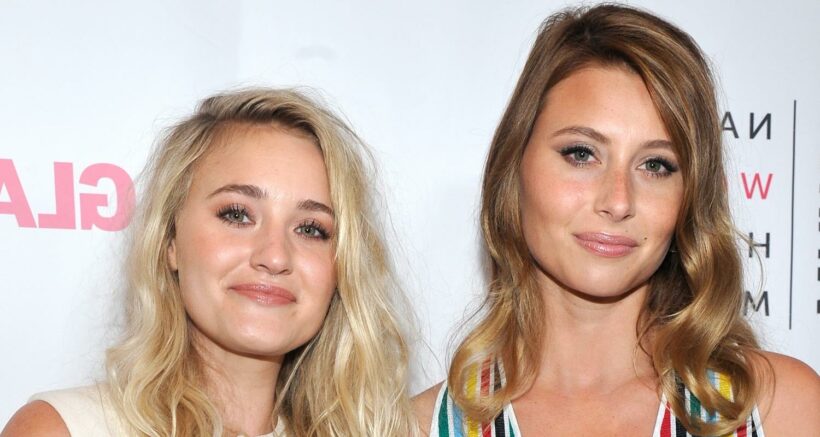 Aly & AJ just debuted their brand new full length record a touch of the beat gets you up on your feet gets you out and then into the sun!

Though the sister duo has released EPs and singles, this is their first full length album since Insomniatic in 2007.

“This album took us over a year & 9 months to complete. From those first few sessions with @yvesrothman rewriting the lyrics to Pretty Places that we had originally started with @jamiesierota years ago, to the trips to denver with @jorge_elbrecht in the winter cold,” they wrote on Instagram.

“This album very quickly revealed herself to us and we just stood by and ushered her in, because there was nothing else we could do but watch in amazement at these songs being quietly formed. Special thanks to our fearless leader @yvesrothman who pushed us to make the album we always knew was inside of us. Your lil sisters love you 💗,” they continued, before thanking many more.

In addition to their new record, Aly & AJ also just announced their 2022 A Touch of the Beat Tour!

Also new this week is Peyton Moormeier‘s latest track “3AM,” Kelaska‘s “High & Low” and Cassadee Pope‘s “What The Stars See.” Check out all the music below…