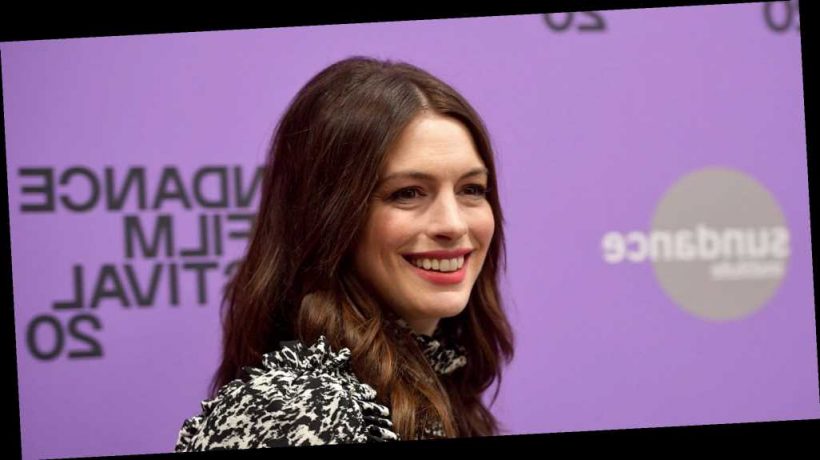 Before she was Andy Sachs and even before she was Amelia Mignonette Thermopolis Renaldo, Anne Hathaway was just Annie — and in a new interview, she explained that she wishes that she'd gone by Annie since the very beginning.

During an appearance on The Tonight Show Starring Jimmy Fallon, Hathaway noted that the host could call her Annie, because that's what everyone else does. She went on to say that Anne Hathaway stuck because it was what she ended up putting on her Screen Actors Guild card as a teenager — something she still regrets. "When I was 14 years old, I did a commercial and I had to get my SAG card. My name's Anne Hathaway. So that seemed like the right choice, but it never occurred to me that for the rest of my life people would call me Anne," she said. "The only person who ever calls me Anne is my mother, and she only does it when she's mad at me. Like, really mad. So every time I step out in public and someone calls my name, I think they're gonna yell at me. People are like, 'Anne!' And I'm like, 'What? What did I do?'"

Hathaway says that on set, people seem to call her anything but Annie, saying she's even suggested people call her "Miss H" and even "Hath."

"People are so lovely; they don't want to be presumptuous, and so I think they come up with workarounds on set," she explained. "Because the truth is nobody's comfortable with calling me Anne ever. It doesn't fit. I'm an Annie."