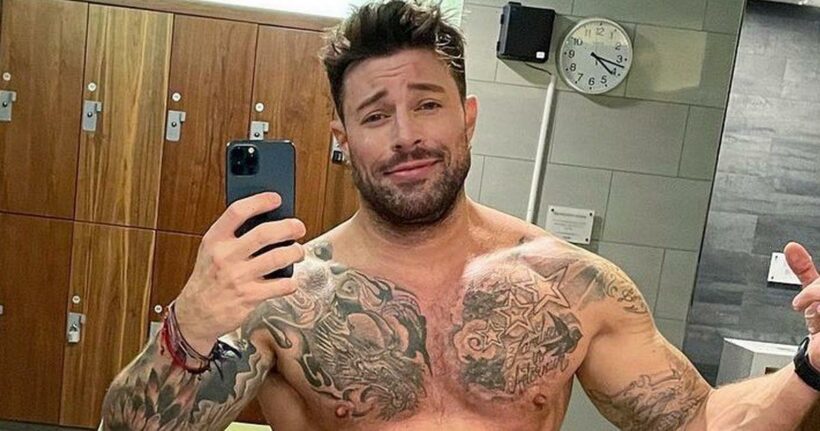 Blue’sDuncan Jameslooked almost unrecognisable in a photograph of him with long hair – a far cry from his usual short back and sides.

In recent photos of Duncan, the 43 year old sports a much shorter look, with his signature highlighted quiff.

He appeared to have gone all out on New Year’s Eve and dressed to impress in a snap of him alongside Denise Van Outen, who’s recently split from her fiancé Eddie Boxshall.

Duncan has long had short hair, but took to social media to share throwback photographs of him channelling his inner Tarzan where he can be seen with shoulder length locks.

The singer is topless in the photo and, despite looking good then, he toned up even more in the wake of taking part in Strictly's The Real Full Monty, where he bared all alongside other celebs for charity.

Duncan took part in the programme in memory of his late friend and Girls Aloud singer Sarah Harding, who passed away from breast cancer in November 2021.

Speaking about it, the 43 year old told The Mirror: “This was way scarier than performing with Blue, but I hope it encourages people to check themselves. We did gigs with Girls Aloud… I was closest to Sarah. I felt very sad when I found out she had cancer. With the whole Covid thing, she didn't want people to go and see her.”

He continued: “'As well as Sarah, one of my best friends is Anastasia. I have been with her when she has gone through breast cancer twice. We are so close, and it was really tough. Cancer is horrible. I hope people will check themselves regularly. And if they do see any lumps, it is so important to definitely not leave it and think it will be alright.”

Duncan also revealed his uncle had testicular cancer, and a friend’s sister had died from a brain tumour.

“One of my best friend’s sisters died from a brain tumour, my uncle had testicular cancer. Sadly, now, the statistic is one in two, which is just so shocking,” he said of their illnesses.

“I think everybody can relate, they know somebody who has suffered cancer or lost somebody to cancer,” Duncan added.

For updates on all your favourite celebs, sign up to our daily newsletter here .