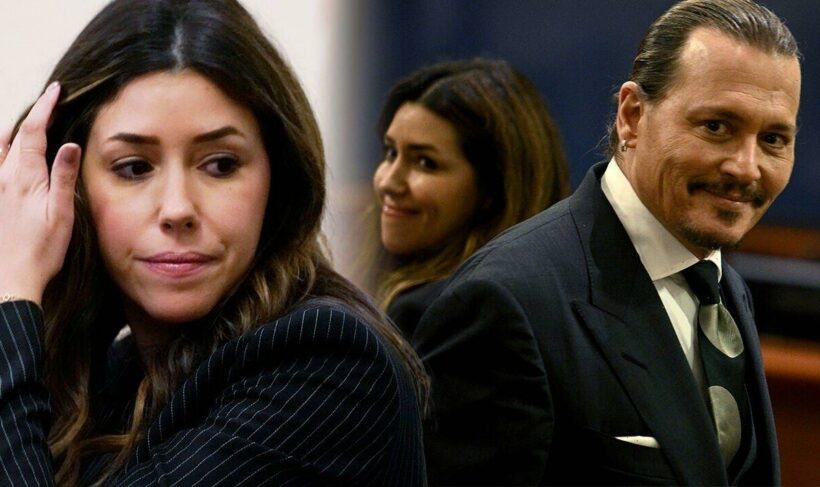 As the defamation trial between Johnny Depp and Amber Heard reaches its final week, the Aquaman actress has returned to the stand to provide evidence. Cross-examination began on Monday, as Mr Depp’s lawyers attempt to poke holes in Ms Heard’s statements. However, lawyer Camille Vasquez has received particular praise for her performance.

Mr Depp is currently in the process of suing Ms Heard for $50 million for defamation in response to an op-ed she wrote in 2018, which was published in The Washington Post.

Although Ms Heard did not specifically mention Mr Depp in the article, Mr Depp is arguing the piece cost him a number of movie roles.

The trial is now in its fifth week, and jurors have heard and seen proposed evidence of domestic abuse Mr Depp inflicted on Ms Heard to counter the defamation allegations.

However, Ms Vasquez’s performance seems to have picked up traction from viewers after a TikTok of her questioning Ms Heard went viral on Monday night, amongst additional commentary on various social media platforms including Twitter praising the attorney’s work.

During the cross-examination, Ms Vasquez pressed Ms Heard on the various claims Mr Depp had hit her, including the occasions he allegedly broke her nose, split her lip, and punched her in the head.

In response, Ms Vasquez presented multiple photos taken of Ms Heard days after the alleged insults with no visible sign of injury. Ms Heard countered this by claiming to have used make-up to cover the injuries.

Ms Vasquez presented Ms Heard with the famous recording where she says: “Tell the world, Johnny. Tell them, Johnny Depp. I, Johnny Depp, a man, I’m a victim too of domestic violence… see how many people believe or side with you.”

When asked to explain this, Ms Heard said she was expressing shock that he wouldn’t claim he was a victim given “this was the man who beat me up for five years.”

Then, when asked if Mr Depp was Ms Heard’s victim, she replied “no ma’am.”

Ms Vasquez also questioned Ms Heard on her $7 million divorce settlement with Mr Depp. Ms Heard pledged to donate the amount in its entirety to charity but has only donated a portion of it so far.

Ms Heard testified she still intends to do so but has been unable to due to the $50 million court case. However, on cross-examination, it emerged Ms Heard had received the full $7 million from My Depp months before he filed the lawsuit.

Who is Camille Vasquez?

Mr Depp is being represented by a team from Brown Rudnick, a major international law firm to which Ms Vasquez, 37, belongs.

The legal expert has played a particularly major role in the Virginia courtroom, amassing significant attention on social media for her tough questioning nature during the trial, which is currently being live-streamed on YouTube.

Ms Vasquez gained her Bachelor’s degree from the University of Southern California and Juris Doctor from Southwestern Law School, before taking her bar exam in California.

Her bio on the Brown Rudnick website reads: “Camille is adept at formulating offensive and defensive litigation strategies for private clients.