Even though she missed out on performing her hit song “WAP” at President Joe Biden’s Inauguration this week, Cardi B decided to put on a show during a shopping trip with her husband, Offset.

Wearing a skintight, transparent dress by the designer Pierre-Louis Auvray, Cardi B was photographed in Beverly Hills on Friday. The eye-catching look featured a galactic-print over a female silhouette on sheer fabric, with a sweater shrug and full-body border helping to create an optical illusion on the rapper. Unsurprisingly, onlookers stopped to take photos of the Hustlers star’s look.

Cardi B accessorized the incredible outfit with YSL heels and red-rimmed shades. 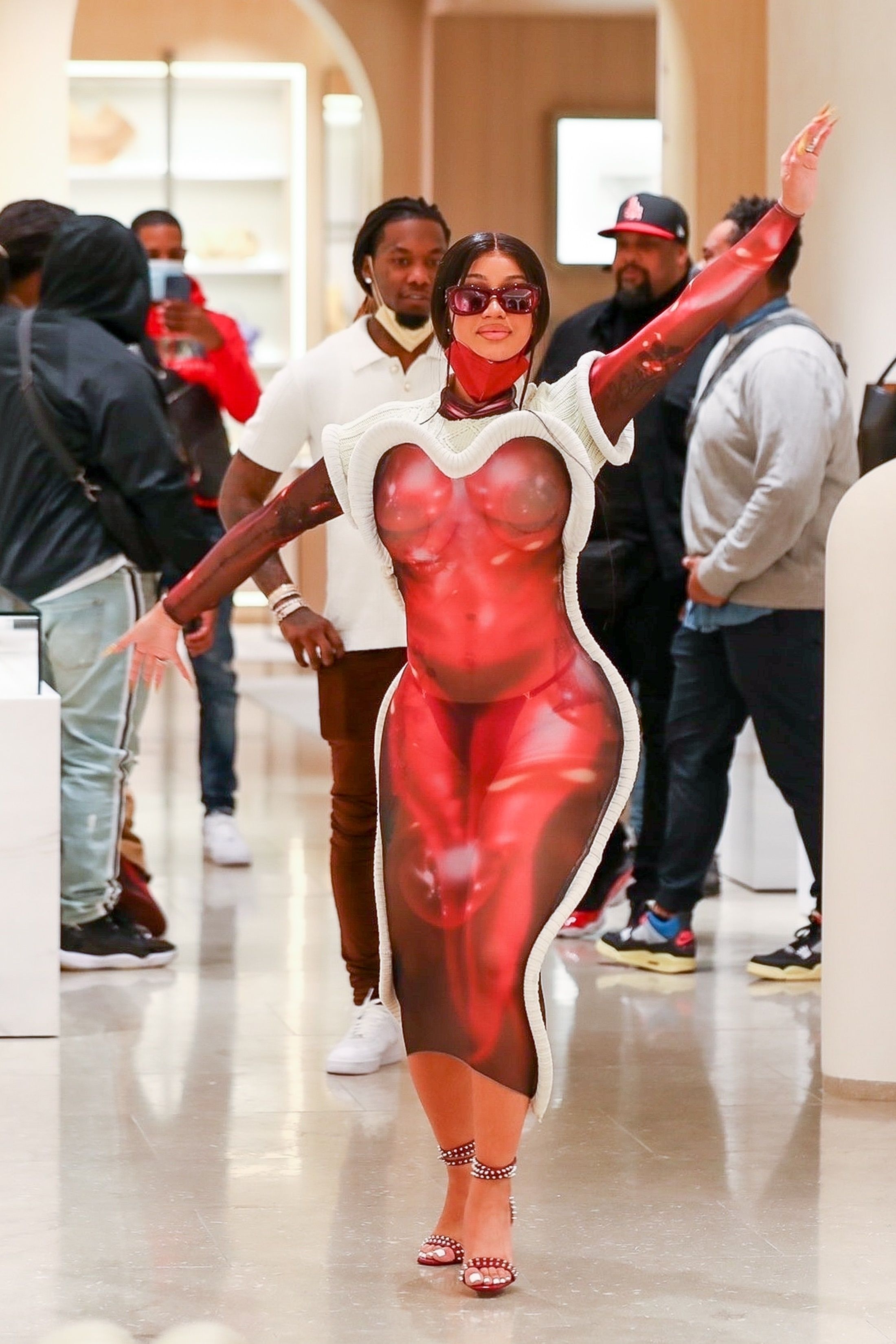 For ELLE‘s September 2020 cover story, Cardi B discussed the murder of Breonna Taylor, and asked male rappers to demand justice and be more vocal. Taylor, a 26-year-old Black woman who worked as an emergency medical technician, was shot and killed when multiple officers entered her home on a no-knock warrant while she was sleeping. “A woman like Breonna Taylor, she was young,” Cardi B told ELLE. “She looked like she was listening to your music. She looked like she was your fan. You should stick up for her.”

“What they did to her is really f*cked up. Really f*cked up,” Cardi said during the interview. “What’s the excuse? Why is the cop not in jail? Wasn’t what he did a crime? It’s a crime! And no apology. No apology. No video of the cop coming out crying, ‘I fucked up. I don’t this. I don’t that.’ Nothing. It’s nothing. I don’t even know how her mom still holds her head up. Unbelievable.”