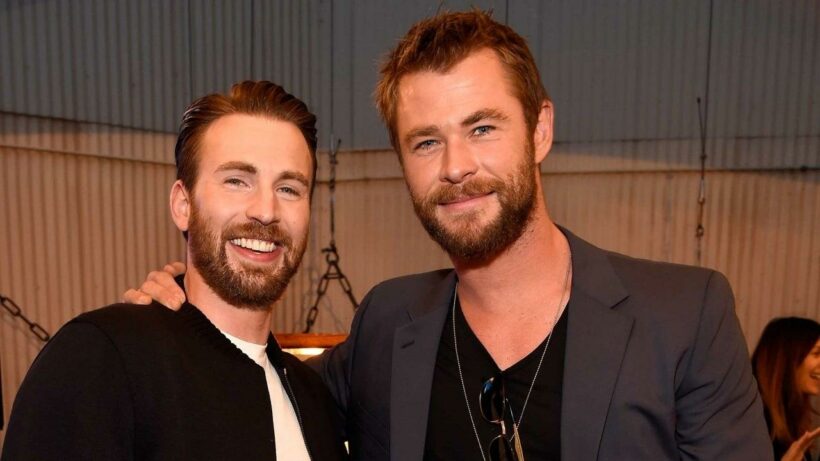 Happy birthday to Chris Evans! The actor turned 40 on Sunday, and his Avengers co-star Chris Hemsworth couldn’t help but celebrate with a photo of his favorite Chris.

The pic shows Hemsworth flashing a goofy smile and sporting Thor’s long locks while on set — alongside a smiling Chris Pratt, who is dress as Star-Lord and giving a big thumbs up to the camera.

The friendly battle for the title of Best Chris has raged for years, with Pratt attempting to put an end to the debate in December. The Jurassic World star made it into the final of his fantasy football league, AGBO Superhero League, which he and other actors — including Evans and Hemsworth — had been playing throughout the season to raise money for charity.

“I snuck two very, very close victories off, the most recent against Chris Evans. He had beat Chris Hemsworth last week, so I guess we can finally put an end to that debate. Who’s the better Chris?” Pratt quipped on Instagram, before adding, “It’s one of them. I do have them in body fat content, though. So, I am more buoyant. Take that, gang.”

See more on Evans in the video below.