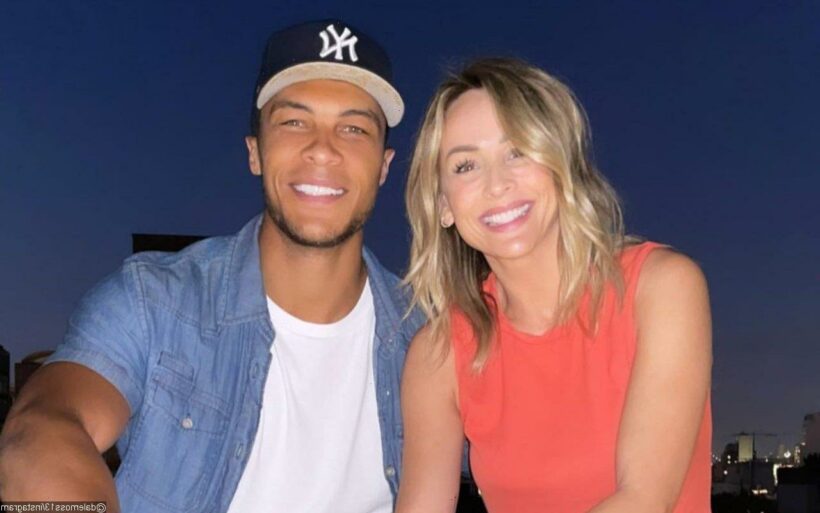 Prior to this, the former football player was said to be having scandalous hookup with Abigail Heringer with a source saying that the two had indeed ‘hooked up at one point long before her stint on ‘Bachelor in Paradise’.’

AceShowbiz –Dale Moss has broken his silence about his breakup with Clare Crawley. In a statement via his representative on Monday, October 4, the former contestant of “The Bachelorette” detailed how they split and explained the events that followed.

“Dale and Clare broke up in mid September when Clare was in New York City spending time with him,” the statement read. “Clare then chose to fly home to Sacramento and asked Dale to send her things.” A couple of weeks later, “Dale chose to immediately fly out to Sacramento to be with her” as soon as he heard that the condition of her mom, who has dementia and Alzheimer, got worsened.

It continued, “Dale flew to Sacramento last Tuesday morning to be with Clare, her mother and their family. On Wednesday, Dale flew to Los Angeles for a work obligation and had every intention to travel back to Sacramento to be with her but his number was blocked, which made it impossible to communicate with Clare. It is unfortunate that the next time Dale heard anything from Clare it was on social media.”

In the statement, Dale also appeared to address rumors that he hooked up with fellow Bachelor Nation Abigail Heringer when he was in break with Clare. “Dale has chosen not to speak publicly regarding all these reports because he wants to give Clare and her family the respect they need during this difficult time. Dale knows what it is like to watch a mother’s health deteriorate over time, and how devastating that is,” the statement went on to read.

“He hopes that people will understand the current situation enough to respect everyone’s privacy during this time. He wishes Clare nothing but the best, and he is keeping her and her family in his thoughts and prayers,” the statement concluded.

Prior to this, Dale was said to be having scandalous hookup with Abigail with a source telling Us Weekly that the two had indeed “hooked up at one point long before her stint on ‘Bachelor in Paradise‘.” The insider also added that Abigail didn’t try to keep the fling a secret among her friends because she “was under the impression that he and Clare weren’t serious” anymore.

Clare, who subtly tagged Abigail in her recent post addressing the nature of her relationship with Dale, allegedly “found out about the alleged hookup from the internet rumors that day and tagged her in her photo to show everyone that she knew what had happened.” However, another source denied they ever hooked up. “Everyone went to a bar after, they did not sleep together. He’s never cheated on Clare. They never kissed or had sex. Dale is friends with Abigail,” the informant said.