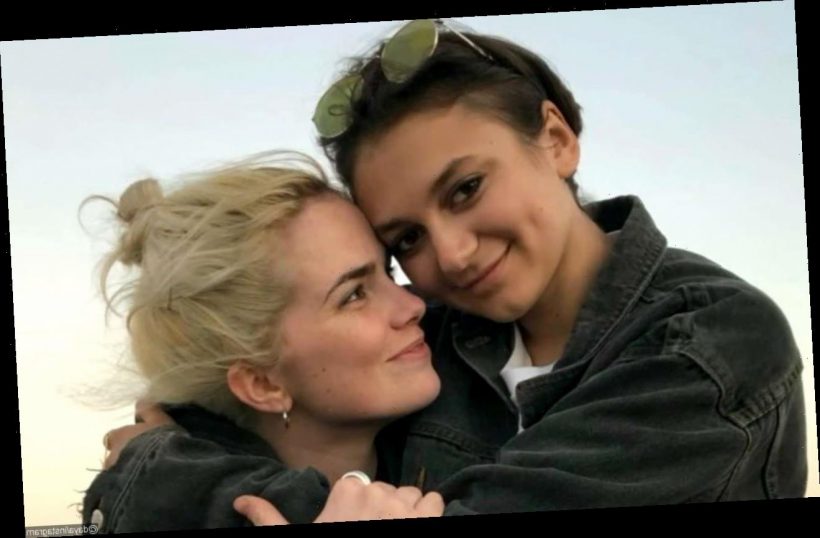 Using an Instagram post, the ‘Bad Girl’ hitmaker introduces Clyde as her girlfriend whom she has dated for three years, saying that the new track is about her.

AceShowbiz -Despite singing about Mister Right on her single “Sit Still, Sit Pretty”, Daya has apparently found herself a girlfriend. Two months after dropping a new single titled “Bad Girl”, the 22-year-old singer came forward about the girl she has been dating for three years.

On Friday, April 2, the “Hide Away” singer took to her Instagram account to introduce her girlfriend, Clyde Munroe, to her followers. In the caption of the post that compiled her intimate photos and videos with Clyde, she wrote, “Now u know <33 #badgirl.”

Over the montage itself, Daya shared a more detailed explanation. “For those wondering who I wrote this song about, this is Clyde,” she noted. “We’ve been dating for 3 years now. She’s my best friend and my whole world. I’m so lucky.” For the bold confession, she was showered with many red heart emojis and congratulatory comments.

Daya first came out about her sexual identity in 2018. The “Don’t Let Me Down” singer announced that she was a bisexual on Instagram. “One day late but happy 1st national coming out day to me! what a crazy thing! all i gotta say is follow your gut and don’t feel like you owe any sort of explanation to anyone,” she wrote.

“Your sexuality is yours only so build with it at a pace that works for you,” the singer continued. “I’m proud to be a bisexual member of the LGBTQ community with a girl i love who makes me feel more like me every day.”

She went on asking fans to come out only if they were ready or feel safe doing so. “The support has been beyond and though it wasn’t always easy i also recognize how privileged i am to have had so much of it, so i especially wanna be there for those of u who aren’t surrounded by the most accepting family/friends/communities. stay authentic, talk thru it with people u trust, know you’re loved and that i’m thinking of u,” she noted.

Right around Coming Out Day that same year, Daya’s girlfriend Clyde posted their picture on her Instagram account. In the photo, Daya was seen striking a selfie pose while Clyde hugged her from behind. The post was added with a simple, yet meaningful caption that read, “<3.”