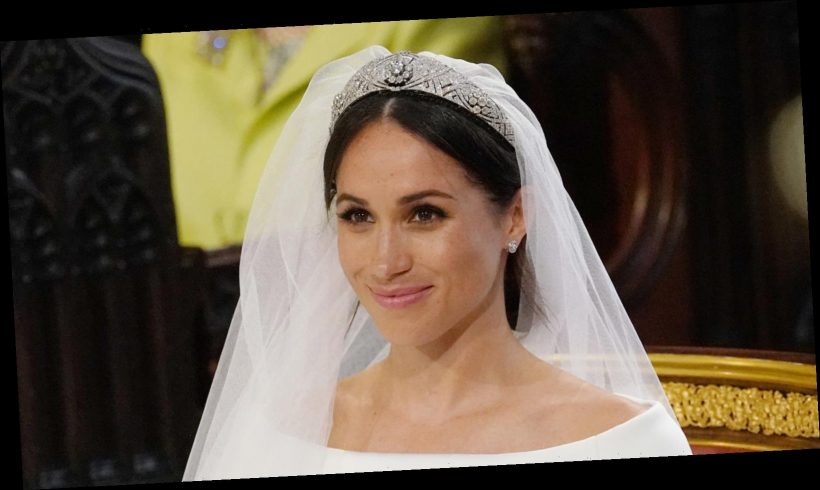 One of the most exciting and difficult decisions for any bride-to-be is choosing a dress, but if you’re lucky enough to be born a princess or find yourself marrying into the royal family, you’ve got the even more difficult choice of choosing a tiara. Sure, choosing a priceless headpiece steeped in history doesn’t exactly sound like hardship, but as Vogue points out, for a royal or soon-to-be royal, her wedding day is the very first time a titled woman gets to wear the esteemed jewels of her station, making her choice of diadem more than just a fashion statement — it’s a part of history.

But much like any precious gem, not all royal jewels are created equal, and that means some tiaras are much more coveted than others, even if they are all beautiful.

Curious about which diamond encrusted crowns are considered the best? 4th generation diamond expert, G.I.A. Graduate Gemologist and founder and CEO of The Clear Cut, Olivia Landau, gave The List the royal rundown on the British family’s most famous wedding tiaras, and here’s how she ranks the Crown’s most celebrated coronets.

Most famously worn by Queen Elizabeth in 1947 at her wedding to Prince Phillip, the Queen Mary tiara, according to Vogue, is one of the most precious to the House of Windsor because of its rich ancestral heritage. According to the outlet, In 1919, Queen Mary asked the House of Garrard — the royal family’s official jeweler — to refurbish a necklace given to her as a wedding gift by Queen Victoria into a tiara. Made to look like a traditional Russian headdress called a kokoshnik, the tiara was also worn by Princess Anne, and most recently by Princess Beatrice on their wedding days.

Described by Olivia Landau as “regal, elegant and timeless” the diadem which is made of 47 graduated bars can, according to The Crown Chronicles, also be worn as a necklace. As Landau explains of her favorite of all the British wedding tiaras, “First place is clear!” Adding, “It looks like it is filled with old European cut and old mine cut diamonds.”

Second on the list is the one-of-a-kind tiara worn by Princess Eugenie at her wedding to Jack Brooksbank in 2018. Most memorable for the emeralds which, as Landau points out, “give a stunning pop of color,” the gem expert explains that the crowning glory of the tiara, which also features a kokoshnik inspired shape, is the center jewel — a 93.7 carat emerald. According to People, it was originally thought that Princess Eugenie would wear the same tiara her mother, Sarah Ferguson, wore on her wedding day to the Queen’s son, Prince Andrew, but she made a bold statement with the emerald adorned headpiece.

According to Tatler, the unique tiara was originally created in 1919 for socialite Margaret Greville. Upon her death, Greville, bequeathed the tiara to her friend, Queen Mary, who eventually gifted it to her daughter Queen Elizabeth. People further detailed that, “It is made of brilliant and rose-cut diamonds pavé set in platinum, with six emeralds on either side.”

Queen Elizabeth’s younger sister, Margaret, didn’t borrow her wedding tiara from her older sister’s royal collection. Instead, according to Town and Country, the grand and seemingly largest wedding tiara on the list, was purchased at auction a year before her marriage to Antony Armstrong-Jones in 1960.

While it’s unknown who actually paid for the purchase of the tiara. Landau notes that it was originally created for Lady Poltimore, the wife of the Baron Poltimore, who People explained, was the treasurer for Queen Victoria’s household from 1872 to 1874. Tatler points out that the Poltimore tiara was, much like The Queen Mary diamond fringe tiara, designed by the House of Garrard, and as explained to Town and Country by Mahnaz Ispahani Bartos, a vintage jewelry dealer and scholar, “Once bought, Margaret couldn’t wait to wear it.” Landau adds, “The Poltimore tiara is [in the] Victorian style and its size makes it feel fancy and grand.”

When the “People’s Princess,” Diana, married Prince Charles in 1981, her “iconic” tiara, as described by Landau, was actually one of her family’s own heirlooms. The diamond expert added that the Spencer family tiara has a signature “rounded” style, which she explains, “gives it a sweet and young look.”

People further reported that the tiara, which was also worn by Diana’s sisters, was constructed from several different pieces of jewelry that hold historical significance for the family, making it an important Spencer heirloom, and as Olivia Landau notes, makes the tiara, which isn’t as extravagant as others on the list, “extra special.”

According to Vogue, Diana was offered the Lover’s Knot tiara from the Queen’s collection for her wedding day, but, not surprisingly, chose the Spencer tiara instead, which the outlet noted she wore on many other royal occasions because she felt it was lighter and more comfortable than many of the tiaras in the Queen’s collection.

It might come last on Landau’s list, but this tiara still sparkles. Described by Landau as “dainty and subtle,” the Cartier Halo tiara, famously worn by Kate Middleton on her wedding day in 2011, was, as explained by Vogue, given to the Queen on her 18th birthday by her mother. It was originally a gift commissioned by King George VI as a gift for his wife, Queen Elizabeth I, back in 1936. According to the outlet, The Queen never wore the Cartier Halo in public, but it has since become one of the most recognizable diadem in the world after Kate and William’s wedding.

Much like Middleton’s style, Landau describes the Cartier Halo tiara as “classic and timeless,” adding that its “art deco style… gives it a unique charm and subtle beauty.” According to Vogue, the tiara might look simple, but “it’s made of 739 brilliant cut diamonds and 149 baguette diamonds.”