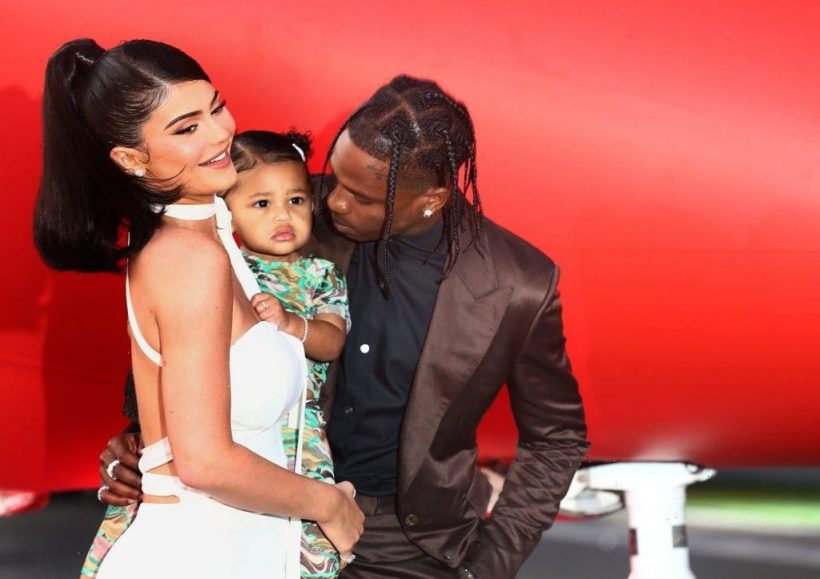 It’s hard to keep up with who the Karashian/Jenner women are dating. Kylie Jenner and Travis Scott seem to constantly be in an off and on relationship. The two often spend time with one another to co-parent their daughter, Stormi, but fans have often speculated that the relationship is romantic again. Now, Scott has been seen out with a mystery woman and fans are questioning everything.

Jenner and Scott began hanging out at Coachella in 2017. Jenner got pregnant quickly and gave birth to Stormi on Feb. 1, 2018. Fast forward to October 2019, and the couple’s relationship problems became public.

“The couple has been hot and cold since their last breakup, and haven’t been able to fully get on the same page again,” a source told Entertainment Tonight at the time. “They are both extremely busy with different schedules and since Kylie found out about Travis messaging another girl on Instagram, the rebuilding of trust has been hard.

“Kylie is young, but she really wants the traditional family life,” the source continued. “She has seen her older sisters with big families and multiple kids and she wants the same. She loved being at home with Travis and their daughter, Stormi Webster, more than anything. But right now, their priorities are different.”

While Jenner was ready to settle down, Scott was not.

“It was hard for him to be coming home every night to be with the family and putting Stormi to bed,” the source said. “That’s not where he is in his life. It made Kylie insecure and anxious. The last few months, Kylie felt they were drifting and she was never really sure what was going on.”

After Scott was no longer Jenner’s boyfriend, the two continued to spend time with one another, even without Stormi. At one point, the pair were reportedly sneaking out to dinners together.

“Kylie and Travis are spending a good amount of time together right now,” a source close to the pair told HollywoodLife. “They have snuck out to dinner without getting photographed on a few occasions at least in the last few weeks alone. They try to be discreet about it because they don’t want all the chatter that follows.”

In April of 2020, Jenner sparked engagement rumors when she posted a video on her Instagram story showing off Cartier’s solitaire LOVE engagement ring. In the background of the video, Kid Cudi’s song, “The Scotts” played.

Over the weekend, Scott was spotted taking a smoke break outside of a venue in LA. Close to him, was a mystery woman, who seemed to hover around where Scott stood. Pictures of the mystery beauty can be seen here. Though Scott and the woman did not physically interact while outside, they entered the venue together after the smoke break.

Scott has not confirmed that he is in a new relationship.