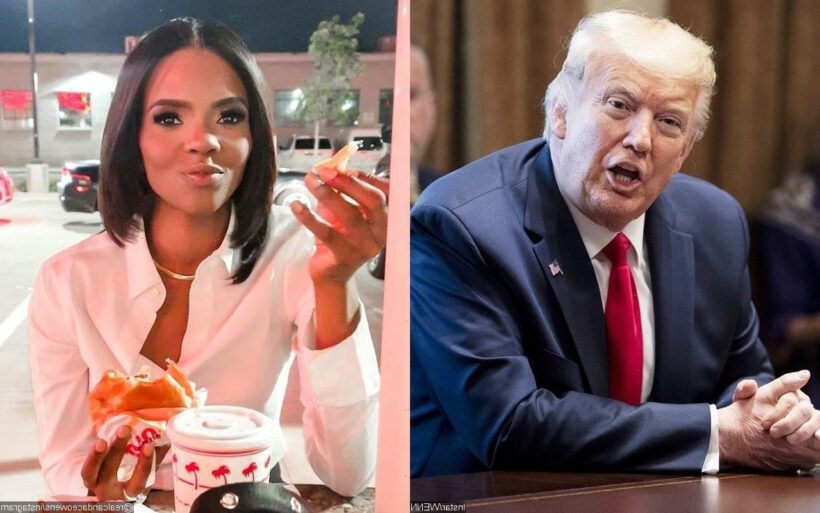 The political commentator also points out on her Twitter account that she still doesn’t trust the COVID-19 vaccine and ‘will never be too fearful to express [her] viewpoint.’

AceShowbiz –Candace Owens has defended herself following her embarrassing interview with Donald Trump. Having been trolled online after the former president countered her anti-vax stance, the conservative author said he’s pro-COVID-19 vaccine because he’s too “old” to do better research.

The 32-year-old offered her two cents through a video shared on her Instagram page. “People oftentimes forget that, like, how old Trump is,” she said. “He comes from a generation — I’ve seen a lot of people who are older, have the exact same perspective, like, they came from a time before TV, before internet, before being able to conduct independent research.”

“And everything they read to them that was in a newspaper that was pitched to them,” Owens, who has been a vocal supporter of Trump, went on explaining. “They believed that that was a reality.”

Owens also declared on Twitter that she has “no issue with any person who wants to get the vaccine. I just will never ever let that vaccine into my body.” She added, “I believe firmly that Big Pharma is the greatest evil on the face of the planet. I am healthy, young, in shape and simply unafraid of Covid-19.”

“I will never waver in my perspective that anything that requires a mass fear campaign, censorship, coercion, threats, and bribery to make people comply is not rooted in health or science,” she continued in a separate post. “I do not trust the vaccine and I will never be too fearful to express my viewpoint.”

This arrived after Trump pushed back on Owens’ skepticism about the effectiveness and safety of COVID-19 vaccine. “Forget about the mandates, people have to have their freedom, but at the same time, the vaccine is one of the greatest achievements of mankind,” Trump told her on her show “Candace”.

When the political commentator tried to take aim at President Joe Biden by diminishing the vaccine, the father of Ivanka Trump interjected, “Oh no, the vaccines work, but some people aren’t the ones.” He then explained, “The ones who get very sick and go to the hospital are the ones that don’t take the vaccine. But it’s still their choice. And if you take the vaccine, you’re protected.”