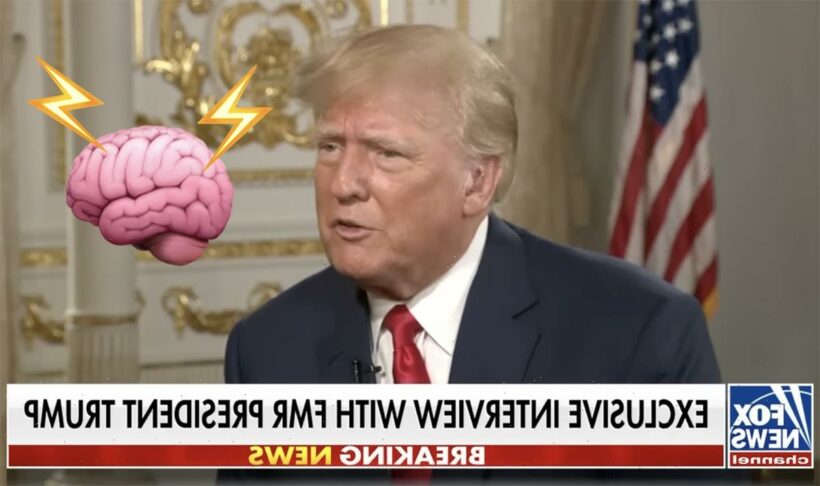 Is it… is it possible Donald Trump may not actually get away with something??

After the FBI raided Mar-A-Lago, the former President’s Palm Beach resort, the case at first seemed like a slam dunk. There were dozens of classified documents there, just as the National Archives said. So not only was that proof Trump had taken the top secret docs — which is illegal at best and evidence of espionage at worst — it was also proof he’d lied about it. He’d previously assured the government in writing that he didn’t have any more classified docs. That’s obstruction of justice!

Like we said, slam dunk case, right? Well, if it were anyone but Trump…

He somehow got the case moved to a completely different district in Florida in order to get a judge that he’d personally appointed. Trump then demanded a Special Master — a third party — review all the documents before the government could use them for their case. The former POTUS didn’t have a legal leg to stand on given he was only implying that some of what was found might be privileged — without ever actually claiming any privilege. In any case, the idea he had any legal claim to top secret national defense documents was absurd on its face. He’s a private citizen now. There’s no legitimate reason for him to still have any of those materials.

Somehow his handpicked Judge Eileen Cannon ruled in his favor, even picking his suggestion for a Special Master over the government’s. The DOJ motioned to exclude the classified docs from the Special Master review — after all, they’re TOP SECRET! Most of the FBI agents who pulled them from boxes in the closet at Mar-A-Lago weren’t even allowed to read them! But Cannon denied the motion — leaving them no choice but to take it to a higher court. They appealed to the 11th Circuit, which ruled on Wednesday night…

That Judge Cannon was wrong, and the DOJ was right!

They agreed with the Justice Department that protecting national defense secrets was obviously more important than the potential damage to Trump’s reputation, which is what Cannon had prioritized in her ruling. The appeals panel ruled:

“It is self-evident that the public has a strong interest in ensuring that the storage of the classified records did not result in ‘exceptionally grave damage to the national security.’ Ascertaining that necessarily involves reviewing the documents, determining who had access to them and when, and deciding which (if any) sources or methods are compromised.”

They agreed with the DOJ that delaying this kind of investigation “risks imposing real and significant harm on the United States and the public.”

Finally some common sense here! Not to mention, a focus on the law and not on what Trump wants.

This rare piece of good news in this case was balanced with a truly astounding claim from Trump. In an interview on Fox News with his unofficial adviser Sean Hannity, he finally said the thing his lawyers were trying really hard NOT to say.

See, it all comes down to this idea that Trump declassified the documents. Because if he had declassified them while he was still President, they weren’t classified, right? So no crime. It’s an argument they were happy to make on conservative TV and radio… but when it came to any legal docs, they just wouldn’t say it. Why? They have absolutely ZERO proof he ever declassified any of it. (And considering some of it is nuclear secrets, of course he couldn’t have declassified those docs without a big fuss.)

They even told the Special Master they couldn’t provide proof he had declassified everything because it might harm them in future legal proceedings. Um… what?? TBH we don’t know what that means. We’re not sure if it’s because our law degree comes from SVU or because it’s utter nonsense. But Special Master Raymond Dearie — remember, Trump’s choice — seemed to think the latter, telling them:

In other words, if they wanted to argue he declassified the docs, they needed to do it. Legally. Not just hint at it. That’s not how court works.

Well, their client finally revealed what everyone knew. There IS no evidence he declassified anything. Because as far as he was concerned, he didn’t have to go through any proper channels or, you know, tell anyone. Just like everything else in his presidency, he believed he had ascended to godhood like Louis XIV — and was somehow all-powerful. He proved it on Wednesday night’s broadcast. When Hannity asked him about evidence of declassifying the docs, Trump declared:

“There doesn’t have to be a process, as I understand it. You’re the president of the United States, you can declassify just by saying it’s declassified, even by thinking about it.”

“Even by thinking about it.”

Hilariously, the 11th Circuit appeals board — which was 2/3 Trump judges btw — said as far as they were concerned it wouldn’t have mattered if he had declassified the docs secretly, just for himself. They pointed out Trump still has not shown why he “has a personal interest in” the documents. They noted Trump “has not even attempted to show that he has a need to know the information contained in the classified documents… Nor has he established that the current administration has waived that requirement for these documents.”

That’s what the DOJ really needs to get to the bottom of, considering the only reasons anyone can think of are, well, probably violations of the Espionage Act. Thankfully they’ll be able to continue their investigation now… until Trump’s next delay tactic anyway.